EXCLUSIVE: Leon Edwards backs ‘booming’ UK MMA scene to reach another level ‘if a guy from Birmingham can dethrone the pound-for-pound No 1’… with ‘Rocky’ eyeing history in UFC 278 showdown with Kamaru Usman

There’s no weight of history or millstone around the neck of Leon Edwards when he steps in for the fight of his life on Saturday night.

Britain has only ever boasted one UFC champion since the promotion teed off in 1993. Michael Bisping’s unexpected short-notice triumph over Luke Rockhold back in 2016 remains pinnacle on these shores.

But, as Edwards points out, Bisping was living and training in the USA at the time, which is an important caveat for ‘Rocky’. 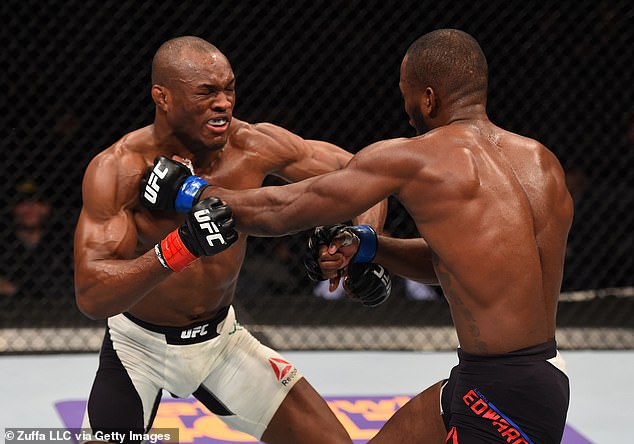 With the chance to become Britain’s second UFC champion at UFC 278 in Salt Lake City, Edwards knows what a win could do for his native Birmingham and every MMA gym across the UK.

In an exclusive interview with Sportsmail, the 30-year-old reflected: ‘It has surprised me that we’ve not had more British UFC champions.

‘Even growing up in the UK seeing Bisping win it gave us all more confidence that we can do it as well. I know Bisping did it, but he did it while living in America.

‘If a guy from Birmingham can go out there and beat the so-called pound-for-pound No 1, it will do a lot for other gyms in the UK, showing we’re on the right path.

He continued: ‘Right now, MMA is booming in the UK. What’s going on in Birmingham, Liverpool and London is fantastic. Over the next five years, you will see more champions coming out of the UK. 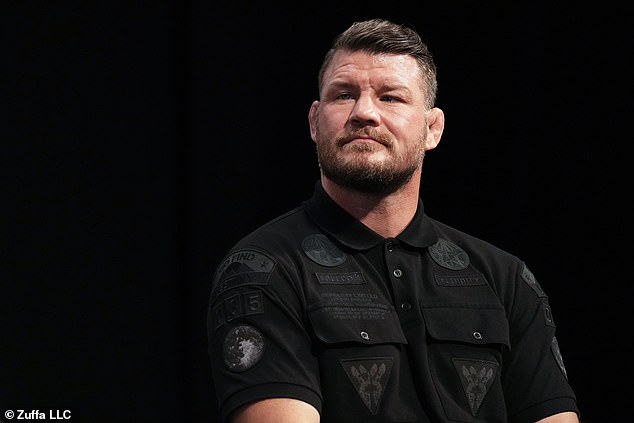 ‘I’ll never have to buy a beer in Birmingham again if I win the belt. It will be the biggest thing to happen to Birmingham in terms of combat sports.’

Utah seems an unlikely spot for Edwards’ shot at gold but fans in the Beehive state will swarm to 18,300-capacity Vivint Arena ready for a brilliant welterweight title fight.

Neither Usman or Edwards are renowned showmen or trash-talkers. Both thrive on the thrill of competition there’s a purity to this fight.

It’s the best against the best played out against the backdrop of their first encounter seven years ago, just one year before Bisping broke new ground for the Brits.

‘I’m excited, it has been a long time coming, seven years in the making, the last fight he beat me and neither of us have lost since then,’ Edwards went on. 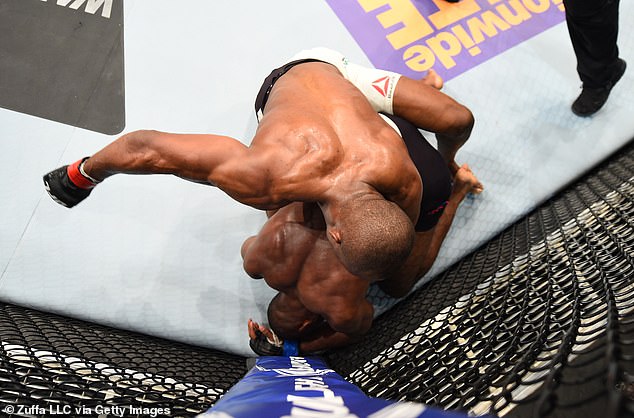 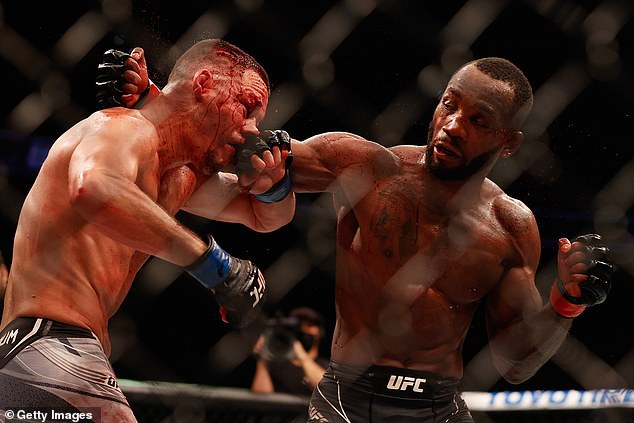 ‘He became the champion and I racked up 10 wins in a row, this is a true fight for the belt, No 1 vs No 2 and I’m looking forward to becoming world champion.

‘I think I’m just overall a better MMA fighter than back in 2015, the grappling, even striking and mixing it all together.

‘When we first fought I’d only being doing MMA for four years. Now I’m 30-years-old, going into my fourth main event in the UFC so I feel like I’m a veteran at such a young age.’

Of course, Usman has improved too. The ‘Nigerian Nightmare’ has developed a clean, crisp and powerful striking game to go with his suffocating wrestling.

It was the grappling that paid dividends over a 15-minute decision win the first time he clashed with Edwards. But ‘Rocky’ hopes the champion’s newfound confidence with his hands will lead to more striking exchanges.

He added: ‘It will 100 percent play into my hands, I think he’ll try to strike first but then go back to what he knows, which is wrestling. He’s improved his boxing so let’s see, let’s see how he comes out. If he wants to take me on in a striking match then good luck to him. 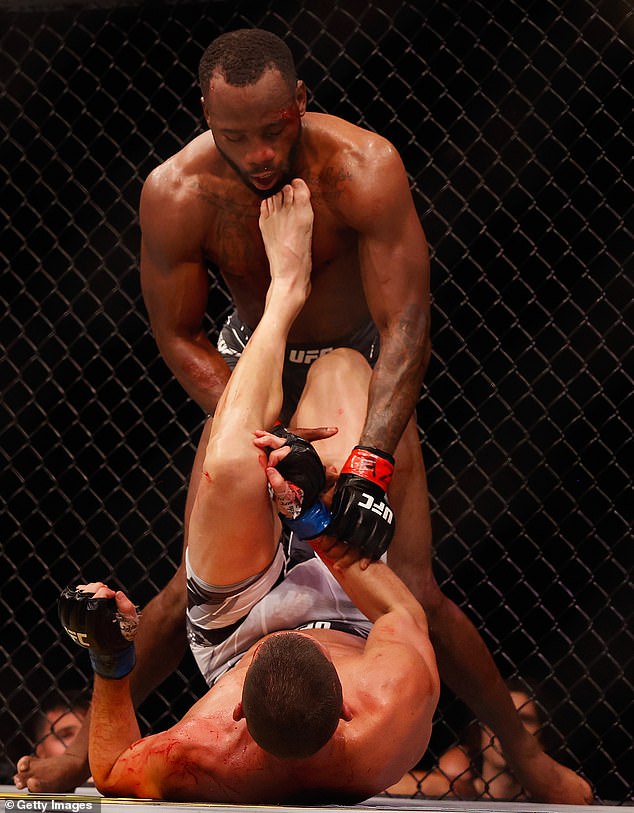 Usman has swatted aside all comers and Edwards watched on with interest, picking apart where opponents went wrong. Many were shocked to see him flatline Jorge Masvidal and swat aside Gilbert Burns, but Edwards is dismissive of both.

‘It hasn’t surprised me to see him dominate,’ he surmised. Burns and Masvidal are both average fighters and small for the division so I thought he would have success against them.

‘The way he fights is like a bully fighter, he relies on his strength and being the bigger and stronger man when he’s fighting. I watch when he’s fought other big names in the division, obviously along with my coaches too, who go into more detail about it.

‘I do have a look and think “what would I do”, in certain situations. I’m excited to go out there and see who’s improved the most.’ 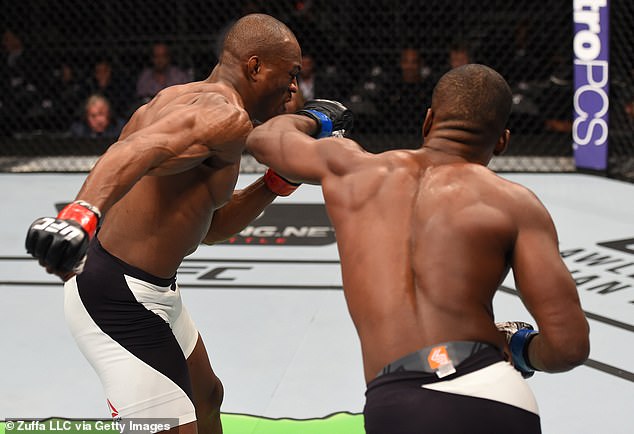 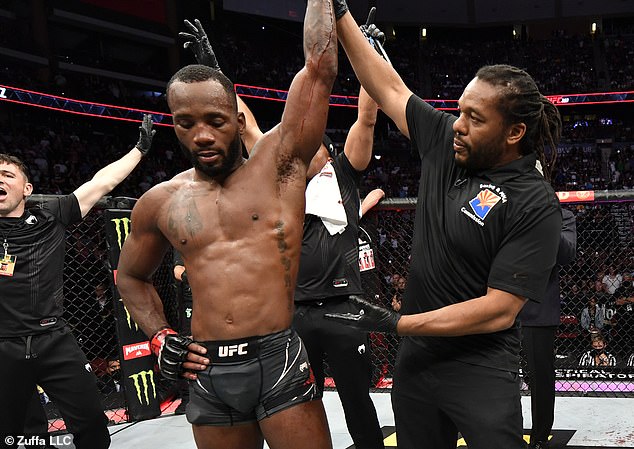 Rematches rarely follow the same template as the first fight. Seven years of sharpening their weapons has transformed both men and while Edwards is unsure about how the contest will ebb and flow, he only sees one winner.

‘I’m approaching it as a brand new fight, it has been so long since we first fought, I don’t want to consider it. I break it down as a brand new opponent.’

So what of post-fight celebrations in the Mormon heartland?

He admits: ‘In Utah, I don’t know how good the after party is going to be! But we’ll have one here and then back in the UK there will be another mad celebration with my friends, my family and team.’