Emma Raducanu has hired Russian coach Dmitry Tursunov ahead of the summer North American hardcourt swing. The British number one will be guided by the 2006 Davis Cup winner starting at next week’s Washington Open.

According to Mail Online, if their initial spell working together is a fruitful one, the 39-year-old will guide the teen through her time in North America which will finish with her second appearance at the US Open, where she is the defending champion. However, if Tursurnov had been the Brit’s coach at Wimbledon, he would have been allowed to enter despite the ban imposed on those from Russia and Belarus.

The former world number 20 – who was the last player Tim Henman beat at a Grand Slam before retiring in 2007 – would not have been barred from the All England Club this year, as the ban only extended to players and media. Tursurnov is Raducanu’s first full-time coach since she split with Torben Beltz after just five months back in April.

He is said to have adopted a forthright coaching style, which might just be what the British star needs as she bids to return to the form she showed en route to winning in New York last year. The Bromley local has made just two quarter-finals appearances since her US Open triumph and struggled with multiple injuries so far this season. Tursurnov gave an insight into his coaching technique during an interview with tennis.com.

“Sometimes I enjoy acting like an idiot, but I really know what I’m talking about and I’m passionate about it,” he said. “You need to have the other person agree with the process, and you have to find better ways of communicating and getting your point across.

“And, of course, players are quite sensitive – they’re one of the best in their fields. It’s about showing them they have room to improve.” As Raducanu prepares to return to the court this week, she spoke about her tough upbringing and the methods that moulded her into a champion tennis player.

“My mum was always telling me, ‘You can do anything you set your mind to,'” the 19-year-old said. “My dad’s method was very different, basically the opposite. He told me that I couldn’t do this and that, and then I wanted to prove him wrong so badly. 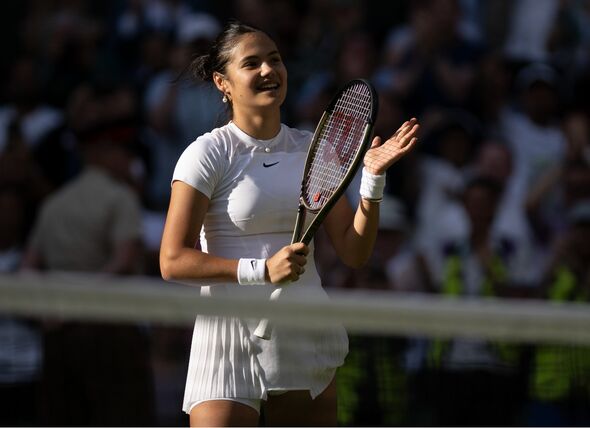 “That’s what made me so ambitious. My mum was always backing me to prove him wrong. That’s how I achieved good results.” Raducanu has been under immense pressure over the last year as she became a global superstar within the blink of an eye. But she thrives under the microscope thanks to lessons learnt from her Chinese mother, Renee, and Romanian father Ion.

“My parents always told me how it is, and I always had this sense of wanting to prove them wrong,” Raducanu continued. “Even in primary school, we had a sprint race on sports day, and for seven years straight, I won it. I’m undefeated. I really like to win. I love the fight. When things get tough, keep getting yourself back up. Keep persevering.”