Wimbledon semi-finalist and US Open doubles champion Roger Taylor, 78, back on the court at his wife’s club which has marked balls, hand sanitiser and 10-minute buffer between slots

England’s tennis courts sprang to life on Wednesday morning — and occupying the very first slot at his local club was one of Britain’s finest post-war players.

At 8.30am Roger Taylor, now 78 but twice a Wimbledon semi-finalist and US Open doubles champion, walked out to play at Westside, just up the road in south-west London from the All England club, which remained closed.

Taylor still wields a racket regularly, and was immediately looking for a hit at the thriving 700-member operation, where his wife Alison is the head coach.

Roger Taylor, now 78, was a Wimbledon semi-finalist twice and US Open doubles champion 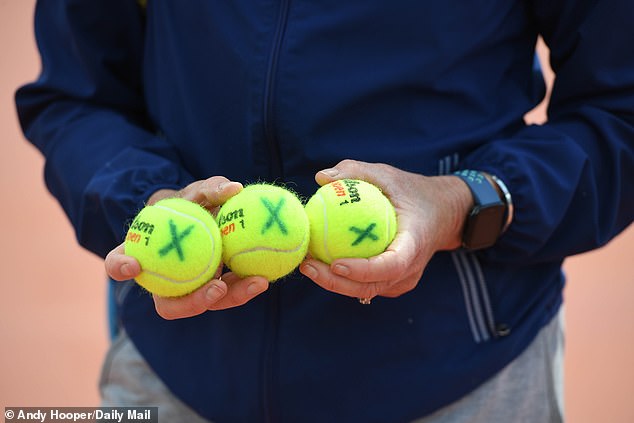 On Wednesday morning, he was at his wife Alison’s club in south west London and she revealed that they are marking balls to prevent contamination by picking each others up

The reopening was the result of 48 hours’ frantic work by her and other club staff, following on from Sunday’s address by the Prime Minister.

While Britain’s elite players were scrambling around to find somewhere to practise, there was an almost festive air among those who play for recreation after nearly two months being denied their hobby.

She described the return as a mixture of happiness and relief, combined with the hard graft of things like furniture removal to comply with social distancing regulations. 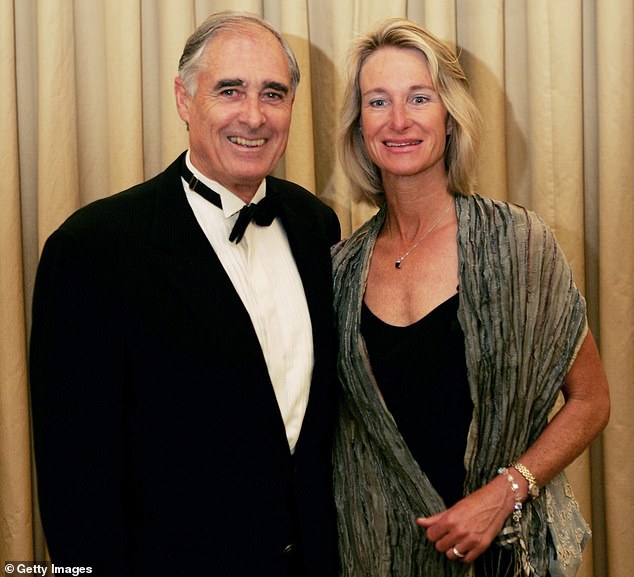 ‘On Sunday night we were a bit unclear but on Monday when they said two people from outside a household could play we really started to prepare,’ said Alison.

‘We’ve removed all the benches so nobody can congregate. We ask people to arrive just prior to their slot. There’s a 10-minute buffer between each court time so they don’t cross over.

‘We provide hand sanitiser and we’ve got somebody on hand to organise things at all times. We mark the balls, so if I’m playing with a friend we pick up our own balls. We are spraying them after every session.

‘I’m going to see what wearing a mask is like when coaching but keeping the distance is the most important thing.

‘We are allowing doubles among household members.’

This has been an anxious time for clubs and their self-employed coaches. Alison praised the Lawn Tennis Association’s £95-a-week relief payment to coaches, and her club have also been impressed with the efficiency of the Government’s emergency grant scheme, which has tided them over. 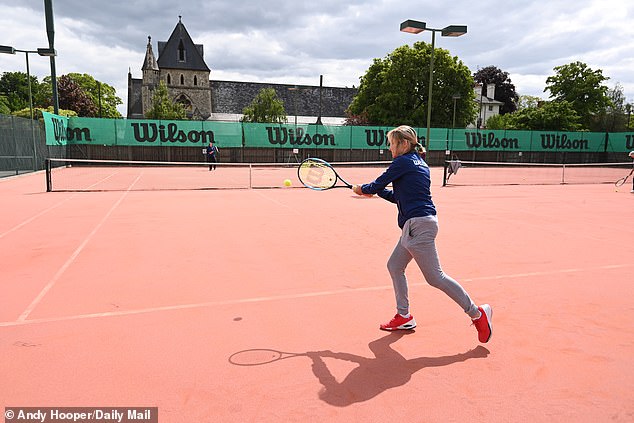 ‘The feeling is happiness and relief,’ she said. ‘It’s good for people’s physical and mental health. For some of our members it’s very important, just getting out to do something they love.’

Westside was out of the blocks more quickly than its more illustrious neighbour in SW19 as Wimbledon will not be open to members until Saturday, and then with only three non-grass courts available for play.

The National Tennis Centre in Roehampton was hoping on Wednesday night to gain clearance to open either on Thursday or Friday. With players spread around the country, GB Davis Cup players Ken and Neal Skupski enjoyed a first hit together at Liverpool’s Palmerston Tennis Club.

Plans continue to be developed for UK-based events. Barry Fulcher, director of the independent Progress Tour, announced on Wednesday that they will be staging a closed British women’s championships, with the venue and date yet to be determined.