Andy Murray has given his verdict on Roger Federer’s farewell at the Laver Cup. The Brit is making his debut at the tournament in what is the first and last time that all of the Big Four will play on the same team as Federer will retire following his doubles match with Rafael Nadal on Friday night. And Murray assessed the 41-year-old’s decision to end his career alongside one of his biggest rivals.

Federer announced last week that the Laver Cup would be the final tournament of his career, as he had to listen to his body and retire following more than a year sidelined with his ongoing right knee injury. The 20-time Grand Slam champion then confirmed he would only play one doubles match and withdraw from the singles, with Nadal later announced as his partner for his final match.

The duo paired up once before at the inaugural Laver Cup in 2017 and will join forces once again to cap off Federer’s career when they take on Team World’s Jack Sock and Frances Tiafoe. It will be a unique send-off for the Swiss star, who has opted to play alongside one of his biggest rivals rather than retiring at a regular ATP event, but Murray believes it is the best decision.

“This, to me, I don’t know — maybe it doesn’t feel the same way for Roger, but I think it feels right,” the three-time Major winner said during Team Europe’s joint press conference. “Like, seeing him and Rafa on the same side of the net together and finishing their careers as a team in this event.

JUST IN: Djokovic and Nadal given early tip off over Federer retirement plans 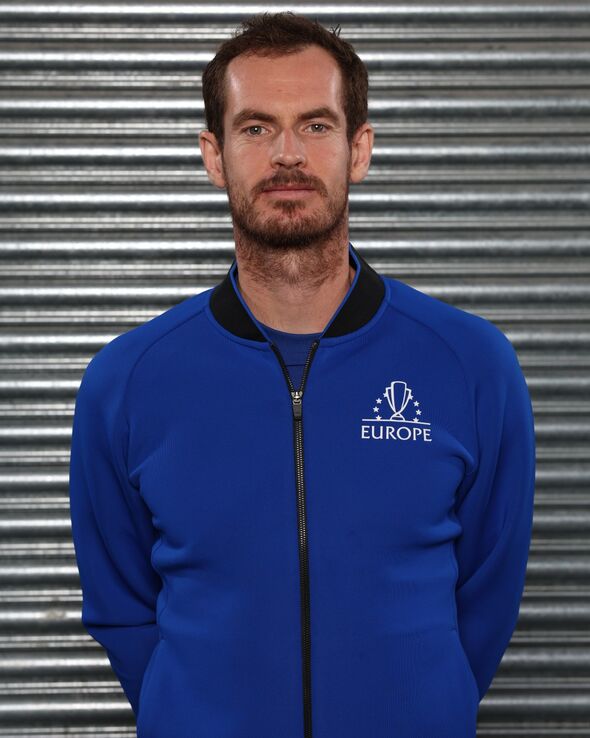 “With, you know, Bjorn on the side of the court, John McEnroe there, Rod Laver in the stands. Is going to be a really cool way to end an incredible career.”

Murray has dealt with his own injury woes in recent years, announcing he would be forced to end his career at the 2019 Australian Open before undergoing hip resurfacing surgery and mounting a comeback, now sitting at No 43 in the world. And he confessed that he had thought about his own retirement while praising Federer’s decision to end his career alongside his rivals at the Laver Cup. 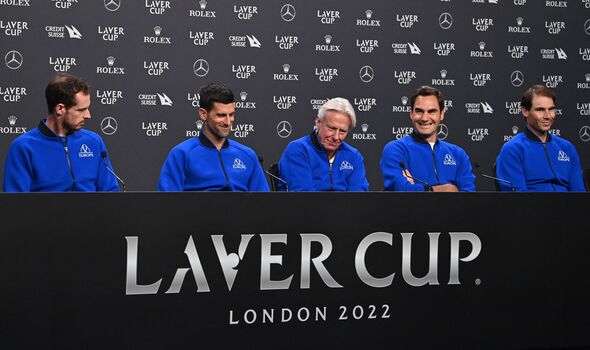 “Yeah, I have thought about it myself, but I don’t think there’s many better ways to go out than like this,” he added. And Federer himself made a confession, as he said it felt “right” to be the first out of the Big Four to retire while sat alongside Nadal, Murray and Djokovic.

“Maybe one thing I would like to add. I always felt or sitting here it feels good that I go first from the guys. It just feels right,” he smiled.