Super-agent Patricio Apey, who has managed to likes of Andy Murray and Stefanos Tsitsipas, has warned Roger Federer, Rafael Nadal and Novak Djokovic that their dominance at the top of tennis may be coming to an end.

For a number of years the Next Gens stars have been tipped to take over the mantle from the Big Three.

Shock upsets are becoming more frequent as Stefanos Tsitsipas, Alexander Zverev and Daniil Medvedev battle to become the best of the rest.

However, Apey thinks this season, once it resumes after the coronavirus break, could be full of surprises.

“There are a few players that are already beating the Big Three throughout the year,” Apey told Tennis 365.

“Stefanos beating Roger in Australia last year was a big step rather than beating him or Nadal or Djokovic in Masters 1000 titles, which is also important but now the young guys need to make their mark in the Grand Slams. Exciting times ahead for tennis.”

He also helped Murray reach world No 1 during the Brit’s formative years.

Murray went on to win three Grand Slam titles and two Olympic gold medals but has since been hampered by a career-threatening injury.

The 32-year-old underwent hip resurfacing surgery last year and is on the mend – much to the delight of his former manager.

“What has been made clear by Andy is his love for the sport of tennis,” Apey said.

“One of the most admirable qualities that I saw in Andy from a young age, was that he has never ever been motivated by money, rather his love of the game and his deep-rooted desire to compete and win.

“The majority of players that face such serious injuries simply give up. It is much easier to do so. 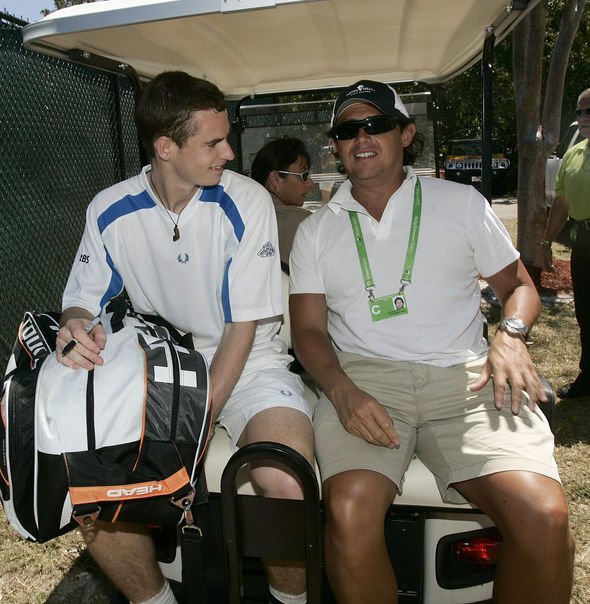 “However, as Andy has proven, without owing anybody an explanation as to why, is that he has a never-ending, burning desire to compete.

“It is as if he wants to pay respect to his sport to give absolutely everything he has to give and he serves as a great inspiration to younger generations as to how to go about competing, and respecting the competition of his sport.

“I only hope that he stays in tennis in some capacity when he retires – the sport will be better for it.”