Roger Federer returns to the ATP Tour for the first time in over 12 months next week at the Qatar Open, and has learned his projected draw in Doha, with a potential showdown with top seed Dominic Thiem on the line in the final if he can return in strong form.

Federer has not played competitively since the semi-finals of the 2020 Australian Open and had two knee surgeries last year that forced him to sit out the rest of the season after Melbourne.

But he will make his long-awaited return to the court in the Middle East as he looks to build up his fitness for the French Open.

And the 103-time ATP Tour titlist has now learned that he will take on either Frenchman Jeremy Chardy or British No 1 Dan Evans in his first match back.

The 39-year-old has been given a bye into the second round and will have to wait to find out who he faces of the duo until they go head-to-head in round one.

Should he get past either world No 64 Chardy or No 28-ranked Evans, the 20-time Grand Slam champion is expected to take on Croatian Borna Coric.

Denis Shapovalov, the world No 11, is then the potential semi-final opponent with Federer having only played the Canadian once before. 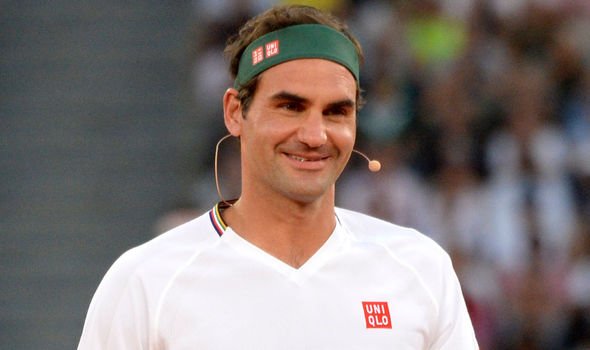 If Federer, who is ranked fifth in the world, makes the final in Doha then he is likely to face off with Thiem, the man one place ahead of him in the rankings.

The Austrian world No 4, winner of the US Open last year, boasts a 5-2 career record against Federer, who is 26-3 in Doha, and has won all of their past three meetings.

Speaking after arriving in Qatar on Friday night, the second-seeded Swiss icon said: “It’s been a year since my last travel to any event and I’m very excited.

“This is the moment where I could maybe thank all the people involved who made this possible. It’s been a long and hard road.

“I know I’m not at the finish line yet, but it’s good. I feel like I’m in a good place, I’ve been practising very well.

“Hope you guys also are going to tune in to watch it and I hope I see you again very soon. Take care everybody.” 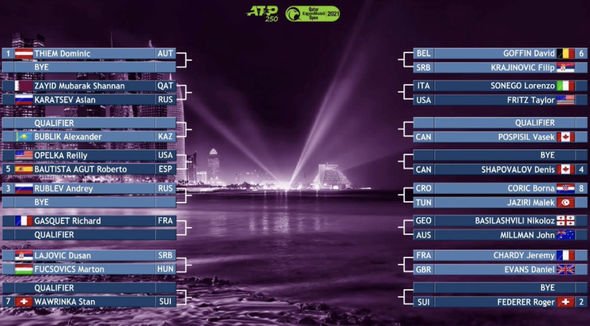 Federer is a three-time Qatar Open winner but has not been victorious since 2011, with Andrey Rublev the reigning champion of the ATP 250 event, which began in 1993.

The Russian defeated Andy Murray this week at the Rotterdam Open, which Federer won back in 2018.

Others who will play at the Khalifa International Tennis and Squash Complex include Roberto Bautista Agut, who won the tournament in 2019, and Stan Wawrinka.

The players at the Qatar Open are competing for a prize of around £570,000 and 250 ranking points.