Ivan Ljubicic has described his four-year coaching relationship with Roger Federer a ‘privilege’. Ljubicic and Federer were once rivals and played each other 16 times over the course of their careers.

But after amicably splitting with Stefan Edberg in 2015, Federer decided to bring in Ljubicic to work alongside Severin Luthi.

And their link-up has proven to be extremely fruitful with the Swiss star winning 22 titles in that time and only Novak Djokovic and Rafael Nadal winning more.

Currently, Federer is out injured with a knee injury, with the target of returning to action in June.

The break has given Ljubicic time to focus on his other endeavours including mentorship and his two sports agencies, who represent Borna Coric among others.

But working with Federer remains Ljubicic’s biggest role and speaking in an interview with Swiss publication Tages Anzeiger, the former world No 3 spoke highly of his time with the 20-time Grand Slam champion.

He said: ”I am grateful for the opportunities that this gave me and none was greater than the privilege of working with Roger.”

Ljubicic also hailed his relationship with Luthi and fitness trainer Pierre Paganini as ‘valuable’ to their success with Federer. 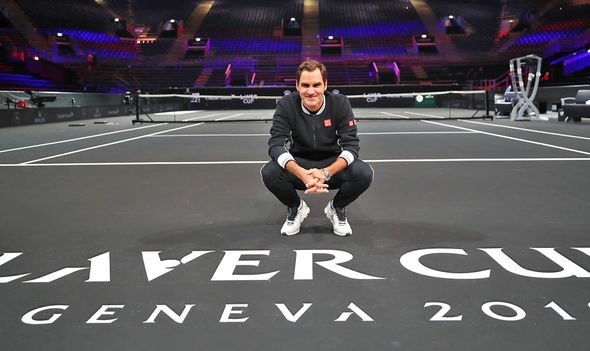 “We have a good time with each other, and that’s valuable because we spend a lot of time together,” he added.

Federer is hopeful of making his comeback from injury at the Noventi Open in Halle, where he has won 10 times.

And former British player and ATP commentator Naomi Cavaday feels it would be ‘ridiculous’ to expect him to return and quickly get back to his usual level.

“He is very good at being able to pick up his level quickly,” Cavaday said.

“But that has become more difficult as he has got older. Those periods of times out have become a little bit longer because he’s been playing a reduced schedule for quite a long time.

“He’s chosen to miss the clay-court on a few occasions so this one is a bit more of a forced break.

“But I think he will come back just fine, maybe not his absolute sharpest but that would be a bit ridiculous. I’m sure he is going to be very very good.”