It would be ‘absurd’ for Roger Federer’s Laver Cup to insist on taking place following the French Tennis Federation’s decision to move the French Open. That is the few of Swiss Fed Cup captain Heinz Guenthardt.

There has been uproar within the tennis world after Roland Garros was rescheduled for September by the FFT.

Among the events impacted by the move is the Laver Cup which has become popular with fans in its three editions.

Federer is at the forefront of the event and had already confirmed his intention to play in Boston.

The Swiss now faces the complication of having to choose between them if the current proposed schedule stays the same.

The likes of Rafael Nadal and Nick Kyrgios, who have embraced the Laver Cup, may also be forced into a decision.

But for Guenthardt the choice between the two competitions is a no-brainer.

He told Swiss publication Tages Anzeiger: “You will never bring everyone together, unfortunately, and reach an agreement. And there are not many alternatives either.

“If you are the French Open, you will say to Mr Godsick (Federer’s agent): ‘Look, we are moving there’ and Mr Godsick will say: ‘This is not possible, this is our week’. 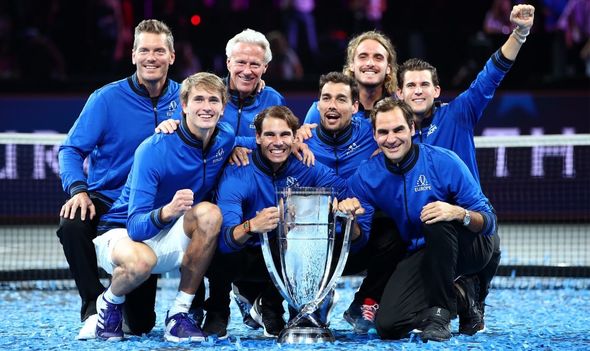 “And Paris would say: ‘Thank you for speaking to each other’. It would be absurd if the Laver Cup insisted on its date.

“Stop saying: ‘Oh God, it’s unbelievable what they did’. Among other things, the players earn so much money thanks to Paris. It is a cornerstone of tennis.

“How would you stand if you said: ‘I would rather play the Laver Cup than a Grand Slam tournament’.

“If you had the choice as a tennis fan: Laver Cup or Roland Garros, which would you choose?

“In Paris, 128 men and 128 women play in the main field alone, plus qualifications and doubles.

“There are about a dozen players at the Laver Cup. The ATP is a player association, it must act accordingly.

“Especially because the players in the lower ranks are now dependent on the money of the French Open.”