Roger Federer has opened up on the condition of his knee which required two operations last year. Federer went under the knife soon after the 2020 Australian Open, initially ruling him out until the summer.

But a setback in his rehabilitation led to a second operation, which would force him to miss the remainder of the 2020 season.

There was initially some hope that he would make his comeback at this year’s Australian Open, but that was ruled out in December with Federer not feeling ready to compete in five-set matches.

Instead, the Qatar Open was pencilled in as his official return to the tour, where he defeated Dan Evans in the first round.

The 20-time Grand Slam champion was knocked out in the following round though to Nikoloz Basilashvili.

That was back in March and Federer has since opted against playing in any other tournaments to concentrate more on his fitness ahead of a busy summer.

Wimbledon remains his biggest goal, but Federer is warming up for the French Open with a warm-up event in Geneva on the claycourts.

And Federer is confident that he’s recovered fully from his double knee operation last year to compete against the best.

“It’s been a tough year for so many of us with the virus the last year or so.

“I’ve had double knee surgery, that’s like the smallest of the problems to be honest [laughs].

“We’ve barely travelled as a family as well.

“But I think now we’re just on the cusp of me coming back on to the tour. 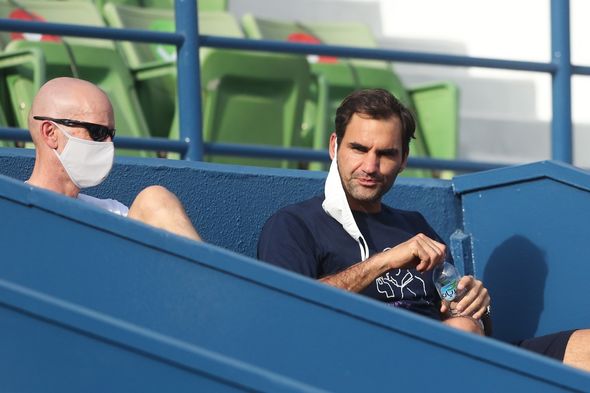 “So it’s really exciting to see what’s left in the tank for me.

“I mean, the fire is there and it’s burning and I really can’t wait again to play matches.

“I’m happy that my knee is doing much better. It’s healing well.

“It took me longer than expected but I’ve also used this time nicely to be together with the family and maybe not travel as much. It’s been a nice change.”