The three biggest names – Roger Federer, Rafael Nadal and Novak Djokovic – in men’s tennis are reportedly at odds over how to restart the tennis season after the impact of the coronavirus crisis.

Tennis on both the ATP and WTA has been suspended until June 8 in a bid to protect players, officials, fans and staff from the global pandemic.

As it stands, the calendar will resume in time to start the grass-court season but that is far from certain.

The ATP player council, headed by Djokovic, has been engaged in discussions over what to do with the season.

And according to the Daily Mail, the world No 1 prefers a ‘lockdown’ for the season to start again much later in the year or 2021.

But the report then adds that Federer and Nadal are keen on a ‘wait-and-see’ approach in the hope of tennis being played in the summer.

Last year, there was a string of resignations from the council after ATP chief executive Chris Kermode was ousted.

And in a bid to restore some order and provide their vast experience, Federer and Nadal rejoined the council.

Speaking after the cancellation of the BNP Paribas Open at Indian Wells earlier this month, ATP Board member Mark Knowles hailed the trio for their influence in the discussions. 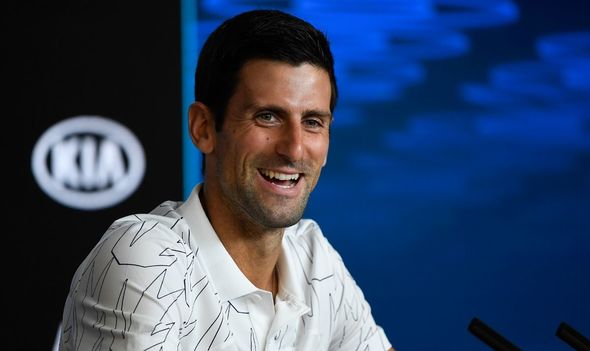 “I think one thing Roger, Rafa and Novak do not get enough credit for [is that] these guys are so involved which I think is incredibly lucky for all of us,” he said.

“Three of the greatest players of all time but they are in on every decision.

“You would think Roger went under knee surgery say ‘I going to remove myself from the tour’.

“But he was one of the first guys to get in touch and make sure things are happening and we are making decisions accordingly.”

Meanwhile, Wimbledon has announced they will hold an emergency meeting next week to discuss whether to postpone or cancel the tournament due to coronavirus.

Chief executive of the All England Club, Richard Lewis, revealed they want to ‘bring certainty’ to the situation after weeks of speculation.

He said: “The unprecedented challenge presented by the COVID-19 crisis continues to affect our way of life in ways that we could not have imagined, and our thoughts are with all those affected in the UK and around the world.

“The single most important consideration is one of public health, and we are determined to act responsibly through the decisions we make.

“We are working hard to bring certainty to our plans for 2020 and have convened an emergency meeting of the AELTC Main Board for next week, at which a decision will be made.”