The man who has guided Emma Raducanu to the quarter-finals of the US Open is yet to discover whether he will be involved in the next stage of her development.

Former British Davis Cup player Andrew Richardson is believed to be on a short-term deal to coach the emerging star of the British game, engaged only for the current American trip that began in late July. Longer term decisions will be made after this, with Raducanu’s father Ian the key figure in judging which direction to take.

Eyebrows were raised in the game when the services of the hugely-experienced Nigel Sears were dispensed with after she burst on to the scene at Wimbledon. Richardson, 47, has done contrastingly little coaching at main tour level, but worked with her at Bromley Tennis Centre for two years from the age of 11.

While he looked a left-field choice post-SW19, the results have spoken for themselves and, under Richardson, Raducanu’s level of play has improved by the week. The seemingly unusual choice was in line with the way Raducanu’s father has been happy to go against orthodox thinking when it comes to his daughter’s career.

Conventional wisdom has it that a developing player can be hindered by having too many voices in their ear, and that consistent messages from a small circle are key. The Raducanu philosophy has been that nuggets of technical wisdom can be gleaned from a wide range of sources, and channelled into the end product.

Well-known commentator and former GB player Mark Petchey has been one of them, and he worked with the US Open quarter-finalist over the summer of 2020. 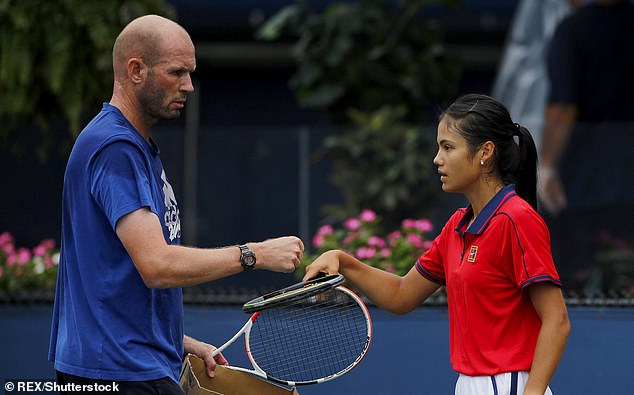 On what it was like collaborating with Raducanu’s father, he told Sportsmail: ‘His outlook on tennis is wide-ranging and he is happy to think outside the box. As a coach, he challenges you – his view is the coach does not necessarily know everything.

‘I thought he had a good handle on what the particular needs of his daughter were.’

For this phase, the thinking seems to have been that it was paramount for her to travel with someone with whom she had enjoyed a strong chemistry, going back years.

Richardson is the archetypal gentle giant, a notably well-liked figure in the British game known as ‘Flex’, due to his telescopic limbs and towering 6ft 7in frame. 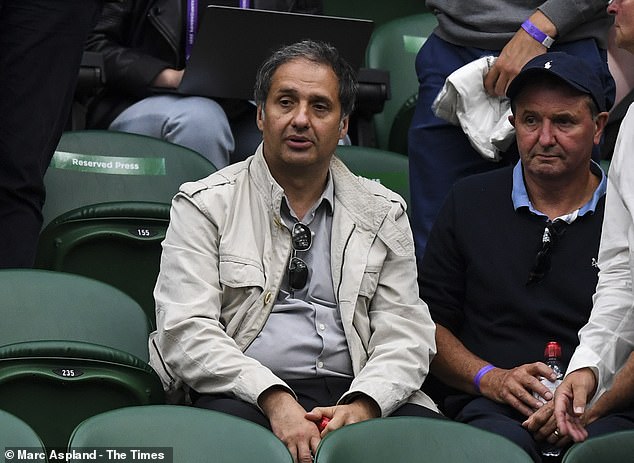 He was probably too placid for his own good in his playing career, never quite managing to impose a game that featured a huge left-handed serve.

He reached the third round at Wimbledon in 1997 and two years later scored a famous victory in the Davis Cup, beating the tough Zimbabwean Byron Black over five sets. His contemporary Tim Henman, for whom he served as best man at his wedding, achieved far more.

Until recently the head coach of the tennis scholarship programme at Culford School, he has shown his methods can translate to a higher level. Tactically, their game plans have been impeccable.

Raducanu’s technique is already so good that it has been a case of tweaking rather than reinventing. She explained this week why she and Richardson have looked such a good match. 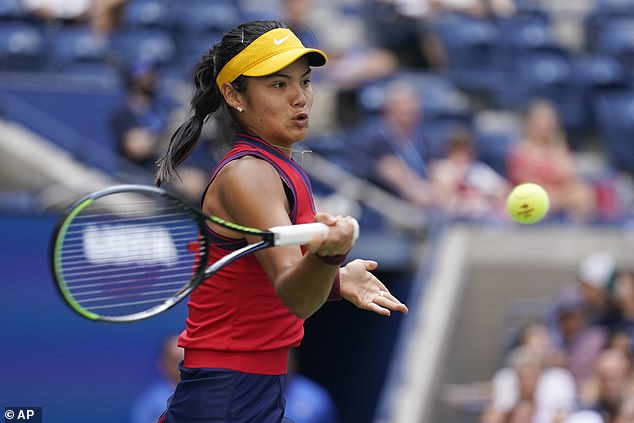 ‘He’s very good at instilling the fundamentals into my game and just making me realise that doing the basics to a really good level is going to take you a long way,’ said Raducanu.

‘He’s also a very calming character. So sometimes if I’m getting too fired up or expecting too much from myself, he’s very, very good at just relaxing me and reassuring me.’

Whether they continue working together for the longer term remains unclear as she charts new territory. You would not have expected Sears to be moved on after what happened in the grass court season.

Whatever the approach adopted by the Raducanus, conventional or not, the outcome is undoubtedly impressive. 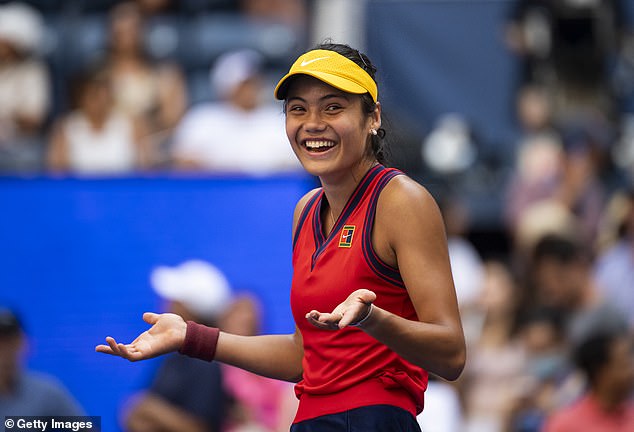 Whatever the approach adopted by the Raducanus, the outcome is undoubtedly impressive

Not only has she played brilliantly, she has handled herself here with a poise and sunny politeness that reflects well on her upbringing.

Inevitably the elite end of British tennis can be a fractious world at times.

It is notable, however, that the grapevine never flashes up anything negative about Raducanu, which is something fairly remarkable in itself.