Rafael Nadal has disagreed with Novak Djokovic for the second time in a week over proposed changes to the sport. Earlier this week, Djokovic made it clear that he was in full support of seeing men’s Grand Slam events being shortened to a best-of-three format.

Grand Slams in men’s tennis have always been best-of-five, but there have been some calls for that to change.

But Nadal made it clear that he was “completely against” the idea and wants to see the best-of-five format stay.

And now the top two players in men’s tennis have disagreed again – this time on line judges.

Hawkeye line-calling technology is being used at the ATP Finals due to the coronavirus pandemic and Djokovic admitted during the French Open that he was a strong supporter of seeing it implemented on a regular basis.

“The technology is so advanced right now, there is absolutely no reason why you should keep line umpires on the court. That’s my opinion,” Djokovic said.

“Of course, I understand technology is expensive, so it’s an economic issue and a question mark.

“But I feel like we are all moving towards that, and sooner or later there is no reason to keep line umpires.”

But Nadal is unconvinced and believes having line judges adds some “value” to the sport.

“I don’t want to create controversy, but I think the traditional court with line judges looks much nicer,” he said.

“Novak said line judges were not needed. All opinions are respected.

“There are different visions of the sport, but for me I like it less without line judges.

“It’s welcome here so we can adapt to the circumstances but if you ask me towards the future I prefer line judges. 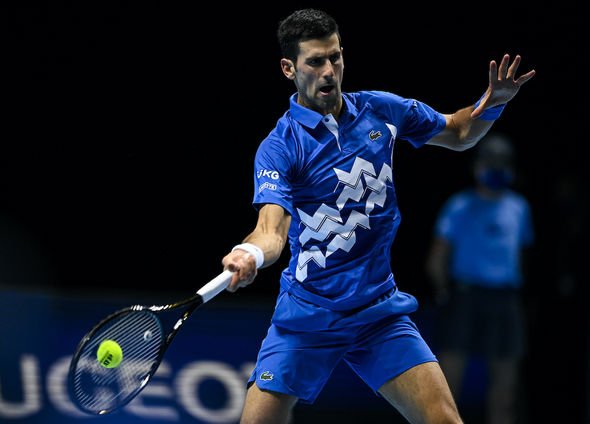 “It’s true the sport has not changed many things in the last 50 years, compared with the majority of sports, but I don’t think this is a way to improve the spectacle of our sport.”

The Spaniard added: “The technology is there, it could be just the two of us in the court if we want.

“But I think the human side gives some more value somehow to the sport.”