Wimbledon favourite Novak Djokovic battled to a straight-sets victory over American qualifier Denis Kudla in a competitive third round match-up. The Serb has now booked his place in the fourth round as he attempts to draw level with Roger Federer and Rafa Nadal on 20 Grand Slam titles apiece.

Djokovic was given his sternest test of the tournament so far by Kudla, particularly in the final set when the American forced it to a competitive tiebreak.

However, in a close battle the Serb eventually took the tiebreak 9-7, sealing the match on a breath-taking rally.

The crowd gasped as Djokovic powered into the fourth round after they took kindly to Kudla, the qualifier who is currently ranked at 114 in the world.

As we have seen so many times before, Djokovic used the crowd’s jeers to his own advantage, summoning extra motivation which eventually saw him claim a tricky straight-sets victory.

After the game, Djokovic said: “You are always trying to give your best out there, particularly when you are playing in one of the biggest tennis tournaments in the world.

“For me, it is the biggest because I always dreamt of winning Wimbledon when I was a kid.

“I have to give credit to Denis for playing really well. The third set was very close, he is a great guy on and off the court, we get along really well and I wish him all the best.”

The Serb also demonstrated a familiar fighting spirit at the end of each set, showing visible outpours of emotion as the crowd cheered on his American opponent.

On that animal instinct, the world No 1 also said: “Part of it is genes. The way I grew up during difficult times for my country, failure was never an option for me or my family, we had to find a way to find basic needs to survive.

“That has strengthened my character. Part of it also has to do with my upbringing, I spent a lot of time in the mountains with wolves, this is my wolf energy.”

The pair had met three times before, including at Wimbledon back in 2019, although the Serb has come out on top on each occasion.

Many felt that the draw was harsh on Kudla and that there was more to come from him in the tournament, given that grass is his preferred surface.

Djokovic maintained his pristine record against Grand Slam qualifiers, making it 21 wins out of 21 by beating the 28-year-old. 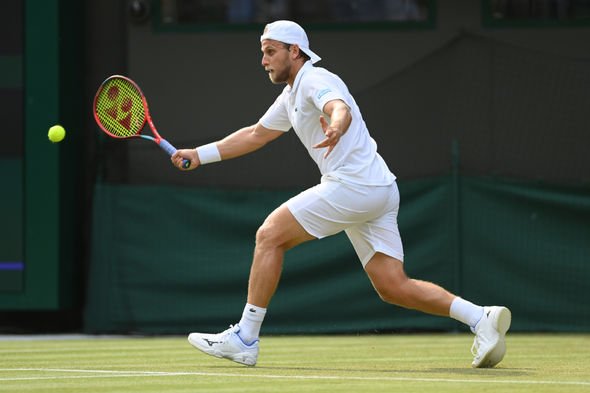 The top seed has set a date with Chilean Cristian Garin in the fourth round who will have expended some energy in his battles to get to that stage of the tournament.

Although, as the 17th seed Garin is sure to be no pushover – Djokovic may need that ‘wolf energy’ to resurface once again.