Novak Djokovic is set to be prevented from competing at next month’s US Open, but he could reach for a last resort by calling on help from Serbian leaders. US Proclamation 10294 states that multiple figures could grant an exemption if the Serb’s entry into the country is deemed in the national interest, and two US politicians have recently amped up the pressure on President Joe Biden.

As it stands, unvaccinated foreigners are banned from entering the USA unless they are granted a rare exception. Djokovic has acknowledged that he is unlikely to feature at Flushing Meadows, and does not plan on getting jabbed in the future.

That would seemingly ruin his hopes of adding to a growing haul of 21 Grand Slam titles in New York, but as pointed out by ESPN journalist Amy Lundy, there could still be a route for Djokovic to compete.

US Proclamation 10294 states exceptions can be granted for: “Persons whose entry would be in the national interest, as determined by the Secretary of State, Secretary of Transportation, or Secretary of Homeland Security (or their designees).”

When Djokovic was controversially deported from Australia earlier this year, only the Minister of Immigration could grant an exception, but the situation is different in the US. Numerous figures have that power, and help from Serbian authorities could set the wheels in motion.

It would then become an issue of whether Djokovic’s entry into the country would serve the national interest. Some may point out that allowing such a global star to compete would inspire others to take up sport, while others might question the fact that unvaccinated stars from the US will be competing.

It remains to be seen whether Djokovic and his team would risk another global debate, but he did hint that he will do everything in his power to be in New York in a recent social media exchange with Nick Kyrgios.

The Aussie quizzed his Wimbledon final opponent on when they would meet up for dinner, to which Djokovic responded: “Dinner is on me in NYC.” Kyrgios was one of the only stars to openly defend the Serb when his Australian Open debacle became global news, and the pair could meet again in Flushing Meadows if Djokovic finds a way in.

Despite what’s at stake – namely catching Rafael Nadal at the top of the all-time Grand Slam charts – the 35-year-old remains unmoved on his vaccine stance. 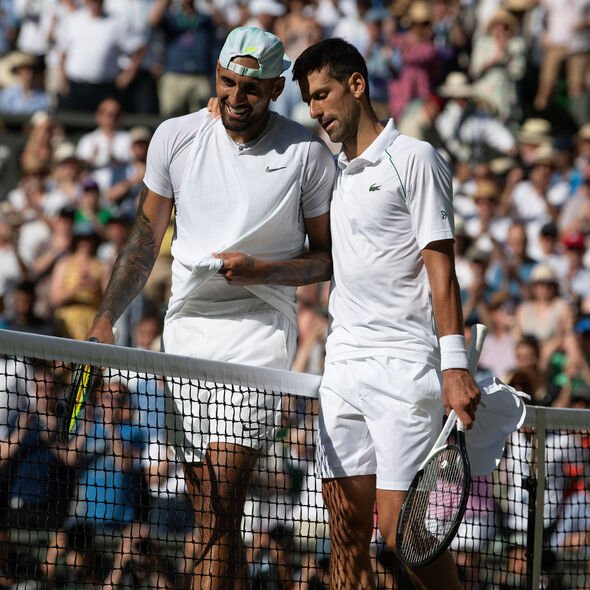 “I would love to go to the States,” he explained. “But as of today, that’s not possible. There is not much I can do anymore. I mean, it’s really up to the US government to make a decision whether or not they allow unvaccinated people to go into the country.”

When asked if he had completely closed his mind off to the prospect of getting jabbed, he bluntly responded: “Yes.”