Novak Djokovic tipped Stefanos Tsitsipas for greatness after beating the Greek star in the final of the Dubai Championships. In a battle between the two top seeds, Tsitsipas made the stronger start but Djokovic kept his composure needed just the single break to win the first 6-3.

In the second set, Djokovic appeared set to run away with the match after breaking to lead 3-2.

But Tsitsipas broke straight back and led 4-3 as he mounted a comeback.

However, Djokovic showed exactly why he is the world No 1, winning three games in a row and allowing Tsitsipas to win just one point as he sealed an impressive 6-3 6-4.

Djokovic now owns a 3-2 head-to-head lead over Tsitsipas, who is continuing to improve with every tournament he plays.

And Djokovic had no doubts that the ATP Finals champion was on the right path to dominating the men’s game.

“I’m sure he’s going to bring some great things to our sport.”

Despite Djokovic’s comments, it is now back-to-back defeats in Dubai finals for Tsitsipas and the 21-year-old’s disappointment was evident post-match. 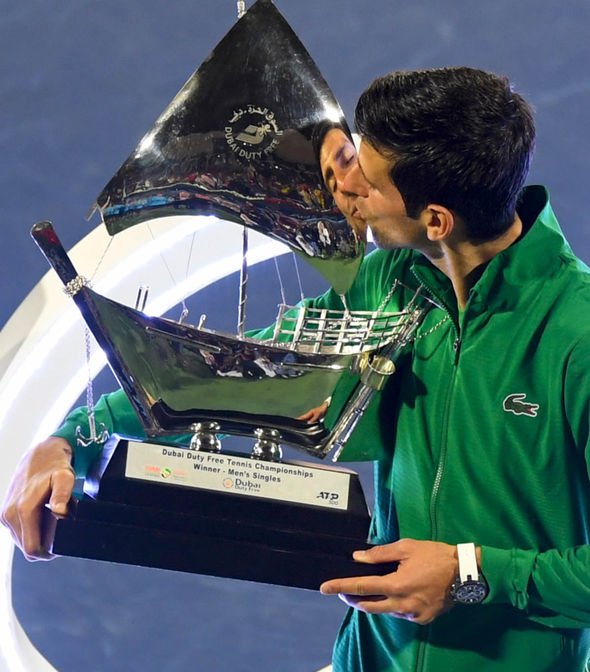 “For sure I’m proud of myself because I showed good discipline and I managed to play the same this year,” Tsitsipas said.

“But it’s kind of disappointing trying so hard and not really getting the final result that you want.

“For sure I would love to see myself holding that trophy. Of course, he gave more than me and he deserves it.”