Novak Djokovic was disqualified from the US Open on Sunday night after hitting a line judge with a ball in a bizarre incident during his match with Pablo Carreno Busta, and rival Nick Kyrgios was quick to react.

Djokovic left the Rod Laver arena without speaking to any media after he was disqualified.

The Serbian ace was walking back to the baseline when he took a ball from his pocket and hit it back towards the back wall.

However, the ball flew and hit the line judge straight in the neck.

The judge was immediately knocked down and treated by medical officials, while Djokovic went straight to apologise.

JUST IN: Novak Djokovic DEFAULTED from US Open after hitting linesperson with tennis ball

He attempted to plead his case and claim he should be allowed to continue, but to no avail.

The world number one was defaulted from the competition, and left the arena in a fury without speaking to any press.

And Kyrgios was quick to react to his old enemy’s disqualification, as he suggested he would be treated more harshly if it was him instead of Djokovic.

He tweeted: “Swap me for jokers incident. ‘Accidentally hitting the ball kid in the throat’ how many years would I be banned for?”

His fans clearly agree, with the response “20?” winning the poll with more than half the votes.

Former UK number one Tim Henman had sympathy for Djokovic, however.

The Brit was appearing on Amazon Prime’s coverage of the match, and recalled a similar incident he was involved with during his playing days.

However, the former player conceded that Djokovic’s punishment was ultimately the only realistic outcome. 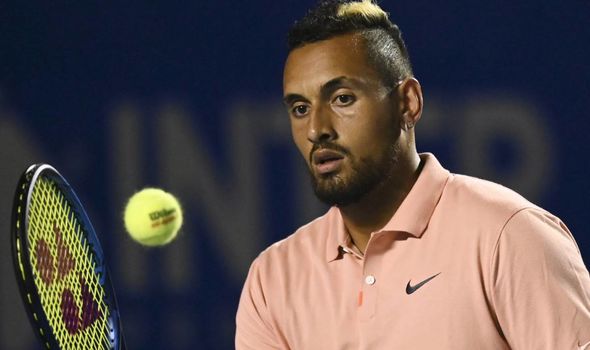 “We were up two sets in the doubles. I hit a ball-girl in the ear.

“Djokovic was not aiming for the line judge, but you have to be responsible for your actions.

“There is no other result but to be defaulted.”