Karolina Muchova overcame dizziness to pull off the upset against Australian Open home favourite Ashleigh Barty to advance to the semi-finals.

The world number one and top seed had a set and a break lead when Muchova called for the medical timeout during sweltering conditions at Rod Laver Arena.

“I was feeling kind of dizzy at some point, like really lost and almost fainting. I just asked for help,” said Muchova, who won 1-6 6-3 6-2 to reach the semi-finals.

“They just checked my (blood) pressure because I was a bit lost, you know? I was spinning. So they cooled me down a bit with ice, and it helped me.”

Play resumed nine minutes later and Muchova appeared to be recharged almost immediately, breaking Barty’s serve for the first time in the match.

With shortened rallies and bold shot-making, Muchova went on to break her opponent twice in the final set to reach a Grand Slam semi for the first time.

Live Rugby union coverage direct to your inbox every week

“Played a bit faster, going to the net. I think that was the key by the end,” the Czech said.

“Honestly… I’m trying to start good. It seems a bit like these slow starts for me are a tradition I can’t get rid of here.”

Muchova will next face American Jennifer Brady for a place in the final, with the American battling through her frustrations to overhaul friend and compatriot Jessica Pegula 4-6 6-2 6-1 to advance to the final four for the first time in her career.

Brady was a picture of anguish early in the clash on a stifling day at Rod Laver Arena but gradually dialled in her power game before crushing Pegula in the final set. 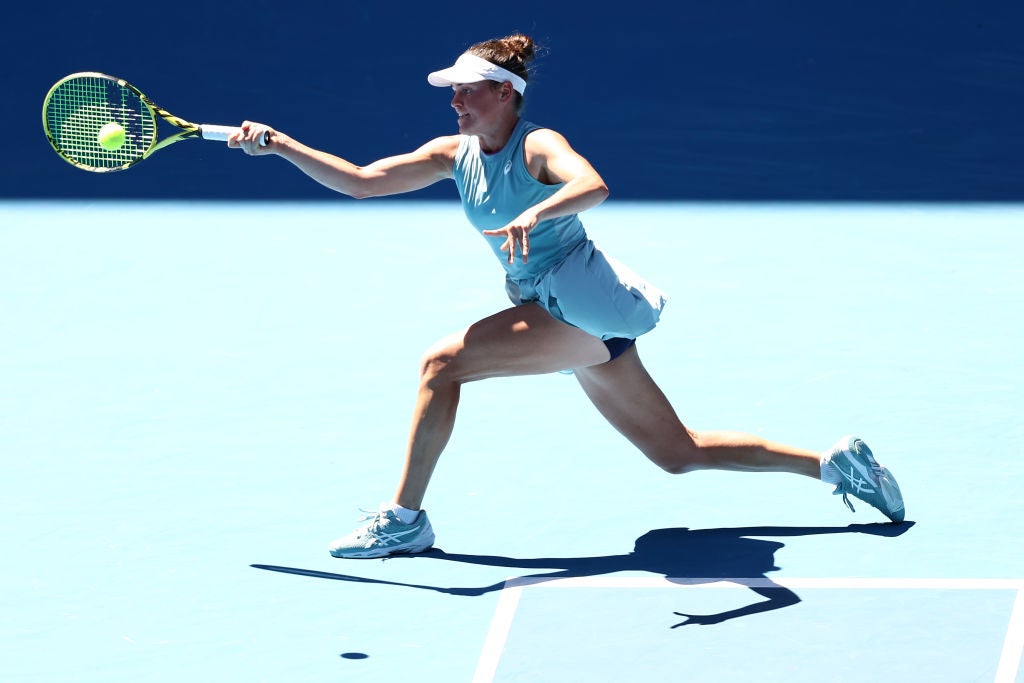 With Serena Williams to face Naomi Osaka in the other semi-final, the Australian Open could have another all-American title match on Saturday, four years after Serena beat her sister Venus for the 2017 championship.

Having long flown under the radar, 25-year-old Brady also reached the semi-finals of the U.S. Open last year and said she hoped more was to come.

“I hope I make it a habit,” she said on court. “Hopefully I have a new habit of making finals.”