John McEnroe claims that Nick Kyrgios hasn’t got the work rate to compete with Rafael Nadal at the upper end of the men’s world rankings. The American, 63, labelled Nadal’s work ethic ‘insane’ as the Spaniard bids to collect more Grand Slam titles, despite ongoing injury issues.

Nadal and Kyrgios were due to face off at Wimbledon earlier this month, with both men delighting fans by charging all the way to the semi-finals. But an abdominal tear forced the Spaniard to pull out of their final-four showdown, despite having surpassed those same injury issues in a five-set win over Taylor Fritz in the quarters.

Kyrgios was therefore given a free pass through to his first major final, where he faced Serbian sensation Novak Djokovic. The Aussie is formidable when at his best, and he took the first set 6-4 before losing momentum and ultimately the match in four sets.

With Wimbledon stripped of ATP ranking points due to their decision to ban Russian and Belarusian competitors from this year’s tournament, Kyrgios actually tumbled from the world No 40 to No 45. In ordinary circumstances, his appearance in the final would have propelled him to No 15, and McEnroe feels that he could go a whole lot higher if he was able to tap into the kind of work rate shown by Nadal over the years.

“I’ve never seen anyone like [Nadal],” McEnroe told Tennis365. “I thought Jimmy Connors tried hard until I saw Rafael Nadal, this is insane. And that’s the greatest quality he has, by far.

“I mean, the guy’s an unbelievable player, we all know that. But the fact that he can go out there and give that type of effort, you know, match in and match out, game in and game out, is something that people aspire to, but it’s very difficult to do.

Despite the painful abdominal tear that left Nadal unable to serve before his prospective clash with Kyrgios at SW19, the Spaniard is already back in training. The 21-time Grand Slam champion is aiming for a return at the Canada Masters, which would provide valuable preparation for the US Open in August and September.

The gap between his withdrawal and subsequent return to the court in Mallorca stands at just 11 days, and the 36-year-old hopes for a return to full-blown action within a month. 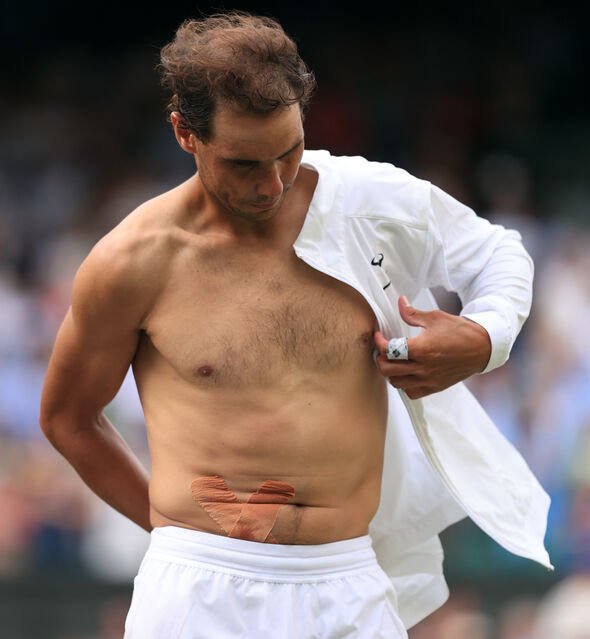 “It going to be around between three, four weeks, normal thing for these kind of injuries,” he said at a Wimbledon press conference. “So I hope these three, four weeks will allow me to do my normal calendar. That’s the calendar that I have in mind.

“I can’t keep playing, not now, but in one week I’m going to be able to play from the baseline. Not serving for a while, of course.”