Johanna Konta has thwarted Kim Clijsters’s return to the court as the Briton claimed her first win of 2020 at the Abierto GNP Seguros event in Monterrey.

Belgium’s Clijsters, playing in just her second match since retiring at the US Open in 2012, took it to the British No 1 before eventually falling 6-3 7-5.

Konta earned the first two break points of the match before sweeping a forehand winner off Clijsters’s serve to end the first set, with the second set tighter as the pair held their serves until the Briton claimed the win from an unforced error. 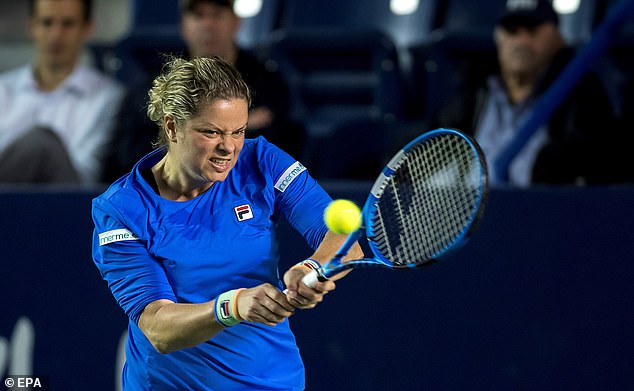 Clijsters, playing for only the second time since retiring in 2012, was no match for the Briton

Watson won her fourth WTA title and first for four years at the Mexican Open in Acapulco on Saturday, beating Canadian teenager Leylah Fernandez in an exciting final.

The victory lifted Watson to 49th in the rankings, her highest mark since the summer of 2015, but Germany’s world No 91 Maria came out on top on Tuesday, winning 7-6 (4) 3-6 7-5 in a hard-fought contest which lasted two hours 39 minutes.

Former world No 1 Venus Williams also bowed out in the opening round, the 39-year-old beaten in three sets by Slovakia’s Anna Karolina Schmiedlova. 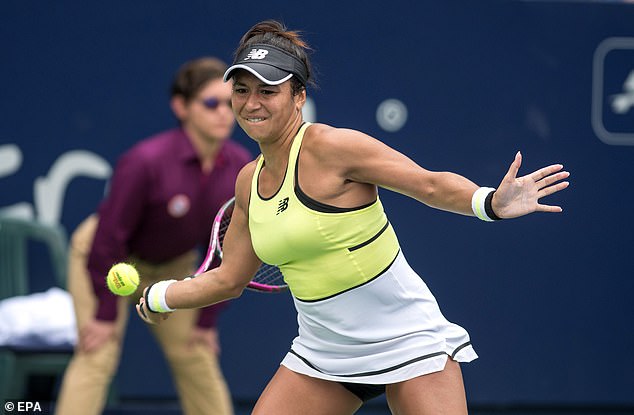 Meanwhile, second seed Kristina Mladenovic recovered from a nightmare start and a break down in the decider to beat Chloe Paquet in an all-French first-round tie at the Open 6eme Sens in Lyon.

Mladenovic needed two hours and 12 minutes to overcome wild card Paquet 1-6 6-2 6-4 and faces Anna-Lena Friedsam in the next round. The German won 6-2 6-2 over Russian qualifier Anastasiya Komardina.

‘It was definitely not an easy match to face a countrywoman and also a friend, even though I don’t know as much about how she plays,’ Mladenovic said. 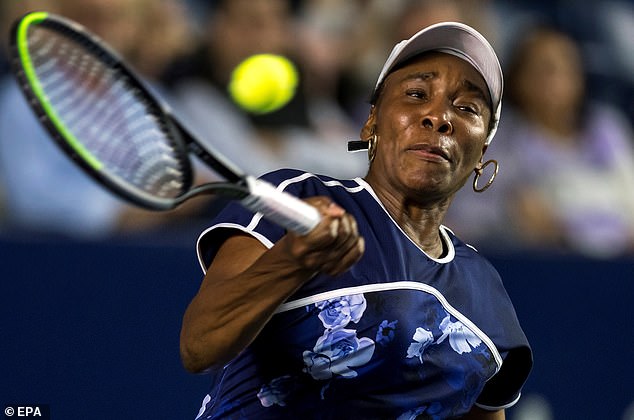 Venus Williams went out in the first round at the Monterrey Open, losing to Schmiedlova

‘It was very far from being perfect today, but I’m just pleased with how I stayed calm and composed and how I fought through to find solutions to get the win today.’