‘You cannot even book a flight direct to New York just now’: Jamie Murray is the latest name to voice concern about the staging of the US Open next month and admits he is considering skipping the Grand Slam

Fears about the fate of next month’s US Open are increasing in line with mounting frustration among players over the lack of clarity surrounding plans to stage it.

Jamie Murray, who has won four doubles titles at Flushing Meadows, has become the latest player to express concern at what he sees as poor communication from the tournament, and admitted he was considering skipping it altogether.

Murray, a widely respected voice among his peers, wants to know where he stands, especially as he is planning another domestic tournament following up on the ‘Battle of the Brits’ he promoted. 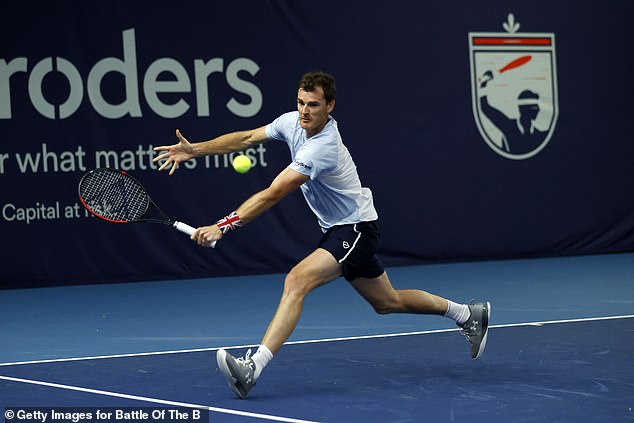 His idea is to stage a new mixed team event at the end of this month, in which he hopes both his brother and GB women’s number one Jo Konta would participate.

European players are keen to plan their schedules for the coming months, with it appearing near certain that the delayed clay court swing of Madrid, Rome and Paris will go ahead immediately after the scheduled US Open.

The large majority, both male and female, want to get back to international competition as soon as possible, but both Rafael Nadal and Novak Djokovic have hinted they may opt to restart in Madrid.

‘From my point of view as a player, you just want stability,’ said Murray. ‘Right now we don’t have that. I mean, you cannot even book a flight to New York just now, you have to fly through somewhere else.

‘I think it will potentially come to a head soon with the ATP and US Open, depending on what those restrictions and policies that are in place. I’d imagine the next few weeks would be pretty interesting.

‘The US Open has changed their conditions quite a lot. It’s understandable as it’s a fluid situation and things can change all the time. But it would have been better if they had come out and said: “Look, we are not sure what it will look like when the tournament starts, but this is probably the worst set-up you will have to play. Be ready for that if you are coming to play.”

‘I don’t know, there have been a lot of things changing with not that fantastic communication I’d say.’ 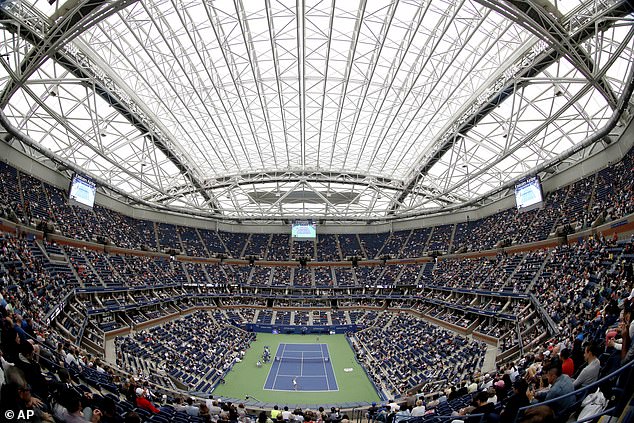 The US Open is set to go ahead at the end of next month as planned, but without spectators

One agent to several top players told Sportsmail that they were still awaiting details of official accommodation options for New York. A restriction being placed upon them at present is that nobody will be allowed to stay in Manhattan, where most are usually billeted.

A huge unknown for all concerned is what quarantine rules will be in place between the EU and the US. Presently incomers to New York from 19 States are being asked to self-isolate for 14 days upon arrival.

‘It seems they have regressed in the States and there are a lot more cases coming up again,’ said Murray.

‘And then there is the EU saying if you have been in the US you need to do a quarantine from the States. If they are incredibly strict with that then if you go to play the US Open you cannot play in Madrid or Rome, you will have no preparation to play the French Open.’

The uncertainties are leading him towards thinking it might just be simpler to concentrate on playing in Europe, and others will doubtless be thinking the same way. 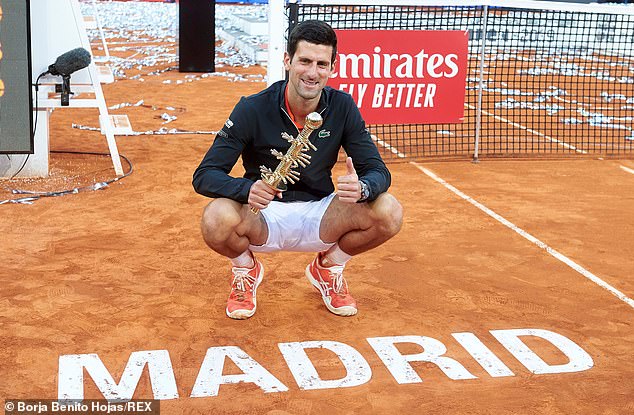 ‘It seems like a less stressful option right now, all things considered,’ he said.’ I am sure there will be some interesting conversations to be had in the next few weeks. we don’t know just now.’

While the official position of the US Open is that it is still going ahead, there is a growing feeling that the prospect of heavily depleted fields playing in front of empty stadiums may lead to a rethink.

If it is called off – and pressure is building for a decision to be made by the end of this month – then players will be looking for more competitive opportunities.

Murray is keen on replicating his success of what was the first event back on British soil, at Roehampton, which was won by Dan Evans. 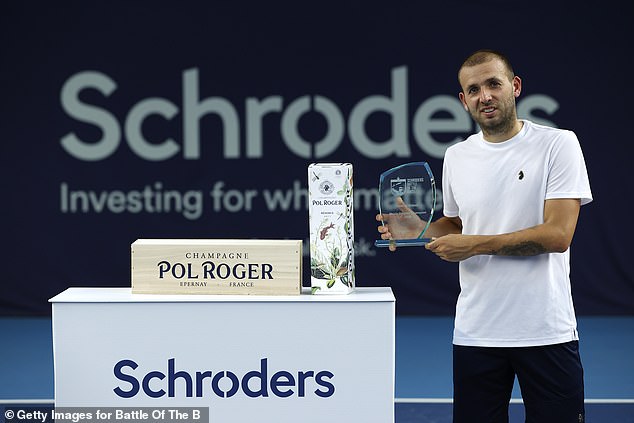 ‘We are in the process of setting up the Battle of the Brits Team Tennis, which will be a mixed team event to take place at the National Tennis Centre from July 27 to August 2,’ he said.

‘The concept is that there will be two teams of 10-12 players each, a mix of men and women. There will be matches each day, singles, doubles, mixed doubles. It will be Ryder Cup-style. We think it’s a cool idea to get all the best British players together, competing in one event.’

The make-up of the teams and selection criteria will depend on who is available, which is linked to the fate of the tour events still scheduled to start in the US next month. 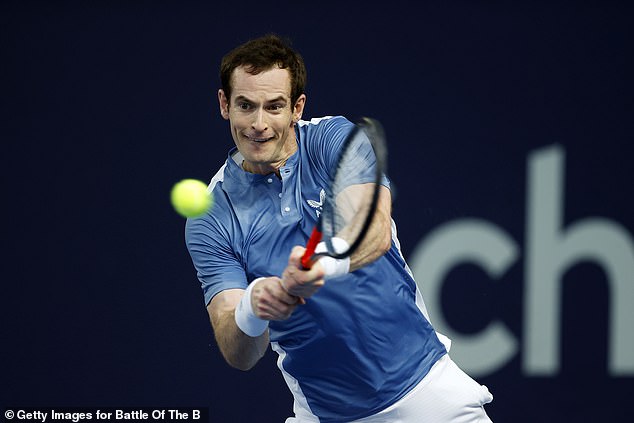 ‘All the top players have shown great interest in playing. Basically it will be their last opportunity to compete before the Tour starts, whenever that will start up. I have had really good feedback about that.’

Murray is also gave an encouraging update on his brother’s concerns over his shins, which were sore by the end of the Battle of the Brits.

‘I think he has had to have a few days off. It was just pretty intense and then playing the tournament. I don’t think it is anything serious.’