Wimbledon got underway on Monday, making a welcome return after last year’s event was called off due to the Covid-19 pandemic.

Sportsmail reflects upon the moments you might have missed amid all the excitement….

Jamie Murray admitted his snub for the GB Olympic team ‘feels like a rejection’.

He will not be going to Tokyo after British doubles No 1 Joe Salisbury chose to play with Jamie’s brother Andy instead. ‘To not be selected feels like a rejection and you feel slighted by it… especially after the career I’ve had,’ he said.

The Royal Box this year will be full of people who have contributed to the fight against Covid-19.

Before play began on Monday there were standing ovations from the Centre Court crowd for Dame Sarah Gilbert, who co-developed the AstraZeneca vaccine, and Hannah Ingram-Moore, the daughter of Sir Captain Tom Moore.

An arresting sight on the practice courts over the weekend as 7ft Reilly Opelka and 5ft 7in Yoshihito Nishioka warmed up together for the Championships.

The pairing was no coincidence — it will stand Japanese world No 58 Nishioka in good stead for his first-round match on Tuesday against 6ft 11in John Isner. 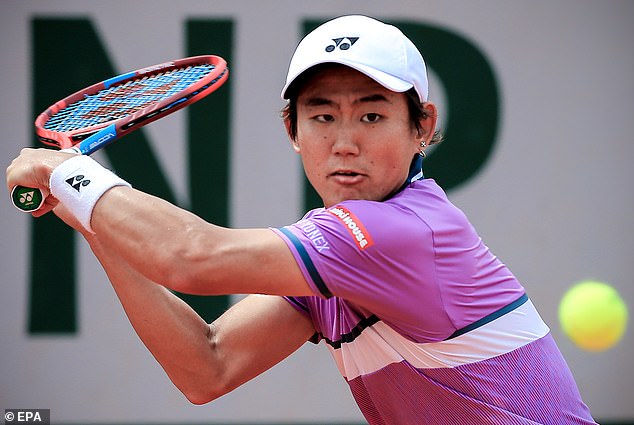 A few months ago there were whispers that Wimbledon might be able to operate at 100 per cent capacity — leading one of the tournament’s strawberry suppliers to produce enough fruit for a full crowd.

But Wimbledon reassured us that the shortfall would not go to waste, with any excess strawberries being used to make jam. How wholesome.

Sabalenka on to a winner

Normally, if a player makes only five unforced errors in the whole match in their first round, they are entitled to expect a positive result.

Not so for Monica Niculescu, who kept things tight at her end in the first match of the Championships but was blown away by 48 winners from the racket of No 2 seed Aryna Sabalenka, of Belarus.

I’m sure plenty can relate to American No 31 seed Taylor Fritz’s dilemma when he found himself in a bubble with no one to cut his unmanageably long hair.

‘Anyone in the Wimbledon bubble have any idea how to cut hair? I’m desperate and I’m not kidding,’ he wrote on his Instagram story. 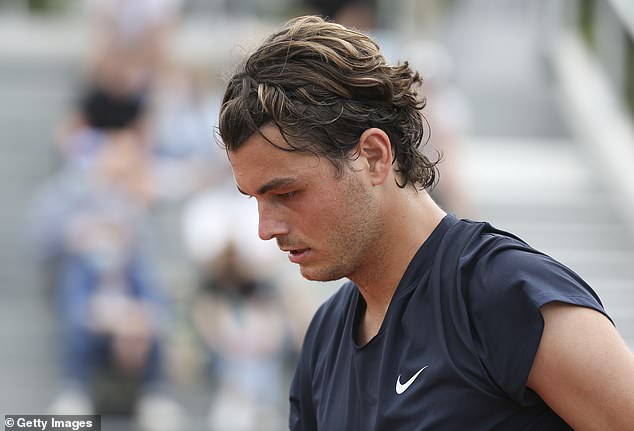 One direction for lucky few

Court 12 had to be evacuated on Monday afternoon as spectators noticed that some of the seats in the new temporary stand were wobbly.

The lucky fans were given tickets to Court One instead and Wimbledon staff swiftly began repairs on the seats to make sure they would pass health and safety checks in time for today’s play.