Dan Evans and Kyle Edmund, British No 1 and No 2, ended up having dinner after their clash at the net which has exemplified the surprisingly feisty spirit at the Battle of the Brits team event.

Britain’s top player sharply told the No 2 to ‘be careful’ when he aggressively banged rackets after their match on Tuesday night, in what Evans admitted had been an outbreak of white line fever.

Evans was in ultra competitive mood again on Wednesday when he lost 7-6 7-6 to GB No 3 Cam Norrie, during which BBC commentators had to apologise for a stream of expletives he uttered while letting slip a 5-1 lead in the second set.

The 30-year-old Midlander has taken some of his compatriots aback with his combative attitude this week. Against Norrie he also celebrated when gaining a break of serve through a fluky netcord, rather than following the etiquette of offering an apology.

The regular sledging from the side and hyper competitiveness seems strange for a mixed event with no ranking points that is between two scratch teams – the ‘Union Jacks’ and ‘British Bulldogs’ – who have not been picked on any particular basis.

Evans explained that everyone is keen to try and get proper matches ahead of the likelihood that the US Open is going to take place next month. 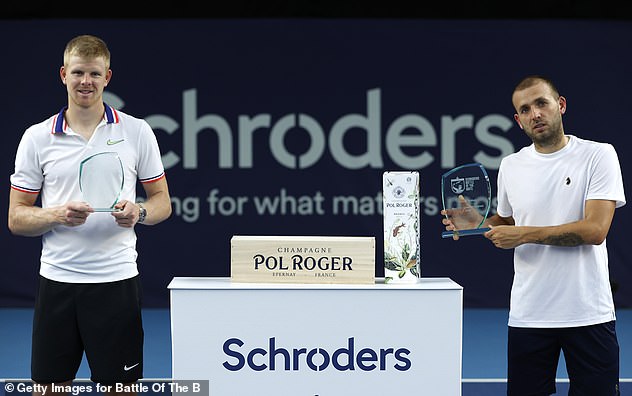 Evans (right) was left fuming with Edmund following his post-match reaction during their team event clash on Tuesday night. Above the pair are pictured in June following Evans’s victory in the individual ‘Battle of the Brits’ final

There is also said to be rather more money at stake this week than people might think, due to the low profile backing for this event from Stats Perform, a major platform that supplies content to the online gaming industry.

While the headline sponsor is St. James’s Place, a wealth management company, Sportsmail understands that most of the financial heft is coming from Stats Perform, which is also supporting the current Pro series of events taking place not far away at St. George’s Hill in Weybridge.

This is enabling daily bonuses to be paid to the team which is winning, and helping finance two prominent captains on duty for either side – Judy Murray and Greg Rusedski for the Union Jacks, and Anne Keothavong and Leon Smith for the Bulldogs.

It also helps explain why the format of a match between two teams is an unwieldy and perhaps unprecedented seven days long, as they want plenty of content. 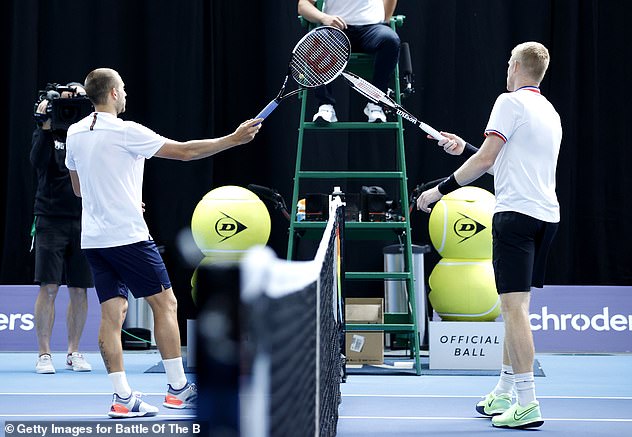 The pair are again pictured in June after the ‘Battle of the Brits’ final conducting a covid friendly racket touch, but there was more edge to the nature of the conduct on Tuesday

There is no doubt, however, that most players have been revved up by a format that is the brainchild of Jamie Murray, whose initiative saw the Battle of the Brits singles event take place last month.

Evans has been the most animated, and he was happy to clear the air after his fractious exchange with the relatively placid Edmunds.

‘We had dinner together last night, we genuinely didn’t (fall out). It doesn’t matter if it’s my best friend down the other end. If you’re angry you do things you shouldn’t do. Everyone is pushing each other’s buttons on the side so people just lose it a little bit. 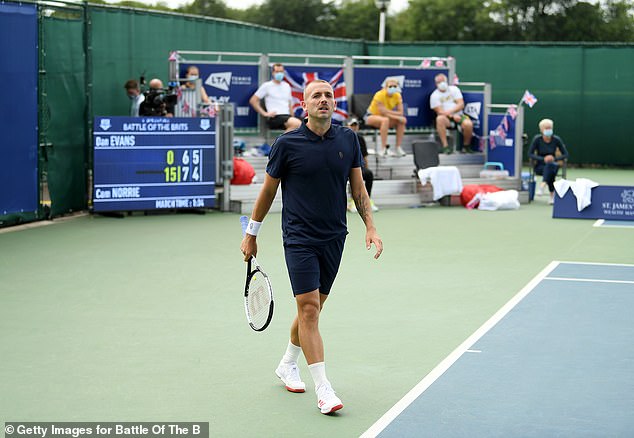 ‘I keep hearing it’s an exhibition but it’s not, everyone is taking it seriously and we are getting the full throttle of competitive matches. If we just wanted to play we’d play some matches outdoors some sets but this is top quality stuff.’

It was a high level match against Norrie on Wednesday, and Evans admitted he was angry that he ‘threw it away’ after leading in the second set.

One irritant for the players at the behind-closed-doors event at Roehampton is said to have been what they see as the officious enforcing of having to wear masks while watching courtside, when Premier League players were not compelled to upon the restart.

Evans is learning to live with a new moustache, which he was obliged to do after losing a bet over golf with Andy Murray. 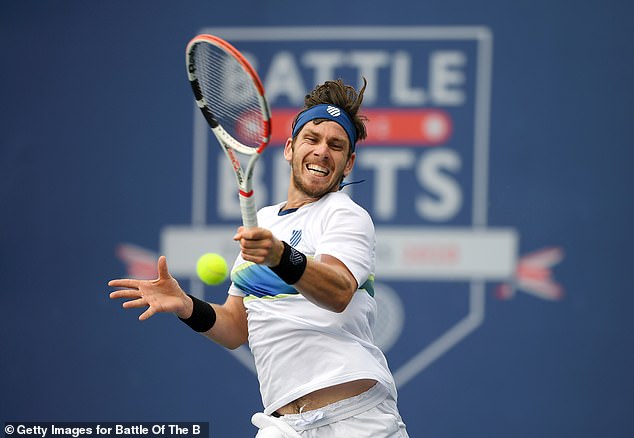 ‘He was kind of growing one and I was rinsing him for that because in my opinion it’s a poor look,’ said Murray, who is only playing doubles as he prepares for the expected call to the US. ‘We were playing golf the following day. The losers had to grow a moustache for this event, and he and his coach Mark Hilton got smoked on the golf course.’

Murray is pleased that there has been an edge around the place.

‘What you want is to create an environment where everyone is extremely competitive and there is a bit of atmosphere during the matches. I would rather play with eight to 10 players heckling me from the side than playing in silence.

‘I’ve enjoyed being around and I have got to know the players a bit more and compete with them. I have maybe enjoyed this event more than the previous one. It was silent at the last event. It was good because the matches were competitive but this one maybe is just a bit more fun.’

As ever, team events add a whole new dimension to the most highly individual of sports.

The Lawn Tennis Association has looked outside the game once again in appointing Michael Bourne as its new Performance Director.

Bourne, who is currently acting Director of Performance at UK Sport, will take up the position in the autumn and replace Simon Timson, who has moved on to work at Manchester City.

While the new addition will constitute a welcome increase in the diversity of those in senior jobs at the governing body there will be questions about his lack of previous experience in tennis, as there were with Timson. 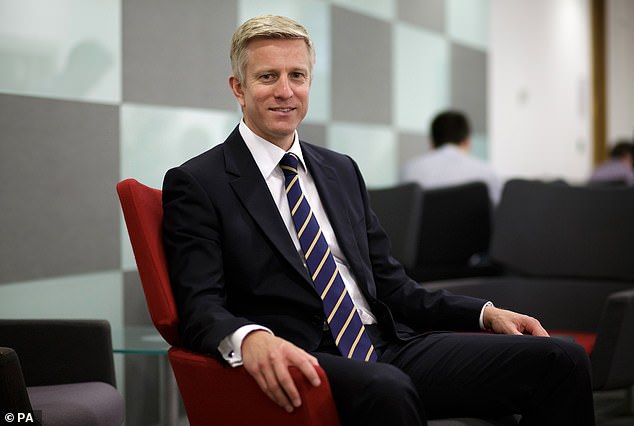 After what was said to be a ‘global search’ the LTA hierarchy have gone with someone whose main background is in shooting and cricket, entirely different pursuits to the global individual sport at which Britain has so consistently struggled in elite terms.

Given the financial resources at Roehampton they could have secured a major figure from within the game, but have instead gone with a candidate who will have to learn the complex nuances of a highly technical sport.

Britain currently only has five singles players combined in the men’s and women’s top hundred, and of those only two (Dan Evans and Kyle Edmund) were fully developed in the country which hosts Wimbledon.

Scott Lloyd, LTA Chief Executive, said: “Michael is a hugely respected figure within British sport and he will be an invaluable addition to our team. He combines a rare understanding of elite performance culture with a formidable record of helping sports deliver better results across the whole of their performance programmes.”