Emma Raducanu will today take to Centre Court to battle it out in the first round against Belgian Alison Van Uytvanck. The 19-year-old is up against the well-seasoned 28-year-old European, who has won five singles and two doubles WTA Tour titles and three Challenger Tour singles titles, as well as twelve singles and two doubles titles on the ITF Circuit. Playing at approximately 3:30pm, the match will be eagerly watched, with fans keen to see how Raducanu – who has been plagued by injury recently – will perform after a disappointing end to a seemingly unstoppable tournament in 2021.

Back then, she was being beaten 4-6 0-3 by Australia’s Ajla Tomljanovic when she had to call an early end to the match after experiencing breathing difficulties.

She received widespread criticism for her performance — much of which was itself criticised for being overly harsh — but made a remarkable comeback months later after she won the US Open.

Raducanu is the current British No 1 and is currently ranked 11th in the world.

Having shot to stardom from a place of relative obscurity, many warned of early career fatigue, this fear only emphasised after her US Open win. 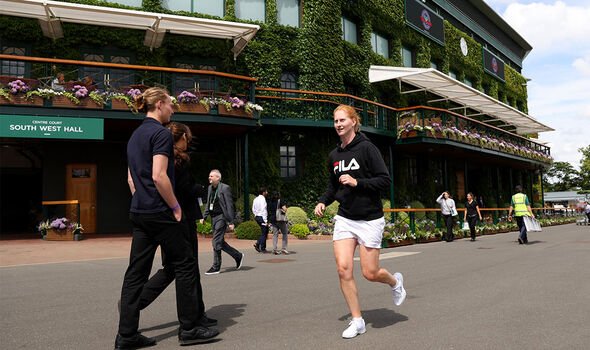 Chris Evans, a Labour MP for Islwyn in South Wales and Vice Chair of the tennis All-Party Parliamentary Group (APPG) spoke to Express.co.uk shortly after the US Open, and voiced his own concerns that Raducanu may “burnout”.

He was speaking at a time when figures like John McEnroe, the tennis legend, and Piers Morgan, were calling into question whether the teenager was ready to play on the world stage.

Mr Evans said: “I think hers is a fantastic achievement winning the US Open at 18, it’s beyond the realms of anyone’s wildest dreams — especially considering that British women’s tennis has been in the doldrums for a number of years.

“My real concern, though, is this: tennis history is littered with people as far back as Tracy Austin, Hana Mandlíková, Jennifer Capriati, even Monice Seles, who were all very bright early on in their career with a lot of hype around them, but they then burnt out through injuries and personal problems and the rest of it. 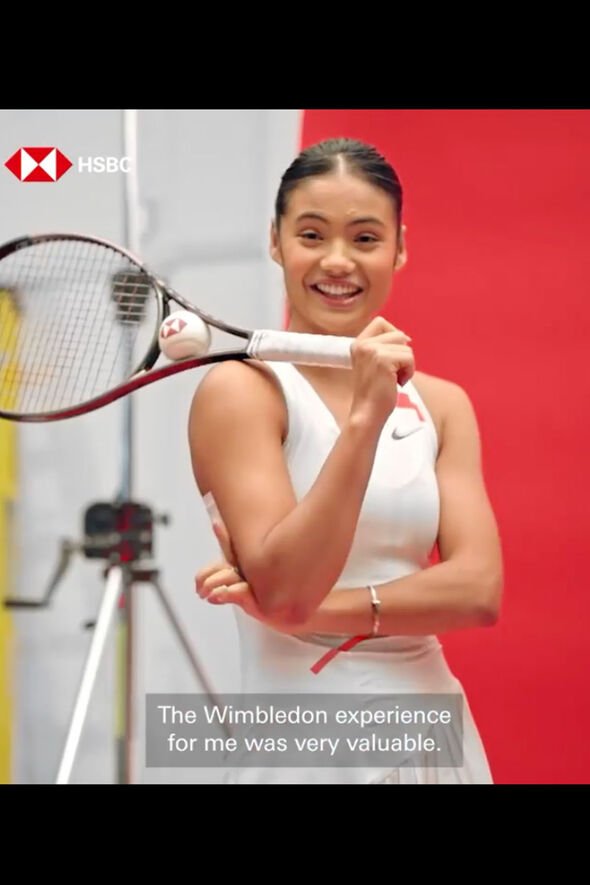 “So I think we’ve got to give Emma space to grow and enjoy her game and just to enjoy every minute of her career at the moment.

“When we start putting pressure on her and making out that she’s like one of the Williams sisters, I think we need to be very careful when we think of drawing those examples with other examples in history where it hasn’t gone too well.”

Since her US Open triumph, Raducanu has been plagued by injuries.

Despite this, her personal wealth has continued to grow thanks to a string of advertisement deals and sponsorships — but this has come with accusations of being “distracted” from her game. 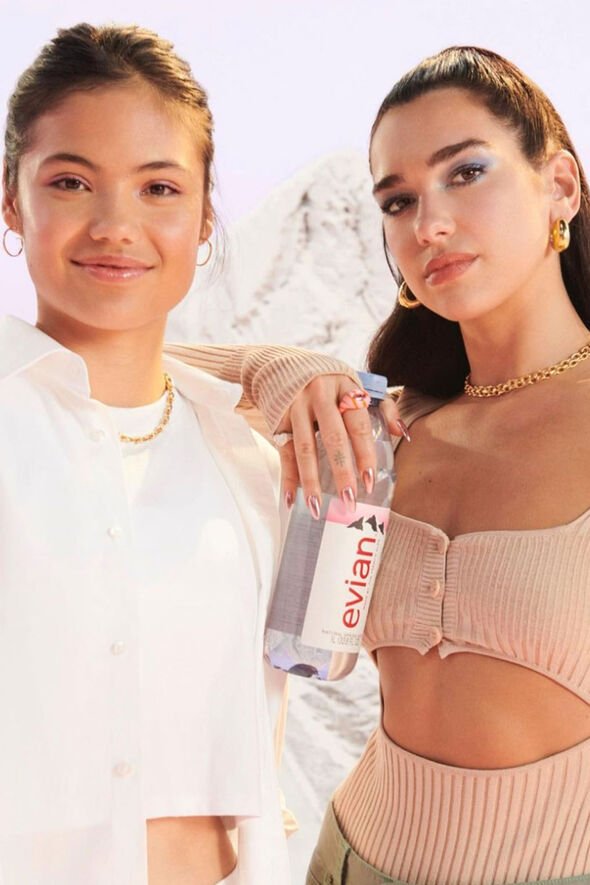 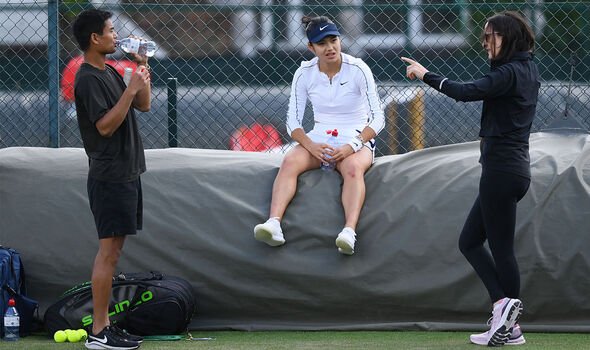 According to The Times, Raducanu’s estimated annual income from the various deals — which include brands like Tiffany & Co to British Airways — comes in at around £10million.

However, her agent has claimed that Raducanu could in fact be wealthier but was capped at engaging in 18 commercial days per year, meaning less time for commercial interests.

Despite this, many have accused her of not focusing enough of her attention on tennis since September 2021.

Stuart Fraser, The Times’ tennis correspondent, wrote in an analysis piece: “Her Instagram account is testament to the way Raducanu has become a money-making machine.

“There are posts trumpeting the likes of Vodafone, Evian, Dior and Peninsula Hotels.

“In one announcing her appointment as a brand ambassador for a carmaker she says: ‘Porsche has always been in my head. It’s one of the brands that I’ve always loved from a young age.’

“Other recent posts include a posed shot of Raducanu with the pop star Dua Lipa, who is clutching a bottle of mineral water.”

Max Eisenbud, Raducanu’s agent, told the BBC’s ‘The Sport Desk’ podcast that despite all of the interest, millions of pounds had been missed.

He said: “We could have done 50 days of shoots.

“I’ve never seen the amount of excitement and companies that wanted to be in business with Emma.” 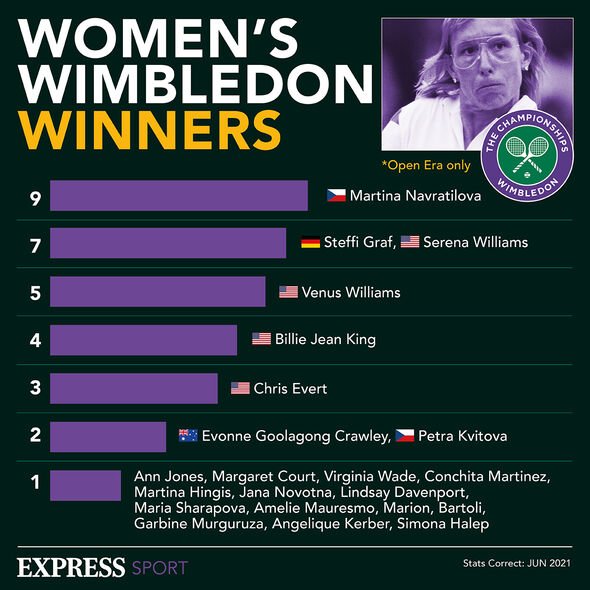 Speaking about 23-year-old fly-half Marcus Smith, he said: “The big thing for young players is distractions.

“Distractions can be the exposure they get in the media, the praise and criticism they get, groups of agents who see this guy as the next big thing.

“There’s a reason why the girl who won the US Open hasn’t done so well afterwards. 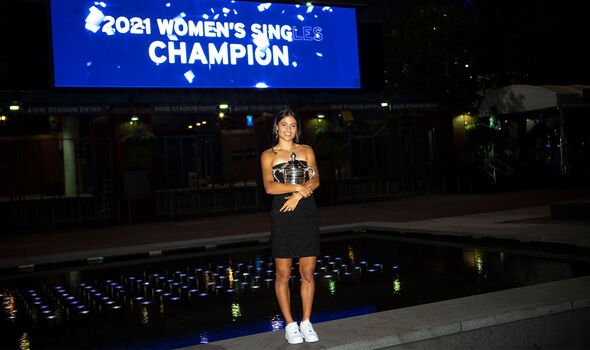 “He is grounded, but they all start off grounded. No one starts with their feet off the ground or they don’t get in the team, or they don’t win a US Open.

“But there’s this flood of distractions that comes in that makes you ungrounded.”

Raducanu’s fans and followers hit out at the criticism, with the tennis ace herself saying it was unfair.

She said she could train for 12 hours a day but if she posted on social media, “all of a sudden it’s I don’t focus on tennis or whatever. I think that is unfair.”

While Raducanu has proven herself on the turf, her critics will be keeping a close eye on her Wimbledon 2022 journey.

You can catch her on Centre Court this afternoon at 3:30pm on BBC One.