Emma Raducanu has spoken out after facing backlash for supporting Nick Kyrgios during his run to the Wimbledon final, crediting him for constantly backing her. The world No 10 tweeted his initials with a magic wand emoji the day after news broke that he was summoned to court over abuse allegations.

Raducanu’s Kyrgios tweet drew criticism for the timing, coming a day after it was reported that the ATP world No 47 had been summoned to a Canberra court over allegations he had abused his ex-girlfriend, as well as over his general on-court behaviour. Her tweet came after the Aussie beat Cristian Garin to reach his maiden Grand Slam semi-final at Wimbledon, and she has now defended her decision to support him.

“To me, he’s always been very kind and generous,” the 19-year-old told the Evening Standard. “He was supporting me after Wimbledon last year, before the US Open, so the way he’s been with me, yeah, he’s been really nice. People definitely want to watch Nick.”

Kyrgios himself responded to the tweet and admitted he thought she was endorsing him in response to the way he had publicly defended her in the past. “I haven’t had much communication with Emma before,” he said minutes after the Bromley teenager posted the tweet.

JUST IN: Russian tennis ban escalates but Wimbledon punishment not handed out 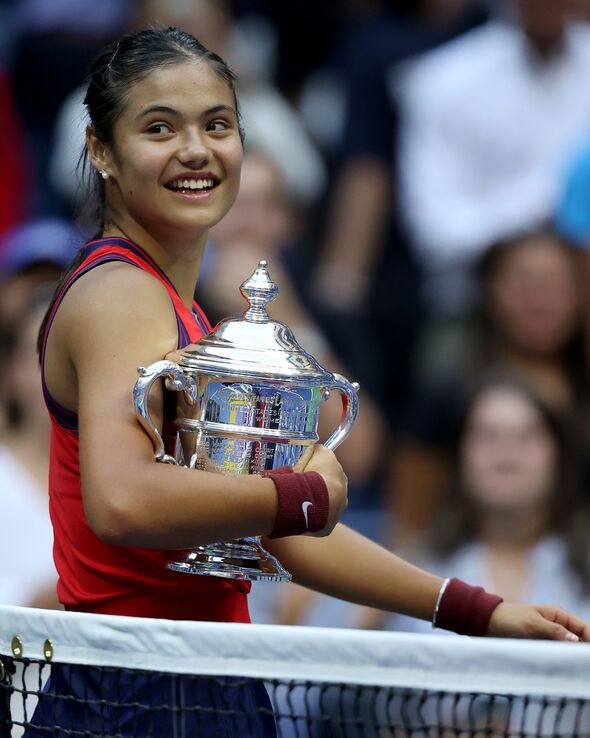 “I feel like I’ve kind of stuck up for her a bit in the media with some of the stuff that older legends kind of love to just throw shade and have their opinions on young players, young important players.” And the recent Wimbledon finalist was full of praise for the US Open, admitting he was happy to have a fan like Raducanu.

He continued: “She’s obviously going to be one of the most important players on the WTA Tour for a very long time. She’s obviously capable of winning a Grand Slam at 19. I mean, I don’t even know how old she is exactly. 19, I think. She’s very capable of doing that again. 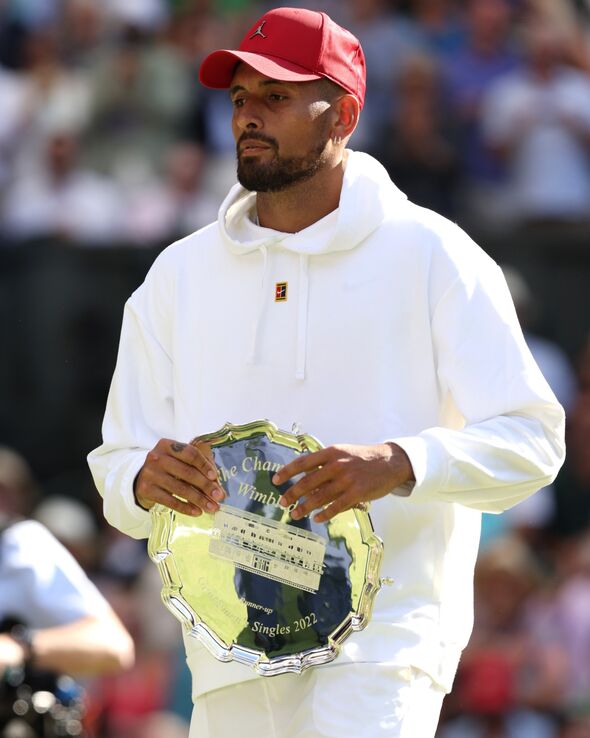 “I’m glad that I have those supporters. If she loves watching my tennis, that’s great. I enjoy watching her tennis, as well. But I think that was just a bit of a payback for how much I’ve kind of stuck up for her in the media.”

The pair are set to cross paths in Washington next week, as they are both signed up for the Citi Open, which has re-introduced a WTA event alongside the ATP 500 held there. Raducanu will be travelling with her new coach Dmitry Tursunov, while Kyrgios will play singles for the first time since his Wimbledon final defeat to Novak Djokovic after pulling out of Atlanta this week and only competing in the doubles.