Danielle Collins is set to face world No 1 Ashleigh Barty in the Australian Open women’s singles final after sealing an emphatic victory over Iga Swiatek in the semi-final.

The American, who is ranked 27th in the world, cruised to 6-4 6-1 victory over No 7 seed Swiatek to reach her first-ever Grand Slam final.

Collins’ story is quite special as she was forced to take time out last April to have surgery on her womb after suffering endometriosis. 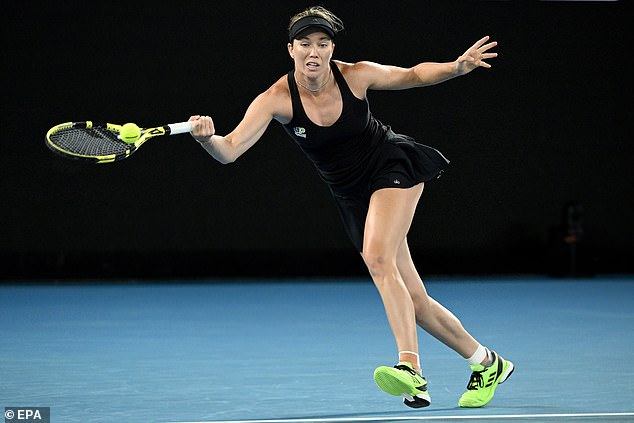 The condition involves a mass of cells usually found in the womb appearing elsewhere in the body.

But she returned to action just two months later and now seems to be on a mission to compete with the world’s best.

The American used her serve and fast pace to take advantage of Polish star Swiatek in the semi-final to continue her ‘amazing’ journey in the Open. 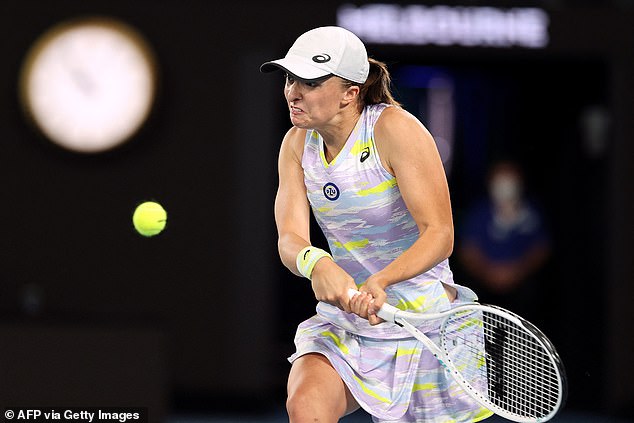 ‘It feels amazing. It has been such a journey,’ Collins said after her semi-final victory.

‘It is so many years of hard work. Yesterday I spoke about all the early mornings my Dad would get up and practice with me before school.

‘It is incredible to be on this stage, especially after all the health challenges. I couldn’t be happier.

‘I have added more variety to my game over the last couple of years but this is my Plan A. It was working for me really well today so I just had to stick with it.

‘Normally I sit down but for whatever reason in this competition I don’t feel like I have time to sit down. I haven’t sat down all tournament.’

Collins, who also reached the final four in 2019, is already looking forward to coming up against Barty in the final. 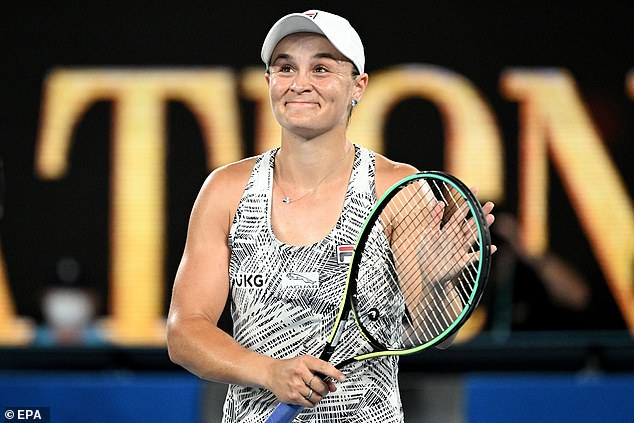 Barty, 25, defeated Madison Keys to become the first Australian woman to reach the final of her home grand slam for more than 40 years.

‘We’ve had some incredible battles over the years. To play the world number one in her home country will be spectacular.

‘The energy the crowd will bring, whether it’s for me or against me, it will be a incredible. I look forward to a great match.’

Collins will face Barty to see who will be crowned champion of the Australian Open on Saturday.