Dan Evans wins the Nottingham Open for the second time in just three years after beating Jordan Thompson in straight sets, with British No 2 not dropping a single set all week after turning to the Challenger Tour

Dan Evans once again emerged as the sheriff of Nottingham after winning the pre-Wimbledon grass court event there for the second time in three editions.

The British number two defeated Australia’s Jordan Thompson 6-4 6-4 to claim the £100,000 title and boost his confidence as he heads into this week’s Cinch Championships at Queen’s Club.

He will need to be on his best form there, as he has drawn defending champion Matteo Berrettini in the first round, fresh off his win in Stuttgart.

Evans is one of a bumper seven British players in the Queen’s draw – on the assumption that Andy Murray is able to take part.

That is the highest total since 1996, and a more substantial proportion as it is now a 32-man draw, as opposed to being 56 back then.

The number was added to on Sunday when Hull’s former American college star Paul Jubb completed an impressive weekend by coming through the qualifying event.

After beating Australia’s James Duckworth on Saturday he followed it up with another excellent victory at the weekend, beating American Steve Johnson 7-6 7-5. 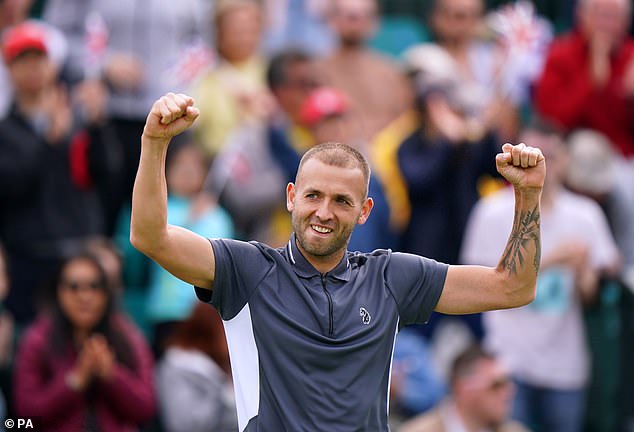 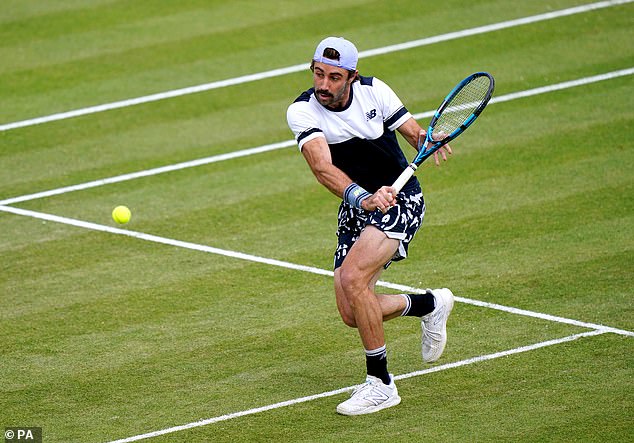 He was rewarded by being placed against the much-improved Dutch number one Botic Van de Zandschulp, which is actually one of the kinder draws among what is a difficult hand for the home contingent.

Top seed and French Open finalist Casper Ruud faces the relatively unheralded Ryan Peniston, while Jack Draper – who burst through to the quarter finals a year ago – is up against American Taylor Fritz. Cam Norrie also has a tough first round, versus Grigor Dimitrov and Liam Broady tackles Marin Cilic.

The site at Queen’s Club was racing to be ready on Sunday with fans left disappointed at being unable to attend qualifying.

The Lawn Tennis Association’s excuse was a delay in the build being caused by the extended Jubilee Bank Holiday.