Tennis players are worried that their health could be endangered if they are locked up for a fortnight’s quarantine before the Australian Open.

Melbourne government officials have decreed that players will not be welcome until the new year, which may mean the tournament has to move back a week from its January 18 start to allow for warm-up events.

People arriving in Australia have to self-isolate within a hotel room for two weeks with food delivered to the door, and there are still no guarantees that players will be exempt and allowed to go out for daily practice.

Tennis players are concerned about quarantining before playing the Australian Open

Top doubles player Bruno Soares said: ‘If we have to quarantine for 14 days inside a room and then go play a Grand Slam I will do it because it’s my job.

‘But I think it’s physically very dangerous for the players with no preparation to go there and compete right away.’

Meanwhile, Alex Zverev kept alive his hopes of qualifying for the last four at the ATP Finals yesterday when he defeated Diego Schwartzman 6-3, 4-6, 6-3. 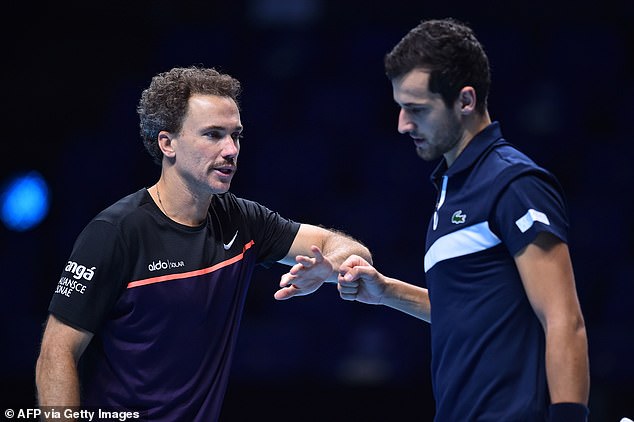