‘She has that warmth to her’: Andy Murray hails Sue Barker and says being interviewed by the TV host ‘was like chatting to my mum’ as BBC star prepares to bow out from presenting Wimbledon after 30 years

Some of Sue Barker’s greatest Wimbledon hits have come in conversation with Andy Murray and now he has revealed why.

The double champion is going to miss the BBC presenter more than anyone when she bows out after this year. She has often been the interviewer through his peaks and troughs at SW19, such as when he broke down after losing the 2012 final.

‘I always loved chatting to Sue. It was like chatting to my mum or a relative almost,’ said Murray ahead of this year’s Championships.

‘She has that warmth to her. Usually you do interviews on the TV and it doesn’t always feel the most natural to me. But with her, I almost felt like she was able to make you forget about that.

‘When I would go to the studio at Wimbledon, rather than doing an interview with the BBC in a studio she made it feel more relaxed. It was like you’re chatting to someone in the living room.

‘That was what I really loved about her. Obviously I’ve watched her on the TV growing up, whether that was Wimbledon, or A Question of Sport, or things like that.

‘I mean this as a compliment but she was obviously an amazing tennis player. A lot of people maybe don’t realise that because she has become so good at what she does know. 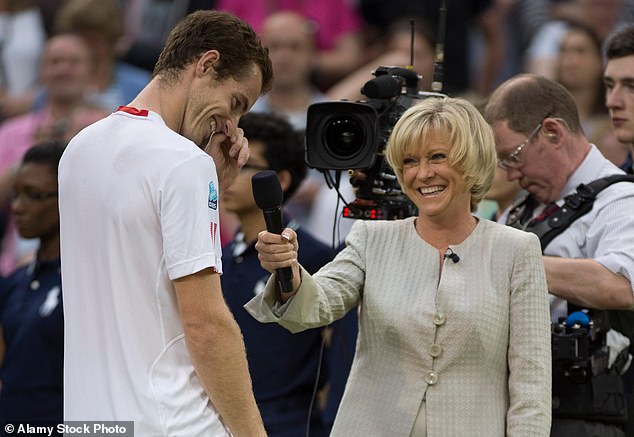 ‘I think that’s a pretty good compliment when you’ve been as good at some of the things she has been.’

On Friday Murray was drawn against Australia’s world No 77 James Duckworth in the first round. The 35-year-old Scot will play on Monday, with the winner potentially playing big-serving John Isner after that.

His draw suggests he could make the second week, if fully recovered from the stomach strain that hindered him in the recent Stuttgart Open final and kept him out of Queen’s.

There is the promise of more primetime evening matches and those involving Murray have become a staple of Wimbledon. The thrill of them has been a major motivating factor in getting him through his recent fitness battles.

Prior to the setback in Germany, Murray’s movement had looked the best it has been since having a metal hip installed. He was so encouraged he even reversed his decision to skip the clay court season to concentrate on the grass. This remains the surface on which he has the best chance though. 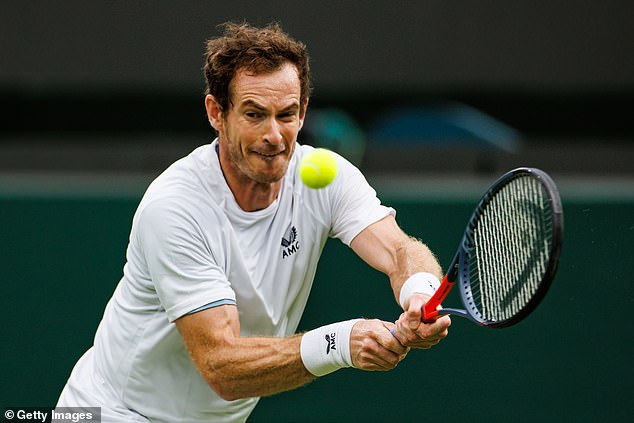 ‘The Denis Shapovalov match at Wimbledon last year, it was really frustrating for me because I didn’t feel like I was able to do myself justice. I had done so much rehab but had not got myself to a position where I was able to be competitive in a big match on Centre Court.

‘But those occasions are also the ones that drive me to continue. I still believe there are great performances in me against the best players.

‘That is one of the reasons why I’m still playing. Not just to play a second round but to play the Wimbledon final against Djokovic or Nadal or Berrettini.’