Todd Martin has hailed Andy Murray for his style in competing in the same era as Roger Federer, Rafael Nadal and Novak Djokovic. Much of the attention in men’s tennis centers around the trio of Federer, Nadal and Djokovic but Murray was able to go toe-to-toe with them and create a compelling era of dominance.

Unfortunately for Murray, injuries have taken their toll on the British star but he continues to come back and remains hopeful of challenging for major titles again.

Murray is likely to get an automatic ballot inclusion into the International Tennis Hall of Fame when he retires on account of his three Grand Slam titles and 41 weeks at world No 1.

Martin, who is CEO of the International Tennis Hall of Fame, revealed his admiration for what Murray has been able to accomplish.

“There are a lot of areas Andy has overachieved with,” Martin told Tennis365.

“I think he’s at a different level to Roger, Rafa and Novak, but one thing is for certain that his heart and his mind are always in the game.

“The thing I recognised early on with Andy, and I would say this across the board for the modern player, is I haven’t seen a player who feels the game better than he does.

“Even from an early stage in his career his ability to junk slice the ball around, not having a great forehand, looping the ball quite a lot, he doesn’t server as well as he could, but he has a tremendous sense how to play the game.

“I think there are four male players right now who will make very compelling cases to be in the Hall of Fame. 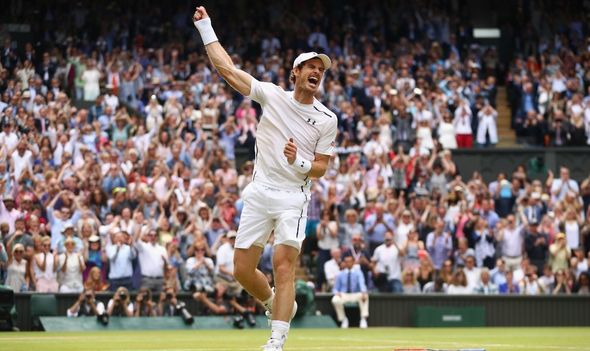 “Andy is really going to enjoy coming to Newport Rhode Island in the future.”

Meanwhile, the ATP and WTA Tours have announced an extension to the current suspension of the 2020 season due to the ongoing coronavirus pandemic.

No tennis has been played on either tour since the start of March due to health and safety concerns.

The clay and grass court seasons were cancelled and there was due to be no action until July.

But the ATP has pushed its return date to the start of August while the WTA will make a decision on the events in Karlsruhe and Palermo next month.

Andrea Gaudenzi, ATP Chairman, said: “Just like tennis fans, players and tournament hosts all over the world, we share in the disappointment the Tour continues to be affected in this way.

“We continue to assess all of our options in an effort to resume the Tour as soon as it is safe to do so, including the feasibility of rescheduling events later in the season. “As ever, the health and well-being of the tennis community and wider public remains our top priority in every decision we make.”