Andy Murray is hoping that this Wimbledon will not be his last, but when he finally returns next week to the stage of his greatest triumphs he will be telling himself to enjoy the moment. That will not be easy for someone as ferociously competitive as the 34-year-old Scot, but after four years of physical pain and mental anguish during his struggle to overcome a major hip injury the opportunities to pick up his career again may be running out.

Murray, who will face Nikoloz Basilashvili in the opening round, wants to be “a little bit more present” when he plays his first singles match at the All England Club since 2017.

“I just wish I’d done that more during my career,” the world No 119 said as he looked ahead to the tournament. “I often kind of got into a zone the week before Wimbledon. I was always very stressed. I was always in tunnel vision in the build-up to it and I maybe didn’t appreciate that week as much. I just wasn’t present enough.

“I was always just thinking about the tournament and about going far and trying to win the event, rather than just enjoying it a little bit more. I’m obviously trying to do that this week, but I’m sure the closer the tournament gets, my competitive instincts will kick in and my focus will be turning to the matches again.”

Since limping to defeat against Sam Querrey in the quarter-finals in 2017, Murray has made repeated comeback attempts and has twice undergone surgery. His “resurfacing” operation in January 2019, which he said had been “a last resort”, involved inserting a metal cup at the top of his right femur, a procedure from which no other tennis player has ever recovered to play top-flight singles again. 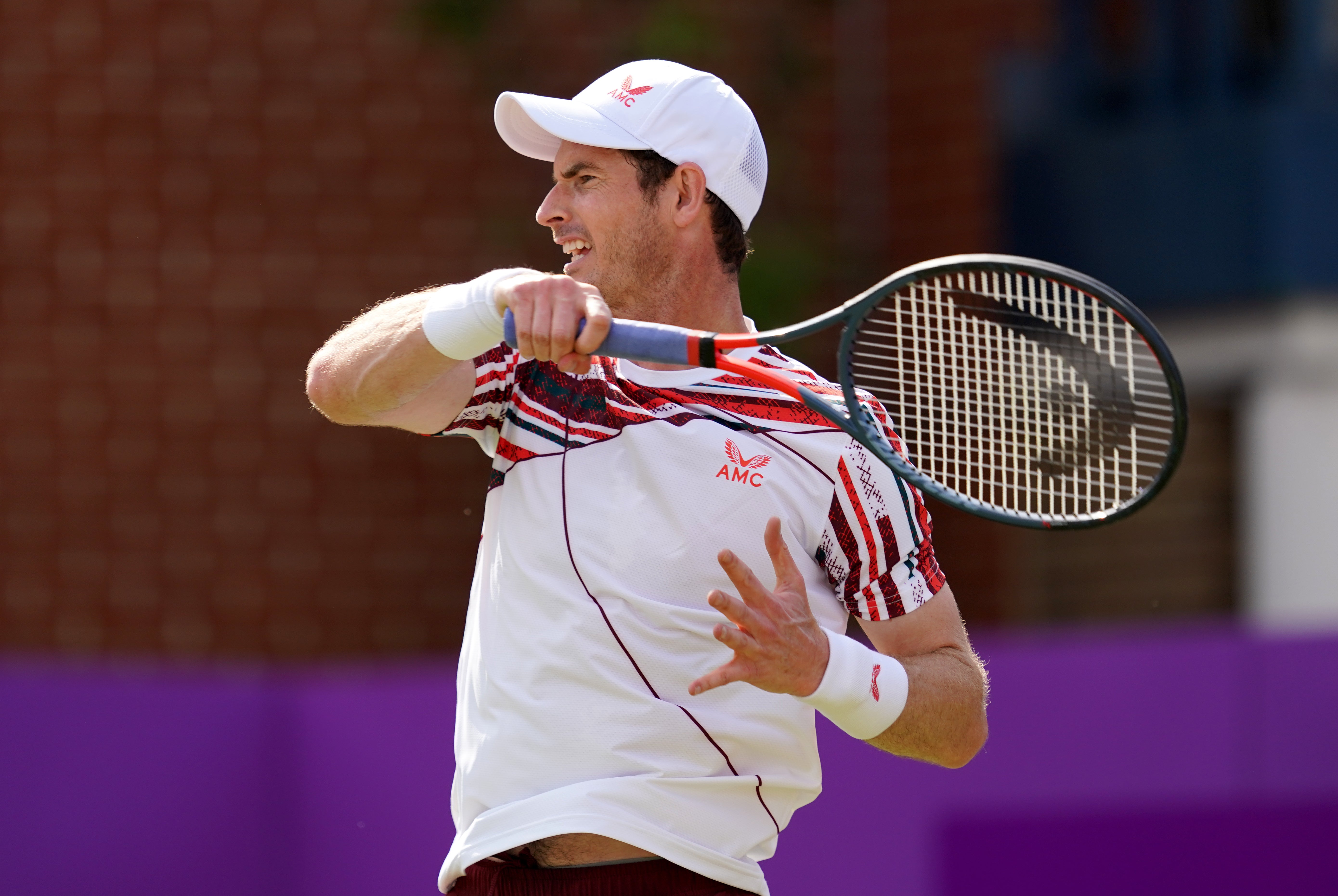 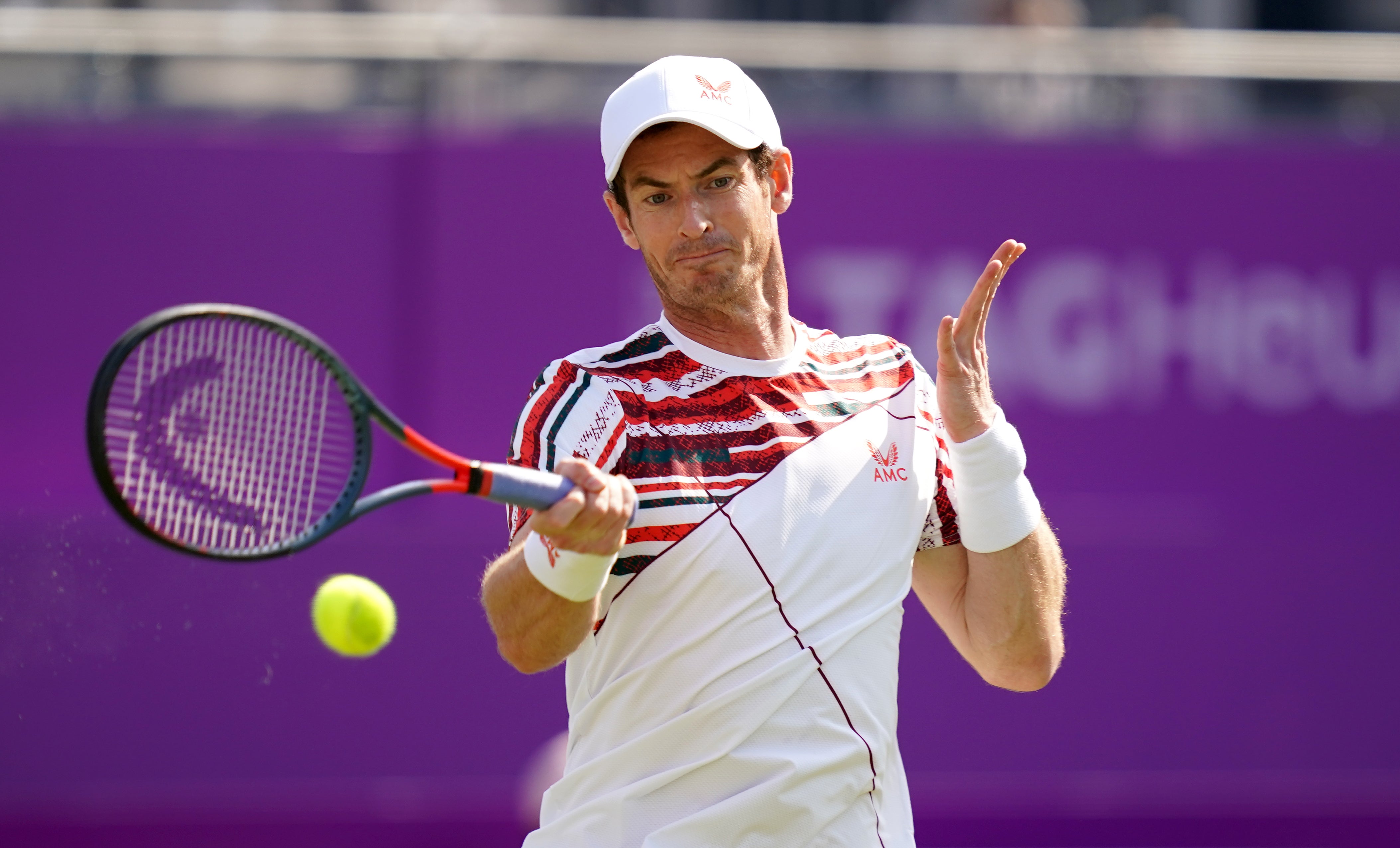 Despite the success of the surgery in terms of his being able to lead an everyday life largely free from pain, Murray has suffered regular setbacks in his attempts to regain full fitness. In the last 18 months he has played only 12 tour-level matches, the most recent of them at Queen’s Club last week, where he was still feeling some discomfort. He is not sure of the source of his most recent problem, which has forced him to go easy on his training this week.

“When you’ve had multiple setbacks and they keep happening, it’s difficult to not view each tournament as being extremely important, because you don’t know what is going to happen,” he said. “When you come back from an injury and you know you’re physically doing fine you have the time physically to lose a few early matches and build up, but that hasn’t really been the case for me the last few years, so it’s been hard.”

Having played singles in only four of the last 14 Grand Slam tournaments and won just two matches in the process, Murray is excited about the prospect of competing at the All England Club again

“I’m sure I’ll be nervous as well,” he said. “I’ve missed playing in front of fans. It was nice to be able to get the opportunity to do that at Queen’s, but I’ve also just missed playing at Wimbledon, playing at the majors. I missed the Australian Open and the French Open this year. The US Open last year was fun and it was great to be back out there competing in a major, but with no fans it just felt a bit empty. It’s not the same. I feel lucky that I’m getting another chance to do it.”

Murray drew some encouragement from his matches last week at Queen’s, where he lost to Matteo Berrettini, the eventual champion, but thinks he can “do a lot better” at Wimbledon.

“I’m not saying I’ll get to exactly where I want to be, but I think I can get myself a bit closer,” he said. “I’ve always preferred the courts at Wimbledon. Even though I’ve played well at Queen’s and they’ve got great courts, it’s always a little bit quicker. The courts at Wimbledon tend to be a bit slower. I practised on them in the build-up to Queen’s and I like them a lot. I think I can do well.

“I don’t think there are that many guys who are unbelievably comfortable on the grass, so that plays in my favour. Obviously a lot of the younger guys didn’t get the opportunity to play on grass last year. I practised with Jannik Sinner and he’s played only four matches on grass in his life, because he didn’t play juniors and he didn’t play last year.”

Another reason for Murray’s optimism is that he still managed to go within one set of the Wimbledon semi-finals in 2017, despite having had to hobble this way through the tournament and having been in severe pain.

“Usually I’m devastated after losing at Wimbledon, but on that I occasion I was just so happy that it was over,” he recalled. “I was feeling horrendous and I was in so much pain playing there.

“I just wasn’t enjoying it and with each set and each match it was getting worse and worse. That was one of my better achievements, to make the quarters that year and get close to the semis, and that’s probably one of the reasons why I still feel like I can do well.

Because of the measures that have been put in place at the All England Club as a result of the pandemic, Murray is uncertain whether his wife Kim and any of their four children will be able to watch him play. “I’m not sure if it is appropriate for kids and there is not anywhere for them to hang out,” he said. “I’m not sure if they are coming to watch. Maybe my parents will come along, but Kim and the kids, I’m not sure.”

Does Murray think this might be the last time he competes at the All England Club? “I don’t want it to be my last Wimbledon,” he said. “I’m not going into Wimbledon thinking I’m saying goodbye. I want to keep going and I want to keep playing, but obviously I don’t know. If I got a significant injury or whatever, then that would obviously change things, but I guess that’s the case with most players when they get into their mid-thirties. I’m still planning on playing for as long as I can, so I hope that’s not the case.”

He added: “I’m still extremely competitive. I’ll still want to go and work hard and train hard every day to try and improve and get better and give myself a chance to play at the highest level.”

Andy Murray is an ambassador and investor in HALO Hydration, which is now available in the UK at HALOHydration.com

Related posts:
Previous Post: John Leeper on retrieval mission
Next Post: Thomas Muller’s antics before England vs Germany come back to bite him