Instead of making an emotional return to the Australian Open, Andy Murray will find himself playing obscure Challenger-level events in northern Italy.

And the twice-Wimbledon champion is convinced lax protocols at the National Tennis Centre (NTC) are to blame for the positive Covid test which prevented him making the trip Down Under.

In another embarrassment for the Lawn Tennis Association, Britain’s greatest player believes a slackening of rules at Roehampton around New Year led to him contracting the virus. That in turn led to other family members being infected and ended his hopes of returning to Melbourne, two years after he feared his career was over.

His view is in line with others around the NTC then, who attest that too many people were allowed in to practise and there was a lack of social distancing in the players’ lounge.

An outbreak of Covid ensued and Murray’s frustration was compounded by the fact he had been careful to ensure he remained healthy before he was due to go to Australia.

‘My feeling is that we stuck to all the protocols,’ said the 33-year-old Scot. ‘I know that none of my team have had the virus. I was the only one to pick it up and none of my family had it before, so I brought it to them.

‘The only two places I went to were the National Tennis Centre and my house, so I know where I got it from. I have an electric car so I didn’t even stop at any petrol stations on the way there.’

The NTC managed to stay bio-secure until the very end of the year and protocols have been tightened again since the outbreak, which Murray acknowledges.

‘After Christmas you obviously have an indoor venue where they are using all six courts, there were tons of people in the gym and it was just totally different. Now it’s kind of back to what it was in April, which is good.

‘The player lounge, which was there for the players to go and relax in, that’s shut now, all the players and staff are now getting tested which is good but that wasn’t in place beforehand.

‘Obviously people were coming back from the festive period, from different parts of the country which had different tiering systems. 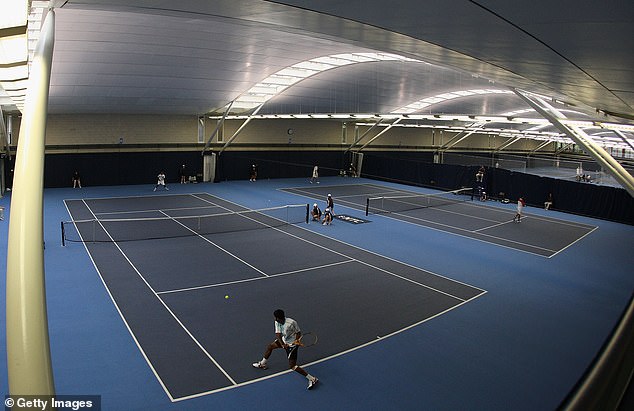 ‘Over that period there wasn’t really much testing going on when people were coming in post-Christmas time. That was when there was the outbreak.’

Murray will now make his comeback next week at the €44,000 (£38,600) Challenger event in Biella. Infuriatingly, he had been hugely encouraged by the progress made in recent months, with his hip issues having settled down.

‘I still am gutted about it, when I’m sitting in my hotel room here healthy and fit and ready to play and compete, seeing the tournaments going on down there,’ he said.

‘It’s tough, because I’d prepared really well, it had probably been the best two or three months training that I’d done in the last few years. The body was responding really well, I felt like I was in a very good place.’

Although fully recovered, he accepts that it was not practical to go to Melbourne.

‘I wasn’t angry that I wasn’t able to go, I know they’ve done a brilliant job down there controlling the virus, and the players are very fortunate they’re able to play, so I wasn’t angry at the Australians. 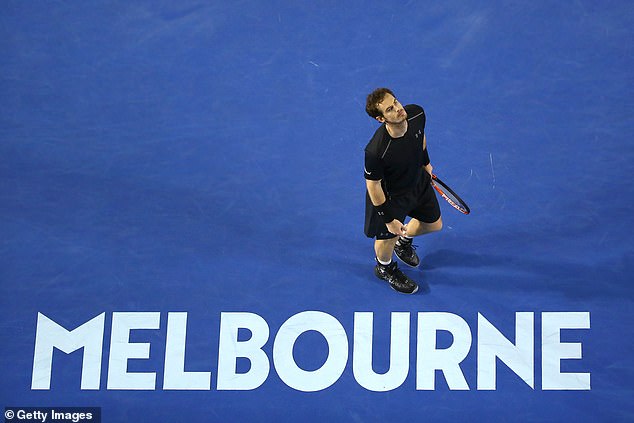 ‘But I felt like because I’d had the virus, I was therefore not infectious and wouldn’t be posing any risk to anyone.’

His situation raises more questions about the competence of the LTA, who under chief executive Scott Lloyd have spent more than £1million upgrading the NTC.

A spokesman defended their safety record at Roehampton, which has staged 17 tournaments during the pandemic.

‘We have consistently applied the stringent and appropriate restrictions, testing and other protocols for elite training centres in line with government guidance,’ he said.

‘Our protocols are regularly communicated to everyone using the venue and we expected them to be adhered to. It is impossible for LTA staff to police every part of the building continuously and ultimately individuals are responsible for their own behaviour.’