Andy Murray tests positive for coronavirus ahead of tournament

Furious Andy Murray has claimed he caught COVID-19 while training at the LTA’s National Tennis Centre last month. And the former world No 1 has blamed the lax approach to health and safety protocols for an outbreak of the virus at the £40m London base.

The double Wimbledon champion said he was “gutted and angry” to be forced to miss another Australian Open after working to reach his best level of fitness for years. But the Surrey-based Scot revealed he was more enraged because he infected his wife Kim, their children and a close family member.

Murray has been backed in his criticism by British No 1 Dan Evans and other visitors to the LTA’s flagship training centre. The allegations include:

The Scot said: “I don’t think people always realise that if you’re not sticking to what the rules and the protocols are, or the protocols that are in place are not good enough, you’re putting people in serious danger.”

Murray tested positive on January 11 in his pre-flight test before his planned trip to the Australian Open.

He insists he caught the virus at the NTC – and claimed Covid rules were not strictly followed by others over the Christmas and New Year period. Paul Jubb and an LTA doctor were also among the positive cases.

“The only two places I went to were the NTC and my house for the 10 weeks of training, so I know where I got it from,” said Murray.

“I couldn’t have picked it up anywhere else. I stuck to all of the protocols that were in place.”

Murray said his family all initially tested negative after his positive test result and he isolated in his room for five days.

“My family are okay. I was p****d off that I missed Australia from a personal perspective, but then the wider more important point, is that it’s not just about a tennis tournament, when I am going back and giving the virus to all of my family and infecting them. I care about that a lot.”

Evans, who has reached the final of the Murray River Open in pursuit of his first ATP Tour title, added: “The virus got into the centre somehow. I think Christmas period and the New Year period maybe slackened a little bit.” 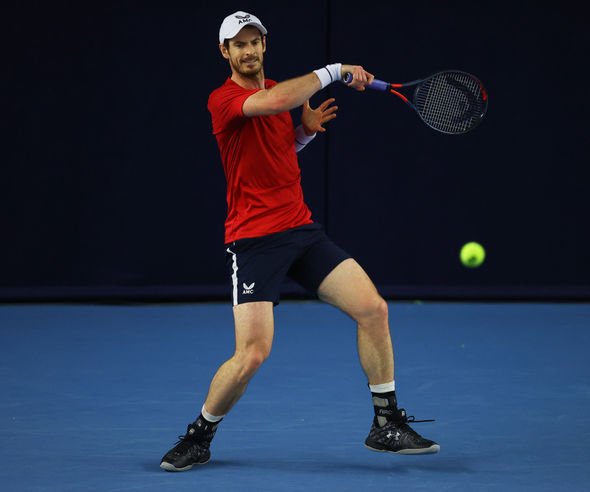 Another visitor to the centre claimed to have seen one player sitting on the knee of another in the player’s lounge.

An LTA statement said: “Our protocols are regularly communicated to everyone using the venue and we expect them to be adhered to in the player lounge and all other areas of the building. It is impossible for LTA staff to police every part of the building continuously and ultimately individuals are responsible for their own behaviour and ensuring they follow the rules to protect themselves and others.”

Murray, who has not played since October, will return to action in the main draw at the Biella Challenger in Italy starting on February 15 after being awarded a wildcard. “It’s tough to see the Australian Open going on over there,” said the five-time finalist. “I’m obviously healthy and fit and ready to play and compete. I felt like I was in a really really good place.”