Sir Andy Murray has jokingly called out Alan Brazil after being told the talkSPORT presenter and Ally McCoist would “love” to go for dinner with the two-time Wimbledon champion. The 35-year-old ace, who is taking part at this week’s Laver Cup in London, was quizzed on the prospect of joining his two compatriots for a spot of food – except he wasn’t impressed by the idea of linking up with Brazil.

Murray appeared to indirectly reference criticism from Brazil back in 2019 when the three-time Grand Slam winner broke down in tears after revealing the Australian Open could be his last ever tournament due to injury.

“Alan Brazil would like to go for dinner with me? Really?” Murray said. “I’ve only ever heard him slagging me off on the radio.”

Murray was then asked, “Really?” to which he promptly responded: “Yeah, absolutely!”

Brazil took the chance to respond during talkSPORT breakfast, stating: “He’s got selective hearing. He has. 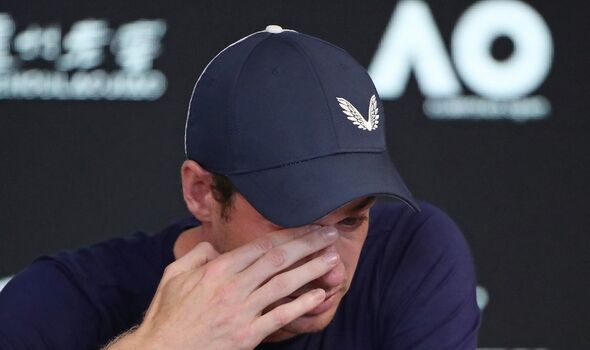 “I have shouted him on in most tournaments, most big tournaments that he has played in.

He then added following further stick from Gabby Agbonlahor: “He would have won a lot more, let me tell you, if he didn’t have some of the greatest around him.”

McCoist then chimed in: “Gabby, the bottom line is, it’s a table for two for me and Andy – big Brazil is not coming!

“I will be taking Andy up on that offer. The only thing I would say is that I would advise him to bring that Wimbledon winners’ cheque with him because I’m capable of blowing that on a starter.”

Brazil then continued: “I knew that was coming by the way but I’m not apologising. No chance! I cheer him on all the time.”

The 63-year-old has never been one to hold back and his brutal assessment of Murray’s emotional breakdown in 2019 caused a stir at talkSPORT towers.

“What were the tears? Come on! I don’t recall [Novak] Djokovic or [Roger] Federer crying their eyes out. I admire what he has done, but I don’t want tears.

“If he’s in pain, go to a proper specialist and get it sorted. I’m not having this. Anyone can play tennis.

“I’m more agile than he will ever be. Don’t get married and don’t have a kid if you want to be a sportsman. I put this down to being a father, having a kid. Your life changes.”

He then continued: “I’m being serious – I think Andy’s got a bit of a problem to be honest.

“He’s got to be a little bit careful. I don’t like to see a grown man break down like that.”

Brazil also mocked the ‘dangers’ of playing tennis compared to football, stating: “I had people kicking me, not Slazenger balls hitting me.”

Both McCoist and Jim White were frustrated by his comments as they jumped to the defence of Murray.