Andy Murray has admitted he was never the same player again after suffering his hip injury against Stan Wawrinka in the 2017 French Open semi-finals.

The Scot said he was “amused” to draw his fellow Grand Slam champion in the first round this year. The two are set to meet at Roland-Garros on Sunday.

In 2017, the two were at the peak of their powers but Murray aggravated a hip injury which saw him limp out of Wimbledon and then undergo two hip operations. He has not played in the French Open since.

And the world No 111 said: “Yes obviously it was an amusing draw.

“It was actually the first time I have watched the draw in the last 10 years.

“I never do it and them got a group chat with a bunch of the the guys and they sent a link through and I watched it. It was a bit weird they way they do it with the computerised stuff – you are used to seeing the names picked out of the hat.

It was a very tough match that match against Stan a few years ago. It was a brutal one.

I knew something was up before the Nishikori match (in the quarter-final) there.

“I didn’t know it was that bad but at the end of the Stan match, in the fifth set, I was struggling to push up on my serve and moving to my forehand. And I never felt the same after that match.”

Murray, 33, revealed he had been suffering from tendonitis since losing in the second round of the US Open – and had his return to clay delayed by the slow return of a Covid-19 test.

But the double Olympic champion said: “In practice I have felt decent. Usually takes quite a long time to get used to it again.

“It didn’t feel like a year since I last played on it.”

Murray also revealed the Covid-19 test is “definitely more uncomfortable” in Paris than in New York.

“The Covid test they get right up there,” he smiled. “I know that is what is supposed to happen. 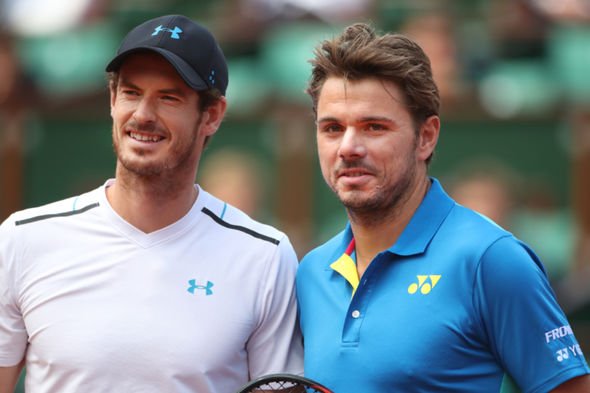 “It is just weird because I have never had that before where something goes up through your nose and into your throat.

“It is quite a weird feeling Testing is definitely more uncomfortable. Onsite it probably feels a little bit more like a tournament, a usual tournament, in comparison.

“It feels more like it usually does on site. The locker-rooms are a little bit quieter.”

Related posts:
Previous Post: The Big Non-League Football Survey – Tell us your thoughts on return to action
Next Post: Jadon Sancho names Marcus Rashford as the MOST skilful player