Heather Knight believes women’s cricket must learn the lessons of England’s wasted World Cup victory and make the most of the success of the Hundred.

Knight, who leads England into the first Twenty20 international against New Zealand at Chelmsford on Tuesday feels the women’s game missed a huge opportunity after her side’s thrilling 50-over victory over India at Lord’s in 2017.

Now, with women’s cricket the big winner from the new competition, the England captain wants to see the same investment from the ECB into the international game.

‘To be honest, 2017 did feel like a bit of a one-off, unfortunately,’ said Knight. ‘It was an amazing day but I don’t think the momentum was capitalised on. That’s often the way with women’s sports. A lot of the success of the Hundred could transfer into the international game.

‘I’d love to see the same marketing budget being put into T20s and try to fill Lord’s and have it live on the BBC. That could translate into a lot more people being interested in cricket.’

Knight revealed her side have the same worries as the men’s team about the harsh quarantine conditions in Australia ahead of their Ashes tour early next year.

‘It will be a very long trip, with the World Cup following in New Zealand, and we have the same concerns on families,’ she said. ‘We’re all desperate to take part.’ 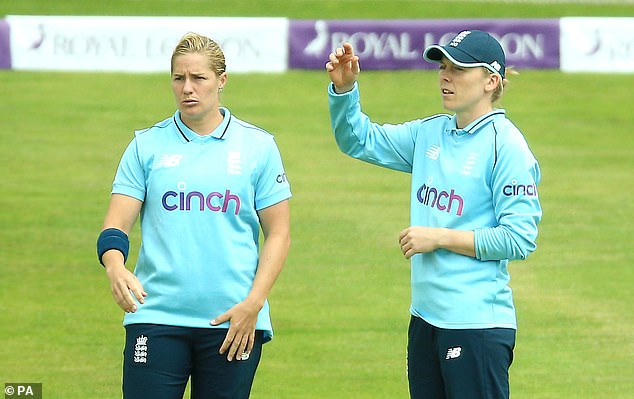