Will Tiger Roll win the virtual Grand National? ITV plans to broadcast race which features latest CGI technology on April 4 after Aintree’s famous steeplechase was cancelled due to coronavirus pandemic

We will never know if Tiger Roll would have won a third Grand National at Aintree on April 4 but we will get to see if he wins the 2020 Virtual Grand National with ITV planning to broadcast the race that features the latest CGI technology at 5pm a week on Saturday.

The TV special will feature the 40 horses and riders who were most likely to run in the Aintree spectacular and will try to answer the key question in racing.

Could the Tiger have won the 2020 race and entered the history books as a three times back-to-back winner?

Rob McLoughlin, Executive Producer, said: ‘We use the latest CGI technology and algorithms and were ready to go ahead as a forerunner to the big race but now we want to cheer the nation up and ask the computer if history could have been made.

‘It’s very sad not to have the real race but this is fascinating and fun and as proven since 2017 incredibly accurate.’

The special will also pit Red Rum and Tiger Roll against each other in the Race of Champions alongside 38 other champions who will race over the real Aintree jumps and famous course. 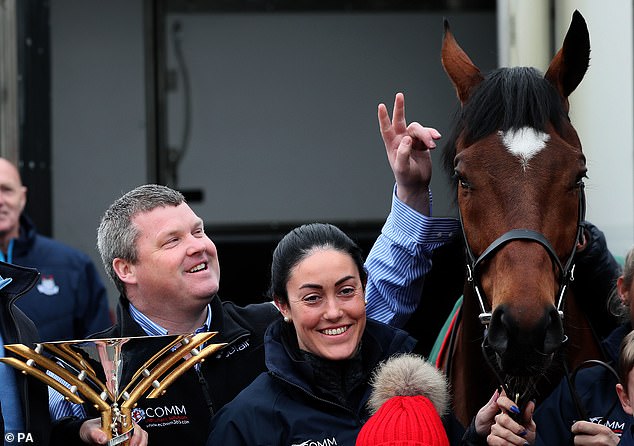 The programme will be hosted with guests including Richard Pitman, the jockey who finished second on gallant loser Crisp behind Red Rum in the epic 1973 Grand National.