This week will be big for Paul Townend. But whatever is thrown at him, the new No1 jockey for trainer Willie Mullins is confident he will take it in his stride.

The man who has stepped into the massive boots of retired Ruby Walsh knows that whatever happens to him cannot be as bad as the day he steered Al Boum Photo around the final fence when about to win a valuable Grade One chase at the 2018 Punchestown Festival, mistakenly believing he had heard a call to by-pass the fence.

Townend was at the heart of a racing storm. That he partnered Al Boum Photo to victory in the 2019 Cheltenham Gold Cup 11 months later speaks volumes about the faith and loyalty of Mullins and the horse’s owner Joe Donnelly, plus the resilience of Townend.

As an avalanche of social media bile came his way, a quip from the man he would succeed helped to dissipate any awkwardness.

Townend said: ‘I hope I’ve done enough since then to clear my name. I threw my phone in the cupboard for a couple of days. I had a different phone for the end of the week at Punchestown. I didn’t need that negativity in my life.

‘I went into the yard the next morning. I was riding out first lot and Ruby started straight away.

‘I was on a horse that was doing something different to the rest of the group. Willie was trying to fit me in somewhere and Ruby turned round and goes, “Sure, it doesn’t matter, he’ll just go where he wants, anyway”. That was the ice-breaker. It was brilliant that it came out straight away like that.’ 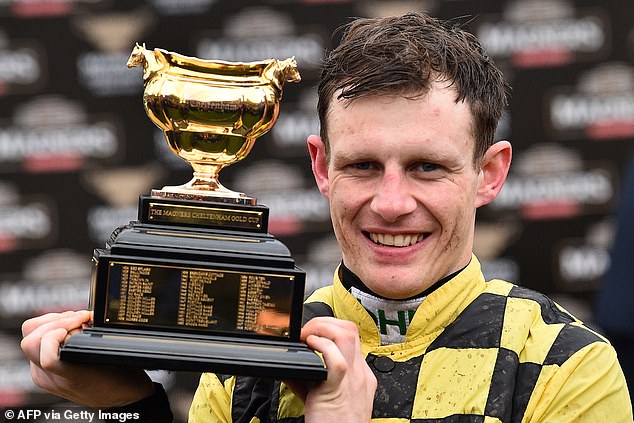 The incident made winning his first Gold Cup for Mullins all the more satisfying for the man who has worked for the 13-time champion trainer since he left school as a 15-year-old.

Townend said: ‘It was nice that I was able to do something for him that Ruby hadn’t already done. He didn’t leave too many blank spaces! I’d have taken a Gold Cup for anyone, but to ride one for Willie was special. He did take me under his wing and it was great to repay him for all the chances he’s given me.’

Townend, whose father Tim is also a trainer, was already star of Ireland’s pony racing circuit by the time his cousin, jockey Davy Condon, took him to Mullins’ stable in County Carlow. He has never thought about leaving.

Townend said: ‘Hedgehunter was there. He’d just won the 2005 Grand National. He was one of the first horses I got to ride for Willie in a schooling race round Thurles.

‘I couldn’t believe when I got to ride him. He ran clean away with me. He was a schoolmaster. All I had to do was keep turning him the right way.’ Back then Mullins sent a team of 10 to 15 horses to Cheltenham. This week it will be closer to 60 for the trainer whose 65 winners is a record, as are the 59 winners ridden by Walsh.

Townend has 10 wins but only one — Laurina in the 2018 Dawn Run Mares’ Hurdle — was favourite and six were double-figure odds. 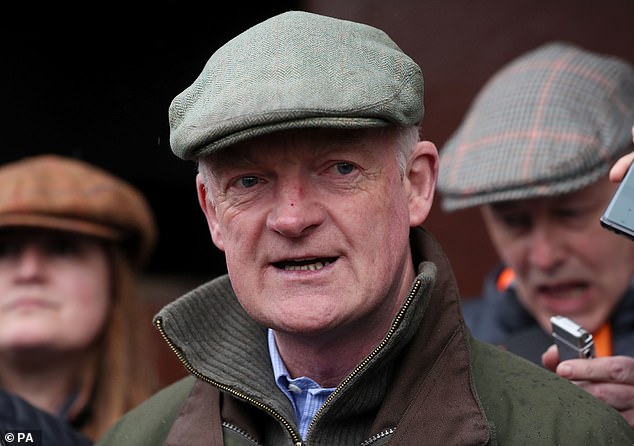 This week will be different. Townend has to make the difficult choices, picking which of his boss’s entries to ride and partner the high-pressure short-priced favourites.

Ladbrokes make him 15-8 favourite to be the meeting’s top jockey. Standing in for Walsh when he was injured made the transition seamless when it came.

Townend is heading towards his third jump jockey title in Ireland and already has 53 Grade One wins under his belt. Walsh may no longer sit next to him in the weighing room but is still a big support.

‘He’s a firm but fair man to deal with. I love the way any time you ask him a question, even if he doesn’t have advice for you there and then, he’ll come back to you a few days later,’ revealed Townend. ‘He doesn’t just fob you off with an answer. He’s open and approachable for information.’

‘I don’t think Willie’s ever won the Champion Chase so that’s another one for the bucket list,’ added Townend.

That bucket could be overflowing by the end of the biggest four days in jump racing. 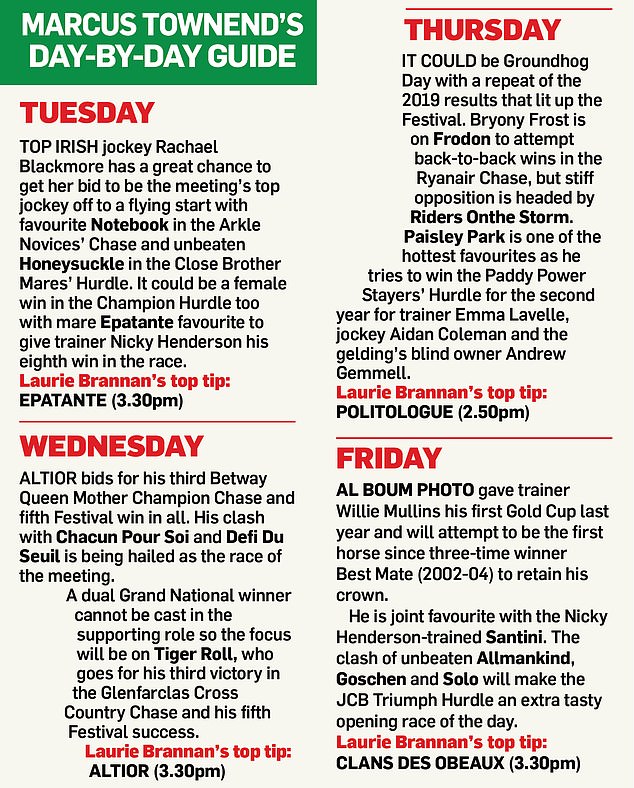