A spectator brandishing a cardboard banner knocked down most of the Tour de France peloton on Saturday, causing a huge crash on Stage 1 of the 2021 race.

The main bunch were around 40km from the finish of the opening stage at Landernau when Jumbo-Visma’s road captain Tony Martin collided with the sign, that was waved out into the road.

Martin could do nothing to get out of the way, with a thick pack of riders on his left and a grass verge on his right, and had no choice but to ride straight into the oblivious fan’s piece of cardboard as it was help up for the cameras bearing a message to the fan’s grandparents.

First Martin’s teammates around him fell, before it spread like wildfire and about three quarters of the bunch were lying on the road in a pile of flesh and metal. Initial reports suggested only one rider was forced to immediately abandon the Tour, the German Jasha Sutterlin (DSM). 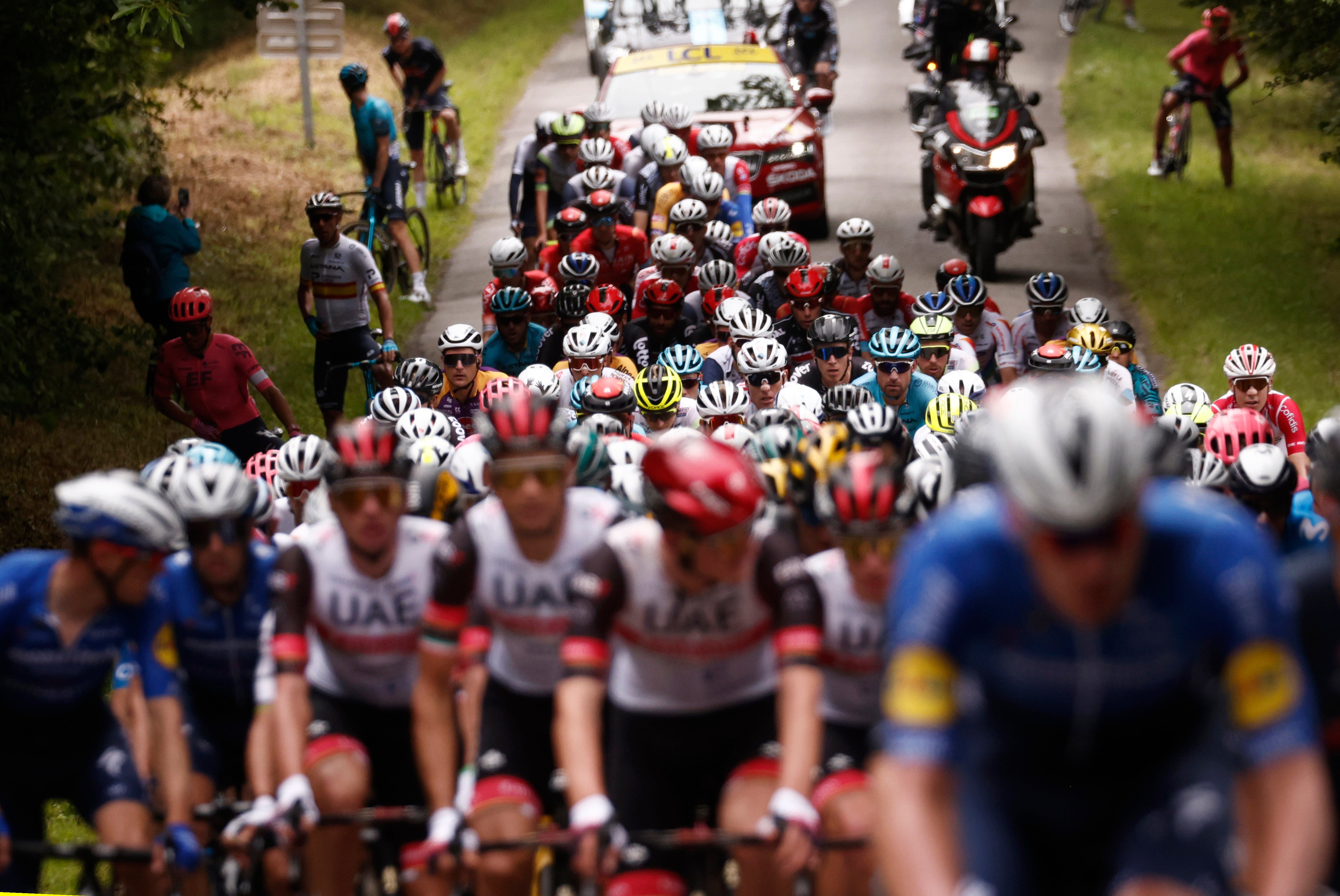 Those riders who avoided the incident took it easy in an effort to let the rest catch up ahead of the final climb of the day.

The Tour’s official account tweeted: “We’re glad to have the public on the side of the road on the #TDF2021. But for the Tour to be a success, respect the safety of the riders! Don’t risk everything for a photo or to get on television!”