If stage one was designed to put the darling of French cycling Julian Alaphilippe in the yellow jersey – an opportunity he grasped quite sensationally amid the chaos – stage two is made to keep him in it. The 183.5km ride from Perros-Guirec finishes with two climbs of the Mur-de-Bretagne, a Tour de France classic which has a rich history of entertaining battles down the years, and it is perfect for Alaphilippe, an elite puncheur who will be swapping the road race world champion’s rainbow jersey for the maillot jaune and won’t give it up without a fight.

The tough finish means some of the climbers and general classification contenders might fancy their chances of the stage win. Geraint Thomas probably doesn’t want to play his cards too early but he is only eight seconds back from Alaphilippe, as are last year’s winner and runner-up, the Slovenians Tadej Pogacar and Primoz Roglic. Then again, their first priority will be avoiding any damage when the crosswinds hit from the Atlantic and potentially split the bunch.

Mathieu van der Poel tried and failed to haul in Alaphilippe on stage one but that is unlikely to put him off having another go here, while Wout van Aert has the all-round skillset to handle such a profile and be in position at the finish, with a kick to beeat anyone in the field. Australia’s Michael Matthews, who finished second on the opening stage, will surely be back for more here too.

The day involves five categorised climbs in all and, just to add a twist to proceedings, bonus seconds await those riders quickest to the top of the first Mur-de-Bretagne climb. That incentive should encourage the big hitters to come to the fore and stay there, especially so given the crashes which saw so many riders lose time. Ineos’s Tao Geoghegan Hart is five minutes down and Richie Porte is more than two minutes back; 2019 podium finisher Steven Kruijswijk is 1min 49sec off the pace, as is Bora-Hansgrohe’s Emanuel Buchmann and Movistar co-leader Miguel Angel Lopez. 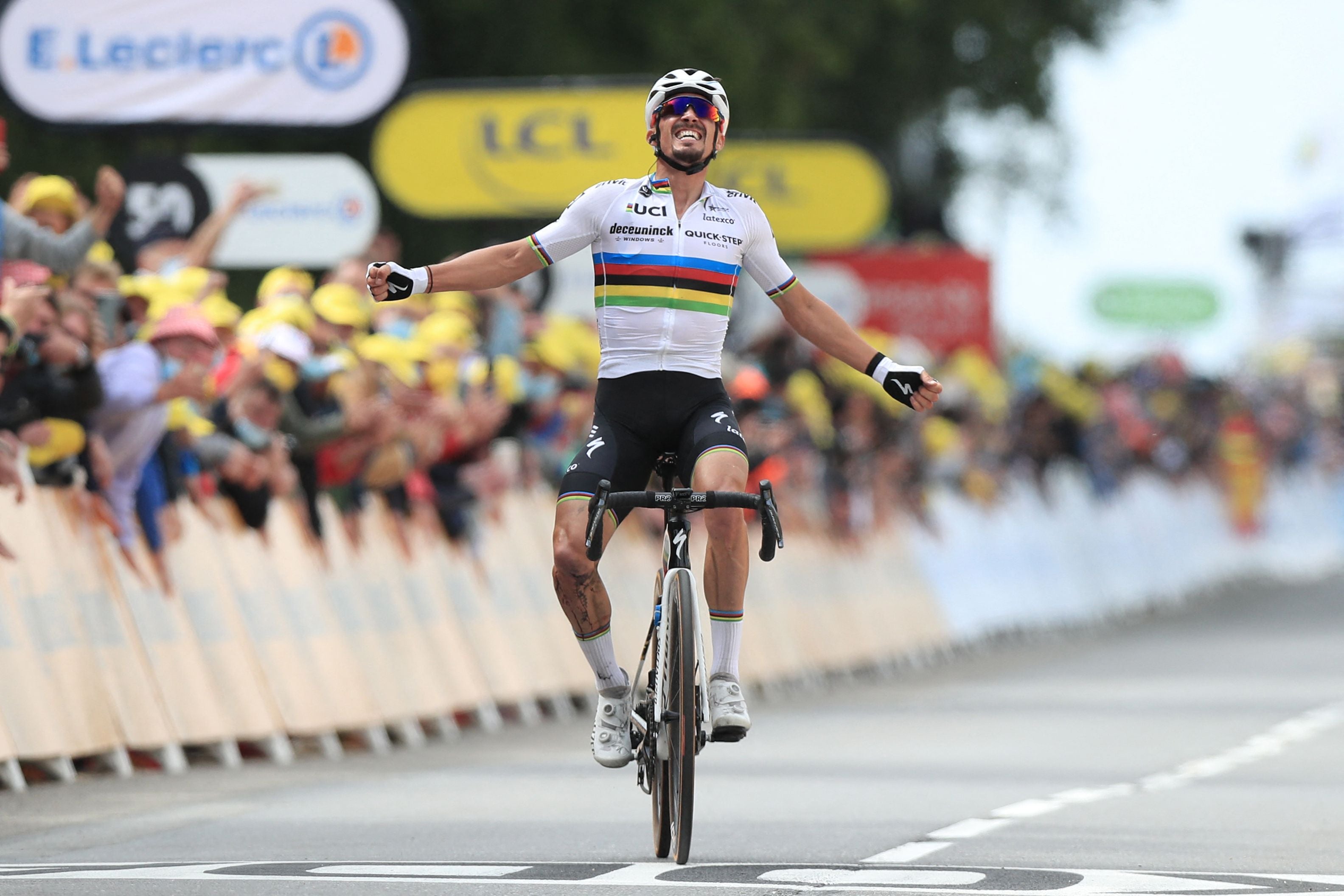 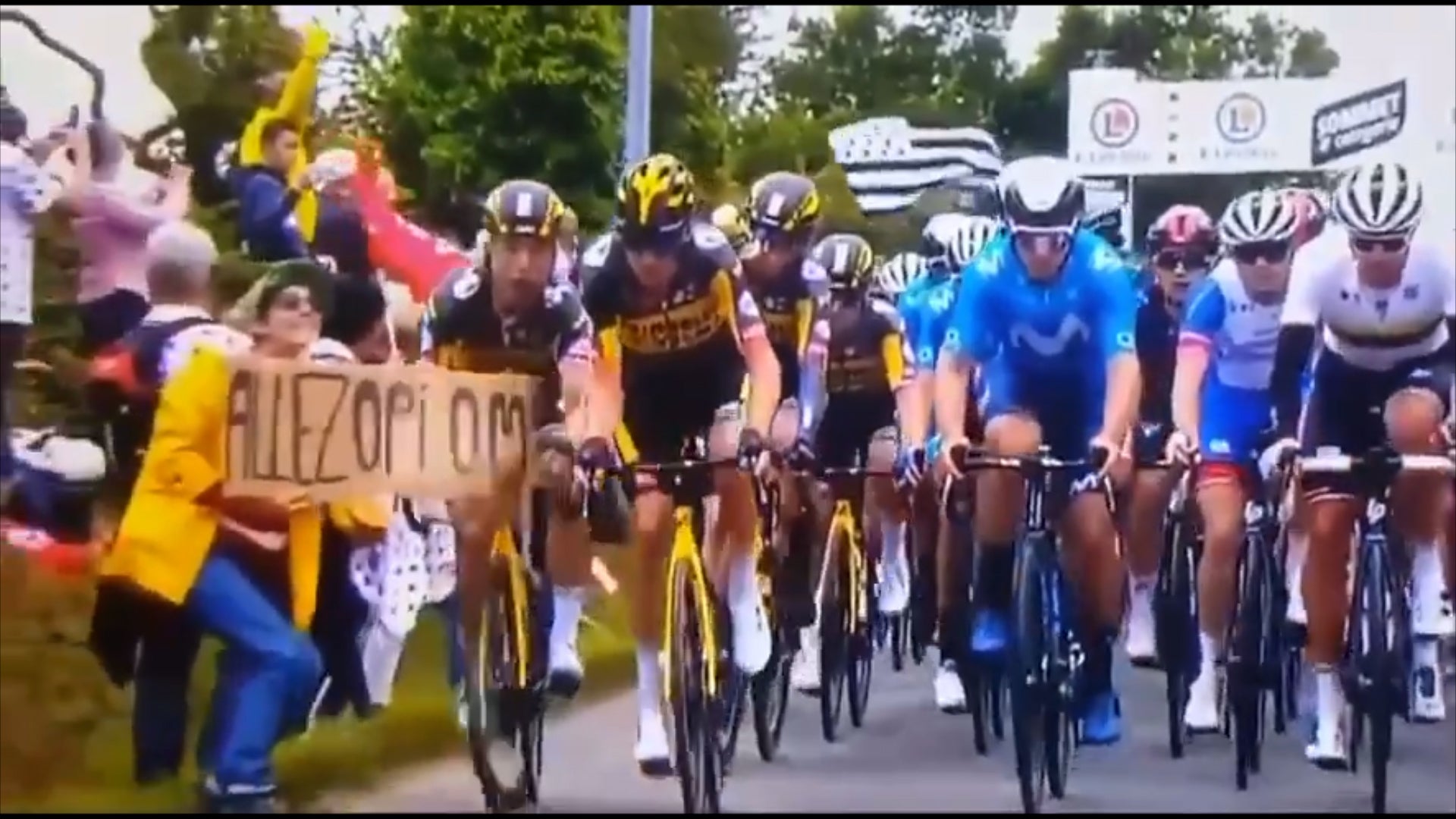 For the sprinters and a lot of the GC riders, getting through a day like this one is the first goal, albeit the power riders don’t mind finishing at the back to do it. But for the one-day specialists with the legs to withstand two climbs of the Mur-de-Bretagne, stage two is an opportunity waiting to be grabbed. Alaphilippe will need to be at his best to remain in yellow, with a raft of high-quality rivals who trailed him on Saturday, and perhaps his best form of defence is to attack for another victory. 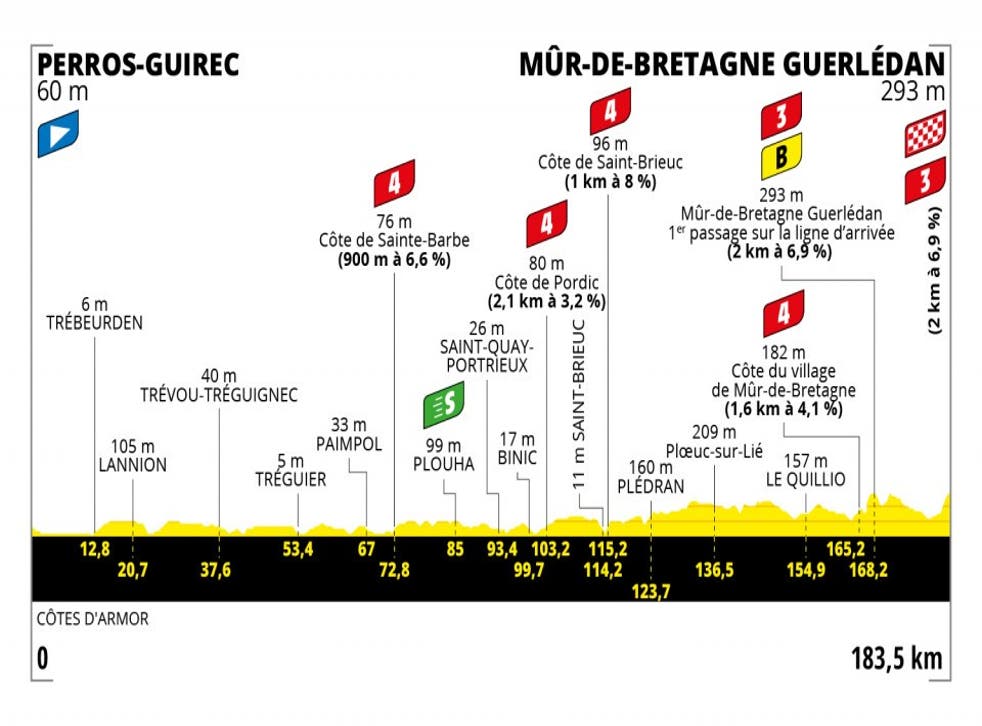 Alaphilippe was brilliant on stage one and he will be so determined to keep the yellow jersey that it is hard to look beyond him, but if we had to then we’d pick Primoz Roglic. He has the legs to compete with Alaphilippe when the going gets a little tougher and showed good form with a strong finish on Saturday.

The stage gets under way just after 12pm (1pm local time) and is set to finish around 5.30pm in the UK.