Yorkshire’s longest-serving player Tim Bresnan has left with immediate effect and is free to seek a move elsewhere.

Bresnan, a multiple Ashes winner and a Twenty20 world champion during an England career of 142 caps, was in the last year of his contract and agreed an amicable split during his annual appraisal earlier this week.

At the age of 35, he believes he has several seasons left in him at county level and wants to continue across all formats.

This Covid-19 curtailed season was due to be his 20th as a first-team player at Headingley, having made his one-day debut back in 2001, and the chance for a fresh start with another county coincides with the emergence of a couple of young all-rounders in Jordan Thompson and Matthew Waite.

‘Obviously, it’s a major decision leaving Yorkshire, I’ve had 19 unbelievable years and they’ve given me such a great career but the timing feels right to move forward,’ Bresnan told Sportsmail.

‘As much as anything to let the other lads through. I got an opportunity when I was young and the only way you find out about players is letting them play. If we do end up playing any cricket this year, it would be a great chance to do so.

‘When I started out I was surrounded by all my heroes. I had been getting autographs of people like Darren Gough, Chris Silverwood and Gavin Hamilton at one-day league matches just a year or two earlier.’

To add to his international achievements – he finished on the winning side in the first 13 Tests in which he featured, was part of the team that defeated Australia in the 2010-11 Ashes and also the Twenty20 – his efforts in trying to keep the Championship hat-trick alive in the dwindling hours of the 2016 season have gone down in Yorkshire folklore.

Shepherding the tail, he struck an unbeaten 142 at Lord’s to guide the visitors to the bonus points required to retain ambitions of a third straight Division One title and then struck 55 in vain during the final evening shoot-out as opponents Middlesex stole the crown. 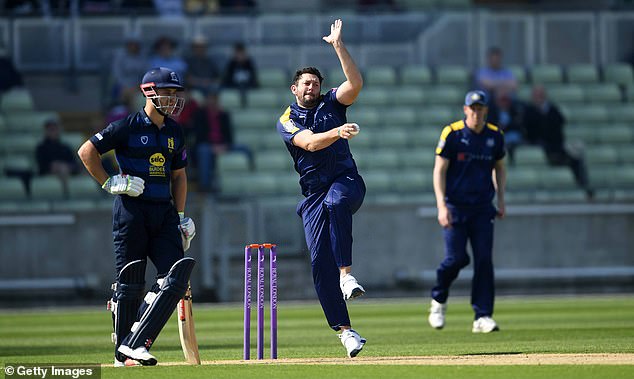 ‘The back to back and the near three-peat, they were magnificent times, probably the best that I have experienced in my playing time. We were a proper team, weren’t we? It was lovely to be a part of that,’ he reflected.

‘To represent England as a Yorkshire player is something I am massively proud of as well.’

Days with both are now behind a man who has proved popular with team-mates and supporters alike, following the Monday meeting with Martyn Moxon and Mark Arthur, Yorkshire’s director of cricket and chief executive respectively.

‘I went into it with a bit of trepidation but also some excitement for what the future holds. There is a sadness leaving a club with such deep history but it’s time for a bit of an adventure. Let’s see where the wind takes us,’ he added.

News of the split with one of their most decorated and redoubtable sons will come as a shock to followers of the club but with Yorkshire set to call their players back for training at the end of the month its timing, allowing Bresnan to add chapters to his playing career at another club, makes sense. Thirteen weeks of biking during the coronavirus hiatus, he says, has left him in as good physical condition as he can remember. 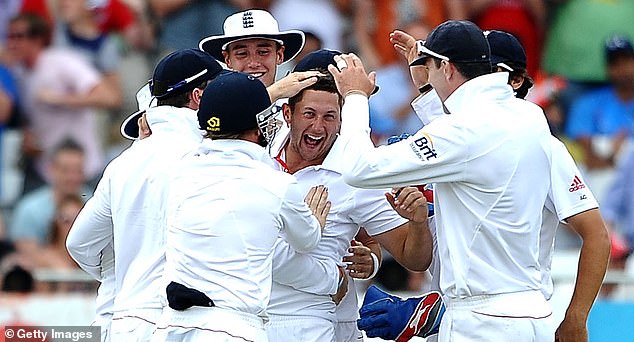 ‘I want something to freshen me up, something to re-light the fire in the belly. I am probably best suited to Championship cricket at the moment but obviously have a lot to offer in T20s as well,’ he said.

‘If an opportunity arises to play elsewhere this summer then I am going to take it. That might lead to something a bit more substantial further down the line. I am open to offers.

‘My body will tell me when it’s time to pack in but right now it’s not making any sort of noises. Especially with this extended break that we’ve had, I feel as fit and as fresh as ever.

‘The prospect of moving into and experiencing a different environment is exciting. A different dressing room will provide an opportunity to earn respect again but I have a lot of experience and a strong desire to do well still.’