STUART BROAD: My lockdown Tests have involved bowling at my girlfriend Mollie in the nets and chasing after Michael Vaughan!

I did not realise until Leicestershire tweeted about it that this week was the 15th anniversary of my first-class debut. It’s quite scary to think I have been playing for 15 years and I almost didn’t recognise myself when I saw the pictures from back in 2005.

What that length of career has done, though, is provide me with experience and at the age of 33 I know that when as a fast bowler you stop for a period of time the body will take a bit of time to get used to the physical demands again.

The equivalent of 10 times our body weight goes through our bodies every time we bowl a ball and that’s not something you are replicating in any other physical activity you care to think of.

We still don’t know for sure when we will start playing again but I’m going to assume that it will be July 1. That’s my target date, if you like, and that means I am aiming to be in the best shape possible by June 1 so that if we are returning to training I am ready to bowl.

Touch wood, I’ve stayed in a relatively good shape throughout my entire career but I am not someone who has a gym in their house. I would say that I play sport for the skill of it. That is what drives me on, not necessarily the fitness side of things.

For instance, I would have no thrill in leading the 3km triathlon time trial among any squad of which I was a part.

I have played with a lot of players over the years who would prefer to record the best bleep test score than score runs. But all I truly care about is winning games and taking wickets. 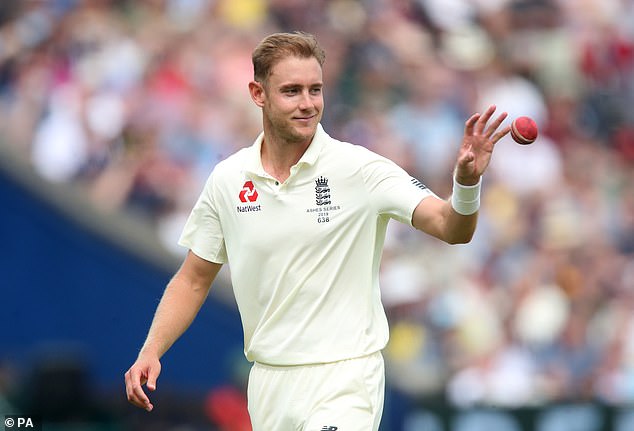 Of course, that means I need to be in shape to perform whenever we return and there’s not a day during this current lockdown on which I won’t get my gym kit on.

I spoke to Chris Woakes on the phone the other day and we were talking about running because we have both suffered from the same patella problem in our knees. After longer runs of eight and 10 kilometres over the past few weeks, we’ve felt as though we’ve been beaten up a little bit but if we stick to 5km and under and run quicker times the body seems to be fine.

I’m trying to do Peloton workouts at least five times a week, then run three or four times a week on the roads to try to maintain some of the impact my body goes through as a bowler. Hopping off the bike to run when I am already fatigued has been fantastic, to be honest. 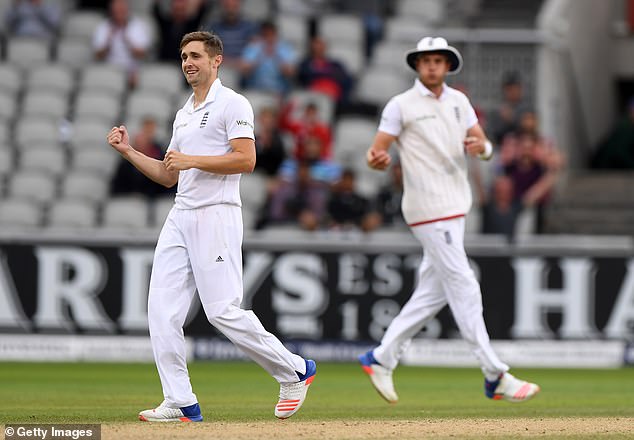 In fact — and this is no PR stunt because I have paid for my own bike and monthly membership — Peloton has been something of a godsend for someone like me. Even on those rainy days when I can’t be bothered to do anything — the ones on which you want to sit on the sofa for hours, eating chocolate biscuits and watching Netflix — at least I can jump on for half an hour and get a good sweat on without getting out of my pants.

And there is a competitive edge provided when a group of us have joined in live sessions together. There have been races recently with quite a few of us involved — Michael Vaughan, Jos Butler, Joe Root, Mark Wood, Jimmy Anderson and Michael Lumb.

He might be 45 these days but it’s like Vaughan has got a motorised bike. He doesn’t just beat us, he crunches us. For example, if there are 180,000 people in an online class, he will come 200th. He’s incredible at it. But it’s been great to have some competition between the rest of us because it does provide that extra motivation. And setting myself that July goal has given me a target. 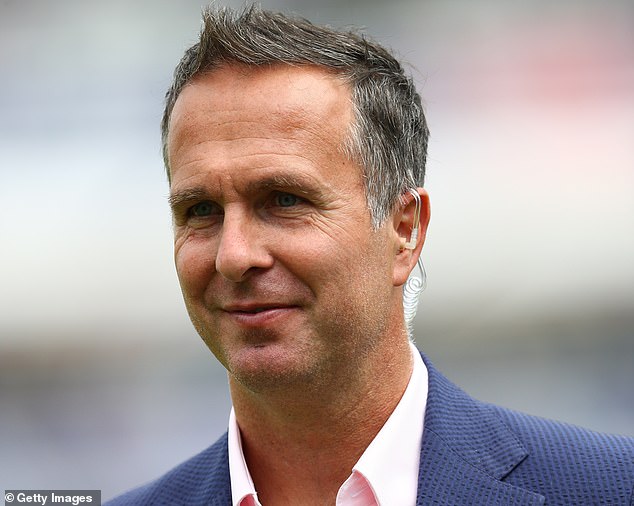 I had to buy a ball and nets!

I have not bowled a ball in anger since the second week of March when the England tour of Sri Lanka was cancelled, but I considered it was wise to get the body moving again.

It’s strange for an England cricketer to admit but that meant buying a net for my garden and an Incrediball (a ball that has a proper seam to grip) online.

I don’t possess a lot of cricket gear and I’ve been bowling at some tiny beach quick-cricket stumps that reach halfway up my shin.

I did consider putting in some signed stumps which I have kept as memorabilia from Test matches in which I’ve taken a five-wicket haul or some other milestone, but have so far resisted. Being restricted to my home in Nottingham for the longest stretch I can remember in my career has meant I have gone from international cricket to playing against my girlfriend Mollie, who has become quite good at batting, posting her efforts on Instagram. 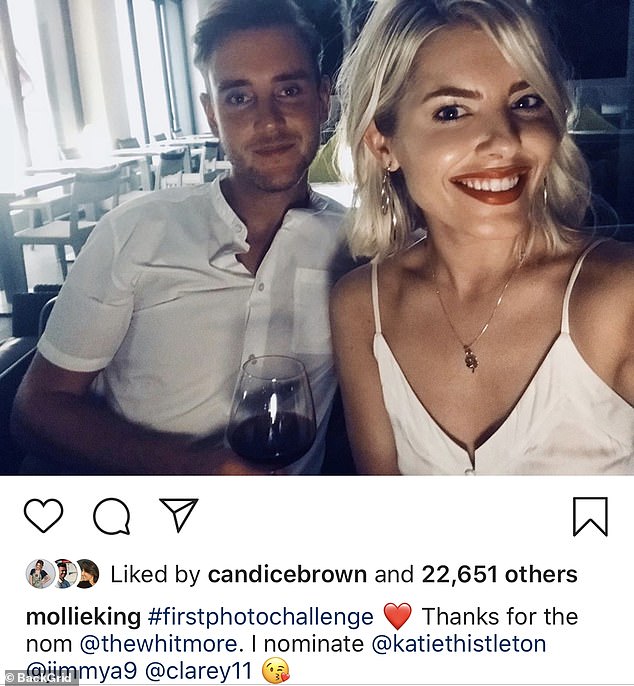 She has been very enthusiastic. Some might say a bit too enthusiastic on occasion — like when she bowled the ball over the net, which is between 10-12 feet high, and cleared the hedge, too. Next-door didn’t give it back, either!

The weather has made it feel like normal cricket and we have taken a bit of a rain break as I don’t want foot-holes in the lawn. Until it’s dry again, I’m playing the role of groundsman as well as senior pro and calling it unfit for play.

When we first met, Mollie didn’t know anything about cricket. But she has tried hard to pick things up.

For example, during one of the first Test matches I played when we were together, I received a text message from her saying: ‘Well done today. I thought X was the key wicket, and a real breakthrough for the team.’ She had copied it off the BBC Sport website’s live blog!

Things have certainly moved on since the first match she came to, at Lord’s, with her dad Steve. 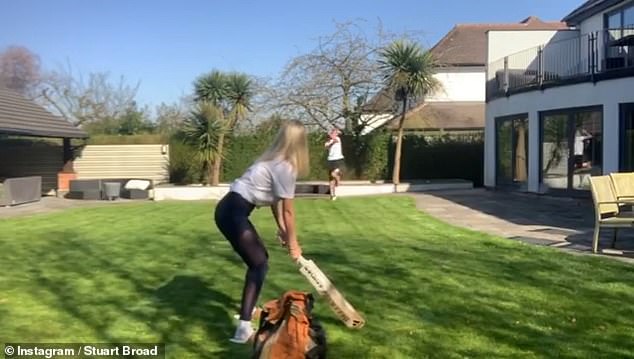 It was a bowling day for us, which meant we warmed up in our blue England training kit, then went off at 10.40 to prepare for the match itself.

That evening, she said to me: ‘I never realised you did that. I absolutely loved the costume change.’ I was like: ‘What do you mean?’

‘Well,’ she said. ‘You warm up in that lovely blue stuff and then you change into the white.’

I could see how her mind was working. When she was on stage with the Saturdays, they would perform a song, run off, change, and come back for a new number in different outfits. A case of two very different worlds colliding. 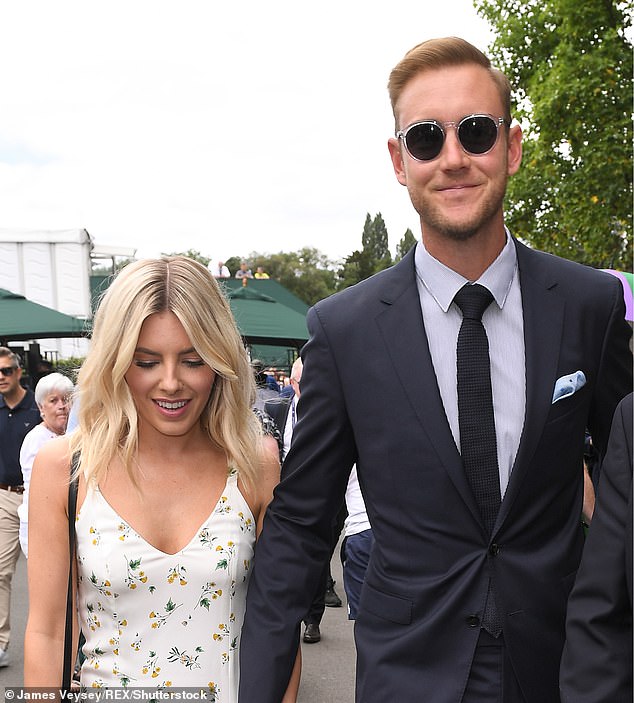 Equally, I was forced outside my comfort zone recently when Mollie was chatting live with her Radio One co-host Matt Edmondson about her new-found cricket prowess and it developed into ‘have you ever tried to do your partner’s job?’

Mollie rushed in to tell me during a break for the news bulletin that, as part of the job-swap theme, she wanted me to present a link.

So 10 minutes later, I’m upstairs introducing Selena Gomez’s new album live on national radio. I think it went quite well and it was an honour to do it, but there were nerves.

Facing Stokes on the F1 grid

I am making my Formula One debut on Sky Sports on Sunday and as a big fan of the sport I couldn’t be more excited.

It’s the Virtual Grand Prix at Interlagos in Brazil and I have been practising on the machine I have had set up in my bar area at home.

Ben Stokes, who has already competed in one race, did 100 laps against me on Thursday. If that is anything to go by, it is going to be a very tight race between us.

He’s racing for Red Bull Racing and I’m representing Scuderia AlphaTauri, which is Red Bull’s second team. Alessio Romagnoli, the AC Milan captain, is a team-mate but the majority of competitors are professional drivers, so that keeps expectations in perspective. Stokes finished last, last time. 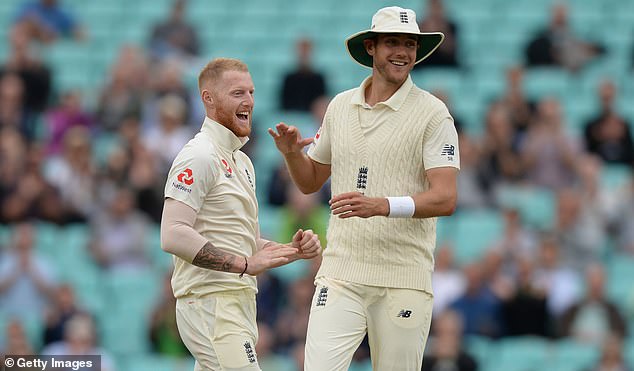 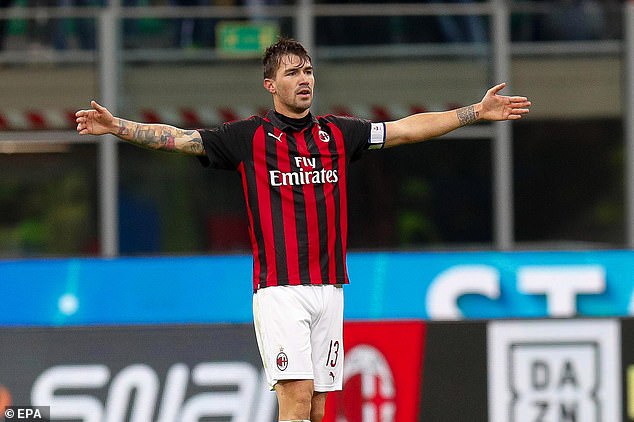 The racing is so realistic that you feel the vibrations on the rig and it can be quite tiring on the shoulders.

Mental fitness is also required because it’s a good hour of laps in a race and you can’t afford to make a mistake delivering your strategy.

Practice has proved addictive, to be honest, and Mollie has been a bit like ‘Oh, you going in that room again’ over the past fortnight.

Email your questions to [email protected] Please include your name, town and who you support

Related posts:
Previous Post: Premier League clubs to be offered nine Barcelona stars in summer sale
Next Post: OLIVER HOLT: Are we happy to risk it all for football to return?