Without their head coach Shane Warne on the sidelines, a fresh Lord’s alcohol ban in play and captain Eoin Morgan struggling for form, London Spirit had all it to do.

Such times call upon someone, anyone even, to stand up and make something happen.

Adam Rossington tried to do just that as he blitzed 45 off 21 balls, though that was not enough to make up for Morgan failing with the bat again as London Spirit lost their third match in a row — this time by four runs.

Morgan was run out by England colleague Chris Jordan for just five, chasing 145 after Alex Davies hit 50 for Brave. Rossington and Josh Inglis looked to be on the way to powering Spirit home, but the line-up gassed out by the end.

It is early days but this woeful form is a concern and has already left making the eliminator match a very slim shot indeed. And it has certainly not helped that the captain has yet to fire, steering his ship further into the abyss.

How Chris Wood will stew over dropping Davies on four — an awfully simple catch it was, too. He did not get away with that today.

It was the first match at Lord’s since the ground’s ban on bringing in alcohol and the closure of in-ground bars for when run chases begin. 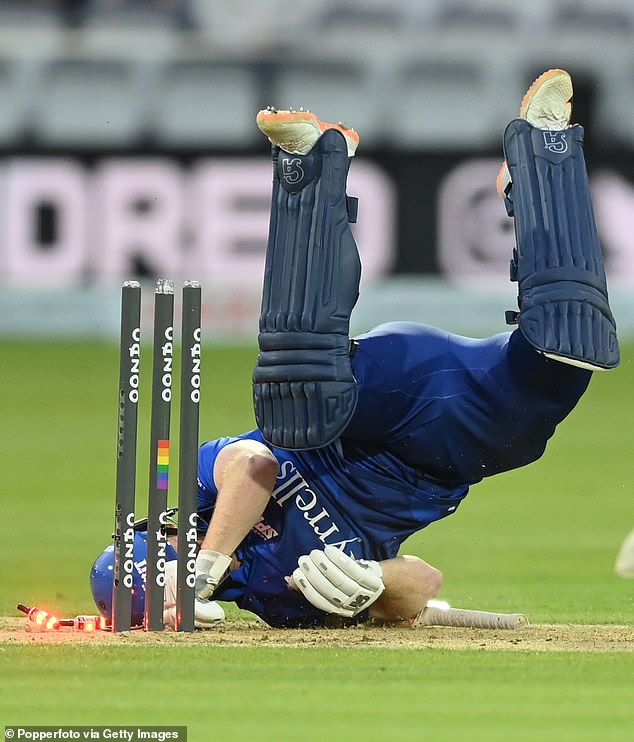 A clear step towards the ‘families and children’ target this new tournament is so hoping to build on over the coming weeks.

In fairness — and obviously, to little surprise — the decibel levels and chants weren’t quite as noticeable as at Thursday’s fixture.

Spirit began the match without head coach Warne on the sidelines after he tested positive for Covid in the morning.

Though they did start brightly, Wood removing the in-form James Vince for just 6 after he was caught at deep mid-wicket.

Quinton de Kock was looking comfortable at the crease, hammering the off-spin of Mohammad Nabi for a couple of boundaries before top-edging Blake Cullen to wicketkeeper Rossington. 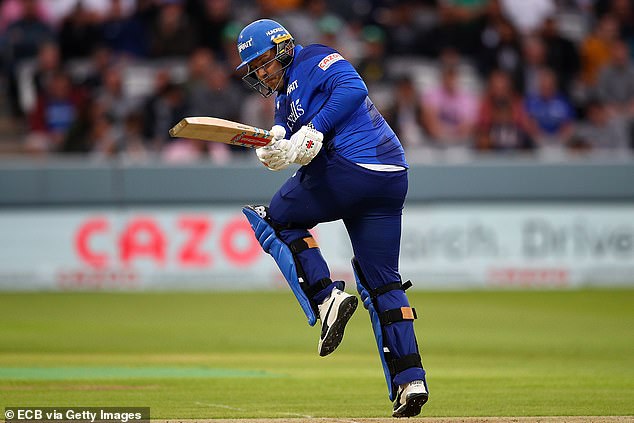 Wood soon had a moment to forget, fumbling a regulation catch at fine leg to grant Davies a reprieve. It really should have been caught and was to later prove crucial.

It was very much slow-going for Brave initially — 43 runs off 43 balls not the kind of return required in a new format such as the Hundred.

And that stop-and-start nature continued. New Zealander Devon Conway, who is no stranger to this fabled ground having hit a double hundred against England in June, looked to be set in the anchor-man role.

A strong sweep to the boundary followed a reverse-sweep before he was sharply caught by Roelof van der Merwe off his own bowling.

It was Davies who showed his class to push Brave to an adequate total. The 26-year-old displayed an array of shots both sides of the wicket, including an exquisite ramp shot to a Mohammad Amir slower ball for four, and both conventional and reverse sweeps.

That momentum coursed through until the final ball of the innings when he was caught aiming for six. At that point, he had reached 50. The damage had been done. 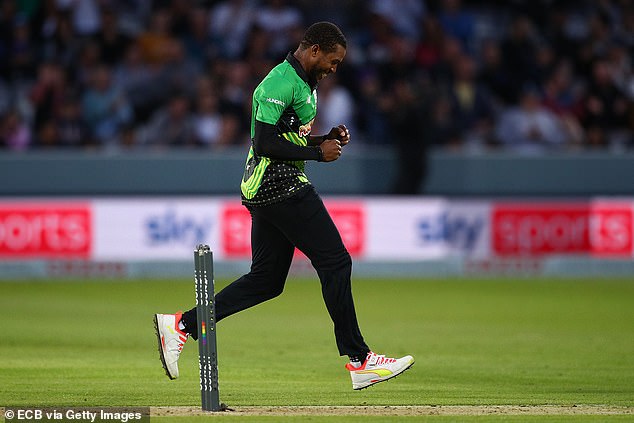 Winless Spirit began batting on the front foot, knowing their previous crumbly showings with the bat had to be eradicated early on.

Soon Inglis joined the party to hit consecutive boundaries off the 90mph plus pace of Tymal Mills.

It was only when George Garton dismissed Rossington and Joe Denly in two consecutive balls did the momentum look to change.

The out-of-form Morgan inexplicably tried to take on England team-mate Jordan in the field — he should know better, of course — and was run out for five, despite a full-length dive.

Inglis motored on to his half-century but was dismissed before he could wrap the game up on 55. A mini-collapse ensued, leaving all hopes on Van de Merwe to finish the job with three wickets remaining.

11 runs were required off the final five and when he was dismissed with a ball left, the game was all but over.

Related posts:
Previous Post: Gatland is set to make changes – so who gets the nod for decider?
Next Post: Juventus midfielder Aaron Ramsey 'not convinced' over Wolves transfer