Sir Mark Todd can resume training straight away despite being banned by the BHA on Thursday over a video of him hitting a horse with a branch during a coaching session in 2020.

The New Zealander, 66, was handed a four-month ban with two of those months suspended.

But the two-time Olympic eventing gold medallist has already served two months of an interim suspension, so he will have his licence returned with immediate effect.

The surprise conclusion to the case followed a referrals hearing in which Todd accepted he was in breach of rule J (19), which deals with bringing racing into disrepute, allowing a basis of plea to be agreed without need for a full hearing.

The reputational damage suffered by one of the most respected horsemen in the world has been massive.

But Todd, who resigned as a patron of World Horse Welfare after the video of him trying to get the horse to enter water went viral, said he could have his first runners back next week.

The panel watched the entire, unedited video of the incident and chair Brian Barker QC said: ‘In the view of the panel the actions of Sir Mark could not be condoned in any form. His prominence and achievements have set a high bar of behaviour. 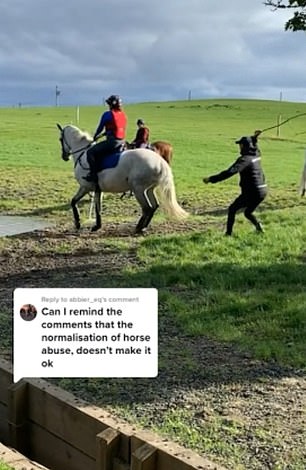 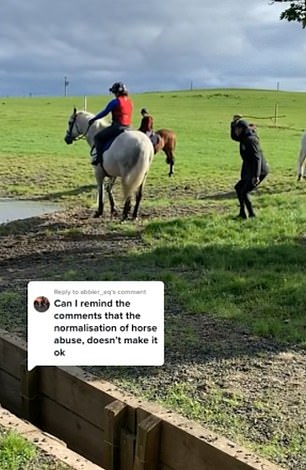 ‘We note the originally immediate apology in which Sir Mark said he was very disappointed in himself.

‘The horse showed no sign of fear or distress at any time. The welfare of the horse does not appear to have been compromised.

‘Sir Mark is calm and is attempting to encourage the horse to drop into the water, having first satisfied himself that the horse was capable of doing so and had no fear of doing so. The use of a light branch rather than a BHA approved Pro-Cush (whip) was not appropriate.’

Responding to the hearing’s outcome, Todd said: ‘I am very pleased a line has been drawn under the matter. For my owners and staff, it has been a very tough time.’