Rory Burns fell for a duck as England’s first innings finally got under way on the fourth day of the second Test against Pakistan.

With just 86 overs possible in the first three days and Saturday’s play abandoned entirely it was a relief to see the teams take the field at the Ageas Bowl, with Pakistan resuming on 223 for nine.

They detained England for 5.2 overs and added another 13 runs to finish 236 all out, Mohammad Rizwan finishing as top-scorer on 72. 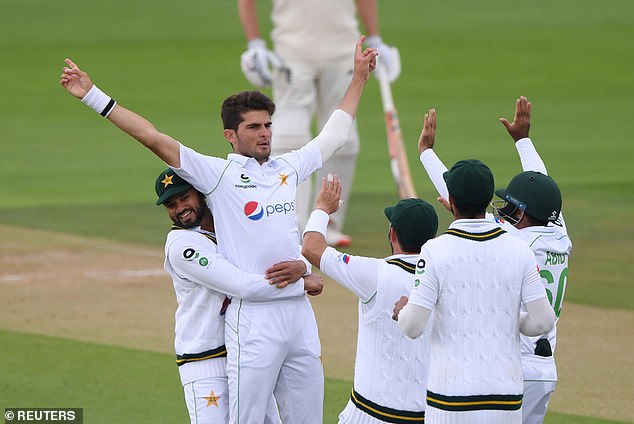 The wicketkeeper did his best to throw the bat as well as protecting Naseem Shah from the strike but was eventually undone by a leading edge off Stuart Broad that looped to Zak Crawley at cover.

Finally it was time for England’s batsmen to see what the touring attack could do with the heavy cloud cover that has hung over the ground all week, allied to a lively pitch offering good seam movement.

Burns had his answer quickly enough, nicking Shaheen Afridi’s first ball just short of slip and then succumbing to an ever better fourth delivery. 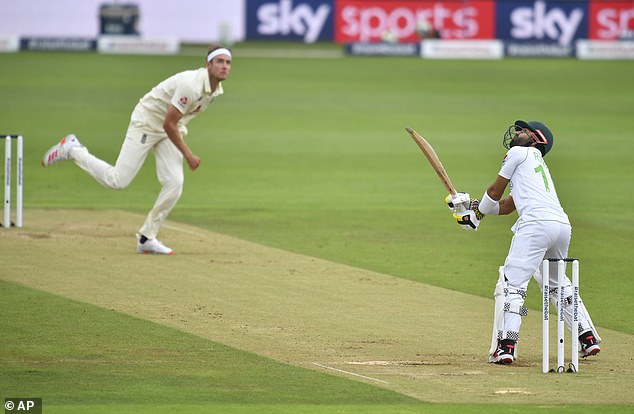 It was near perfection from the left-armer, demanding attention as it pitched in line with the stumps and then swinging away as the bat came down to feed Asad Shafiq at second slip.

A hopeful lbw appeal followed Crawley’s first ball and things got no easier at the other end as Mohammad Abbas started with a wonderful over.

His loosener jumped off a length to crack Dom Sibley on the hip and he ended with a three-ball sequence comprising two plays and misses and a leg before appeal.

Bad light meant the covers were soon being rolled on to the pitch with England seven for one as they walked off.