Adil Rashid is offering to buy dinner for England team-mates if they can smash boundary off a selected ball in the nets… and Liam Livingstone has already won himself a sushi dinner off leg-spinner!

England leg-spinner Adil Rashid has revealed he is offering to buy dinner for his team-mates if they can hit him for a boundary off a designated ball in the nets – and has already been obliged to cough up for Liam Livingstone.

‘It was four or six off the last ball, and he hit me for a massive six,’ said Rashid, ahead of Monday’s game against Sri Lanka in Sharjah.

‘I enjoy going in the nets and working like that, with four or six to win. It gives the batsman and myself a bit more to think about.’ 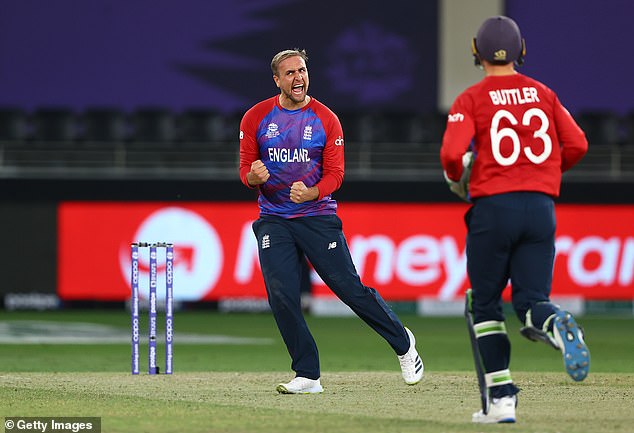 What did Livingstone choose from the menu? ‘I think it was some kind of sushi,’ said Rashid. ‘I know he ordered a lot more than he usually does, anyway.’

Rashid, who opened the bowling in the hammering of Australia on Saturday, has taken five wickets at just 11 apiece in this T20 World Cup.

He was preferred to Moeen Ali in the powerplay at the Dubai International Stadium, and took his only wicket of England’s eight-wicket victory by trapping Marcus Stoinis lbw for a fourth-ball duck.

Leg-spinner Rashid is England’s second-highest wicket-taker of all time in T20s, with 70 scalps in just 65 matches. Team-mate Chris Jordan leads the way with 77 wickets in 68 games. 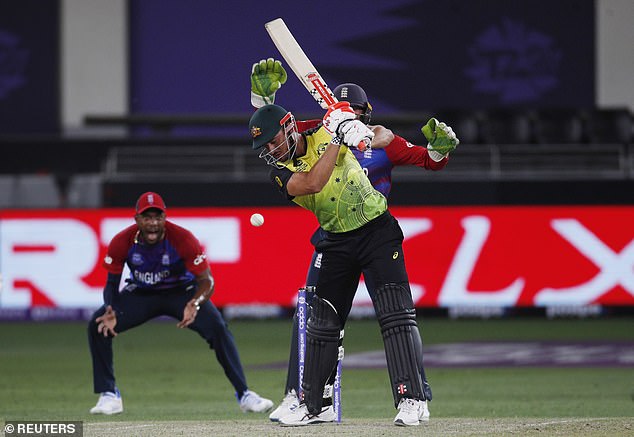