OLIVER HOLT: ‘Born in Yorkshire’ rule was dropped in 1992 but Rafiq’s case makes it feel as if discrimination is still ingrained… The despicable handling of this report is result of systemic prejudice in English game

Amid all the anger that surrounds the injustices done to Azeem Rafiq and the dismay around Yorkshire County Cricket Club’s despicable handling of the report commissioned to investigate his allegations of institutional racism, there is also overwhelming sadness that a sport which has made so many bold claims of progress and modernisation stood back and let this happen.

The betrayal is both personal and systemic. Rafiq was left to twist in the wind after he first told Yorkshire about the bullying and racism he had been subjected to and then made his grievances public 15 months ago.

His experience fits the template of other sportsmen and women who have made similar allegations: they are made to feel like the offenders. Pour encourager les autres, presumably.

Amid all the anger that surrounds the injustices done to Azeem Rafiq (above), there is an overwhelming sadness that the sports stood back and let this happen

That was evident in microcosm last week when it was revealed that the panel appointed to investigate Rafiq’s allegations had suggested Rafiq himself might face sanction for exchanges in which he referred to his team-mate, Gary Ballance, who was born in Zimbabwe, as ‘Zimbo’.

That was as laughable as it was insidiously misguided.

It was brought up to try to excuse, or give context to, Ballance calling Rafiq a ‘P***’, something Ballance has admitted. And, of course, the ‘Zimbo’ revelation released a stream of putrid false equivalence that claimed one was as bad as the other.

That is quite evidently not the case. ‘Zimbo’ is the equivalent of calling an Australian an ‘Aussie’. P*** is one of the oldest and most pejorative racial epithets in this country. 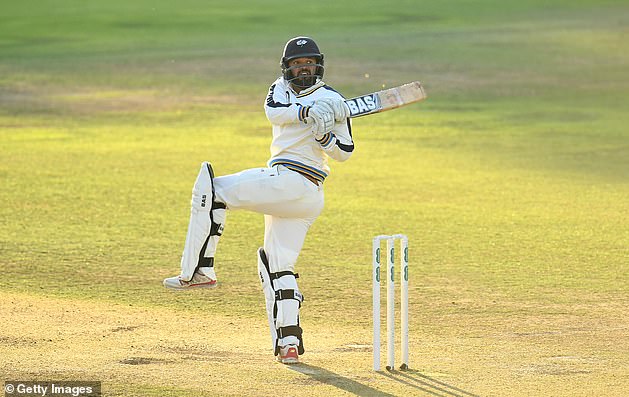 The panel appointed to investigate Rafiq’s allegations suggested Rafiq himself might face sanction for exchanges in which he referred to his teammate, Gary Ballance, as ‘Zimbo’ 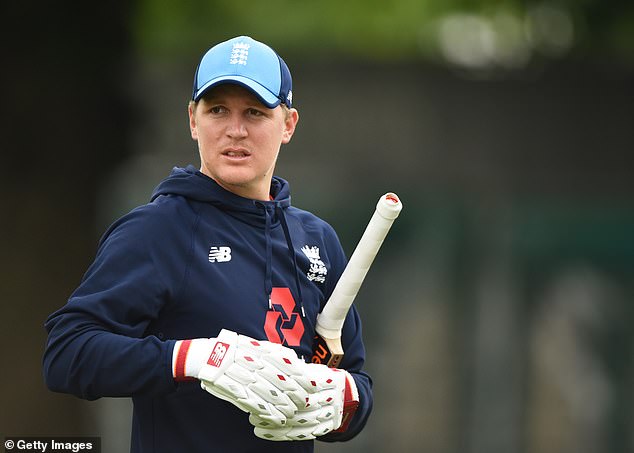 It was brought up to try to excuse, or give context to, Ballance (above) calling Rafiq a ‘P***’, something Ballance has admitted

Maybe getting lost in the semantics of the language is exactly what the deflectors want because it diverts attention away from the bigger picture. The betrayal of Rafiq is just the latest betrayal.

And it is only a symptom of the wider truth that Yorkshire and, by extension, the ECB, remain complicit in marginalising this country’s community of players with Asian heritage in the sport. That is the heartbreaking element of the way in which the Rafiq affair has been handled.

HOW THE SCANDAL UNFOLDED

YORKSHIRE launch investigation as Rafiq claims ‘deep-rooted’ racism at club left him ‘close to committing suicide’. Claims included people saying there were ‘too many of you lot’ referring to Asian players.

RAFIQ files legal claim against the county, claiming he suffered ‘direct discrimination and harassment on grounds of race’.

REPORT is delayed and Rafiq’s lawyer says the push-backs ‘create lack of faith in the entire process’ and that Yorkshire ‘risked legitimising racism’. Employment tribunal held but parties fail to resolve dispute.

YORKSHIRE issue ‘profound apologies’ to Rafiq as report finds he was ‘the victim of inappropriate behaviour’. But they do not accept the claim of institutional racism — Rafiq accuses the county of ‘fudging’ his claims, promises to ‘not go away’.

ECB are ‘very concerned’ with the summary of the panel’s findings, with Yorkshire admitting Rafiq was the victim of ‘racial harassment and bullying’. But just seven of the 43 allegations made are upheld.

YORKSHIRE say they will not take disciplinary action against any of its employees after the report.

ALLEGED details of the report are published, including a senior player’s admission that he used the word ‘P**i’ in reference to Rafiq, which was deemed ‘banter’. Health secretary Sajid Javid said ‘heads should roll’. The player was confirmed to be ex- England batsman Gary Ballance. Sponsors cut ties with club.

RAFIQ, Yorkshire chairman Roger Hutton and the county’s director of cricket Martyn Moxon will give evidence to the DCMS on November 16. ‘Time for the full truth,’ said Rafiq.

There may well have been progress made by Yorkshire’s Cricket Foundation to make the club more open and to banish long-entrenched prejudices but much of that progress will have been ruined by the impression Yorkshire have given of being unwilling to confront the Rafiq scandal head on. Instead, the county wriggled on the hook.

They dissembled. They concealed. They refused to discipline anyone for what had happened.

They made a bad situation a lot worse and their actions, their cussed refusal to hold anyone accountable, will have sent out a message to the South Asian community in this country that they will still be treated like cricket’s second-class citizens.

So many of the recollections of cricketers of Asian heritage growing up in Yorkshire in the 1970/80s and beyond have revolved around the ghettoization of cricket there and how players were effectively barred from white-dominated clubs as if it were some form of unspoken apartheid.

The ‘Born in Yorkshire’ qualification was removed in 1992 but the mishandling of the Rafiq case has made it feel as though discrimination is still ingrained.

Again, that is the tragedy of this sorry saga. It is the risk of the alienation of another generation of aspiring cricketers from what should be one of the richest talent pools in Yorkshire. What a waste. What a missed opportunity.

What a failure to embrace change and inclusion and use it to make Yorkshire a club that could have been envied rather than turned into a pariah. That is Yorkshire’s fate at the moment and it will remain that way until they can show they are finally ready to accept change and acknowledge their mistakes.

Roger Hutton, who resigned as Yorkshire chairman on Friday, and apologised to Rafiq, claimed he had experienced ‘a culture that refuses to accept change or challenge’ at the club. That needs to change fast.

Yorkshire are haemorrhaging sponsors and the ECB, which has otherwise appeared weak and utterly lacking in conviction, have suspended them from hosting international matches at Headingley.

The combination of these will have a devastating effect on the county’s finances. Maybe that is the only way to persuade their hierarchy to reform the culture.

The spotlight is not going to go away any time soon. Michael Vaughan, the ex-England captain, has been drawn into the scandal after he revealed that he had been named in Rafiq’s testimony as allegedly saying to Rafiq and other players of Asian heritage ‘too many of you lot, we need to do something about it’ as they took to the field.

Vaughan has adamantly denied the accusation. Other significant characters are thought likely to be drawn into the farrago.

More of the club’s dirty washing will be laundered in public on November 16 when Yorkshire officials have been called to attend the Digital, Culture, Media and Sport select committee hearing when they will be questioned by MPs, many of whom are seething about the case. There is a lot more blood to be spilled before the process of healing can begin.