Hayley Turner moved to the top of the Racing League jockey standings after a competitive evening of action on week four at Windsor.

Turner made the most of having six rides at the meeting for Team ThoroughBid as she racked up the points, the highlight coming with a winner on board the Andrew Balding-trained Quickstep Lady.

She now has a total of 184 points and is 20 clear of Jack Mitchell, with Saffie Osborne third on 157 and Louis Steward fourth on 153.

Quickstep Lady’s victory helped Team ThoroughBid go top of the team standings with 245 points, three ahead of Goat Racing (242), with Team talkSPORT third on 232 and Team Swish fourth on 231, just ahead of Team BullionVault.

The meeting began with a first winner of the competition for Newmarket Red as Autumn Flight (12/1) won the five-furlong handicap under Robert Havlin. 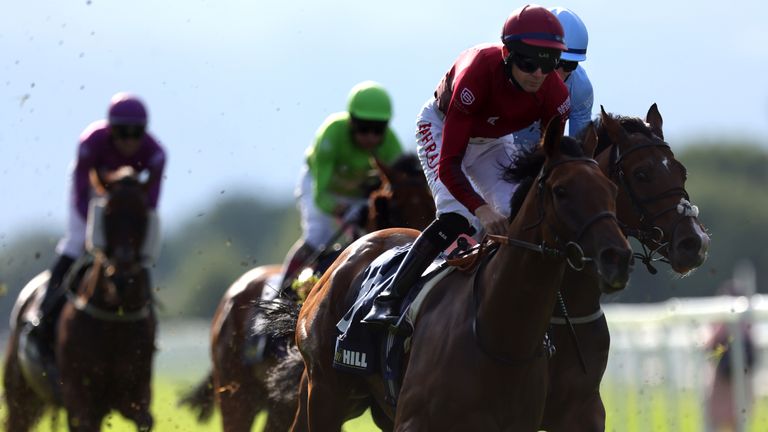 Turner then took centre stage as she steered home Quickstep Lady (9/1) in the six-furlong handicap, before Mitchell struck on the Roger Varian-trained Dark Lion (7/2) in the first of the two one-mile handicaps, providing a winner for Team talkSPORT.

“It was a strong gallop and she ground it out really well,” said Turner after her victory. “She goes so well at home and looks a million dollars so it was nice it paid off today.” 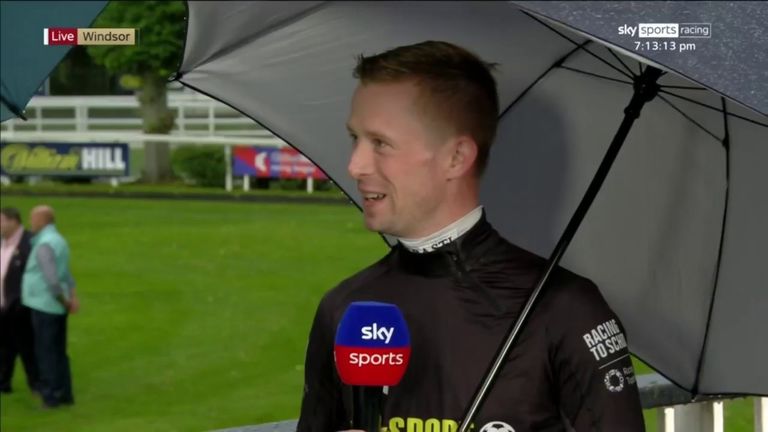 The well-backed Via Serendipity (4/1), trained by Charlie Fellowes, eased home under Steward in the second of the one-mile handicaps as Goat Racing finished the meeting strongly, the jockey following that up with a third and second for the team.

“I’ve been watching all the races and I was a bit worried as my instructions were to switch him off, but Charlie was right – he knows the horse inside out. When the gaps came he picked up like a nice horse,” said Steward.

“One smooth run down the middle here helps, especially on a hold-up horse. We did that and it paid off.”

The market once again got it right in the following 1m 2f handicap with the Gary Moore-trained Champagne Piaff (2/1f) landing a gamble under Hector Crouch in good style, winning for Team BullionVault.

“He’s a very stout stayer. We liked him a lot as a two-year-old and he ran a gorgeous race at Goodwood last time off a long lay-off. We really fancied him and he’s a lovely horse for the future,” said Crouch. 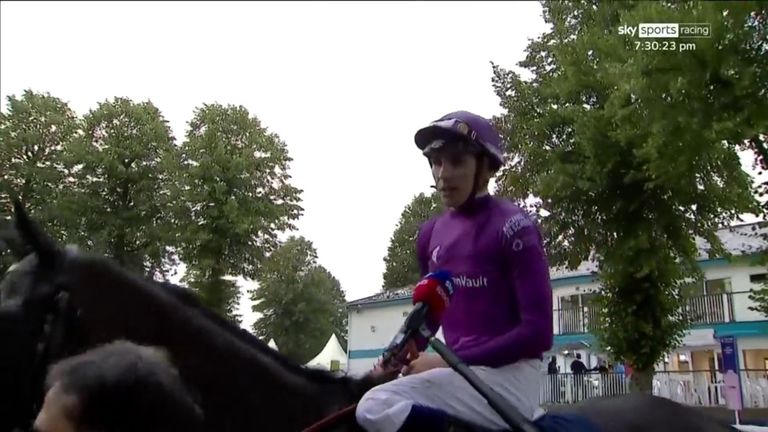 The evening had started with a debut winner and it also closed with one as Remulate Racing got on the board through the Eve Johnson Houghton-trained Sword Beach, the 11/1 chance making all in the extended 1m 3f handicap under Georgia Dobie.