Australia’s plans for the second Test at Adelaide were thrown into chaos when their captain, Pat Cummins, was ruled out of the game after a nearby diner at a local restaurant tested positive for Covid.

Cummins, who led Australia for the first time last week as England were thrashed by nine wickets at the Gabba, is understood to have been out for dinner on Wednesday evening when a person at the next table was identified as a positive coronavirus case. Cummins left the restaurant immediately, and informed Cricket Australia.

His absence from the pink-ball Test, starting at 2.30pm local time (4am in the UK), means the captaincy will return to Steve Smith for the first time since he lost his job in 2018 following the Sandpapergate scandal at Cape Town. Travis Head steps in as vice-captain. 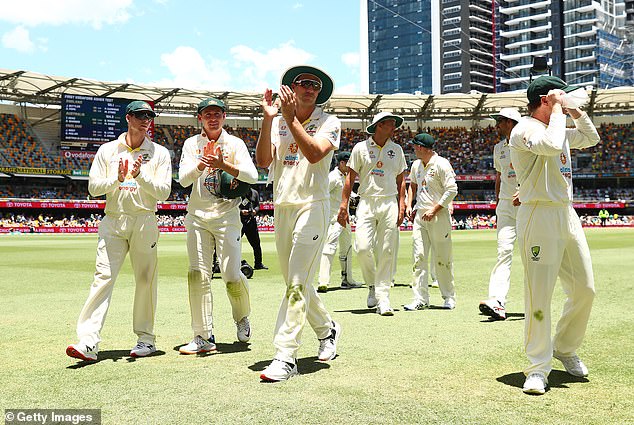 And with fellow fast bowler Josh Hazlewood already missing with a side strain, the Australians will hand a Test debut to Michael Neser, a 31-year-old South African-born Queenslander whose international experience amounts to a pair of ODIs in England in 2018. Jhye Richardson, who has played only two Tests, had already been named as Hazlewood’s replacement.

A statement from CA read: ‘Pat Cummins isolated as soon as he became aware of the situation and has since had a PCR test, which produced a negative result.

‘South Australia Health has confirmed that Cummins is a close contact and will be required to isolate for seven days. As a consequence, he is unavailable to play in the second Vodafone men’s Ashes Test match in Adelaide, starting today.

‘We anticipate that he will be available to play in the third Test at the MCG in Melbourne. Cummins is understandably very disappointed not to be able to captain Australia for the day-night Test in Adelaide.’ 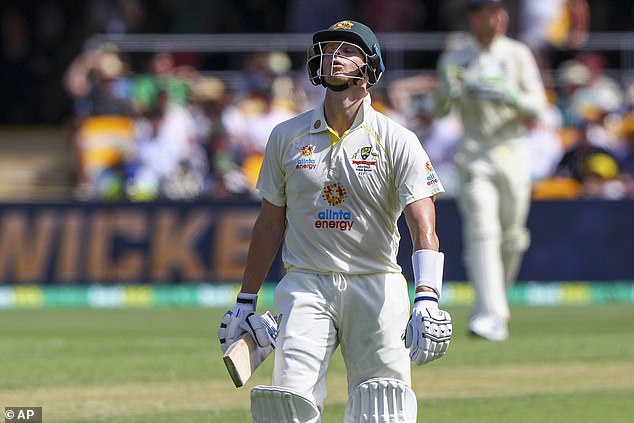 It also emerged that fast bowler Mitchell Starc and spinner Nathan Lyon were dining at the same restaurant, but at a different table. But because SA Health deemed them ‘casual contacts’, they are free to play in the second Test.

Despite cases of the omicron variant rising in Australia, pre-agreed protocol for the Brisbane and Adelaide Tests – both in states with strict Covid regulations – allowed players to circulate freely and dine out, so long as they used their judgment and avoided indoor areas and busy settings.

Cummins’s misfortune recalls the moment in 2005 when Australian seamer Glenn McGrath was ruled out of the second Test at Edgbaston on the morning of the game after treading on a stray ball on the outfield and rolled his ankle.

Australia had comfortably won the first Test of that series, at Lord’s, but went on to lose the Edgbaston game by two runs – and a pulsating series by two Tests to one.

His absence deprives Australia not just of their captain, but of the world’s No 1-ranked bowler at the peak of his powers. In the first Test at Brisbane, Cummins was instrumental in dismissing England for 147 on the opening day, taking five for 38, and finishing with match figures of seven for 61. 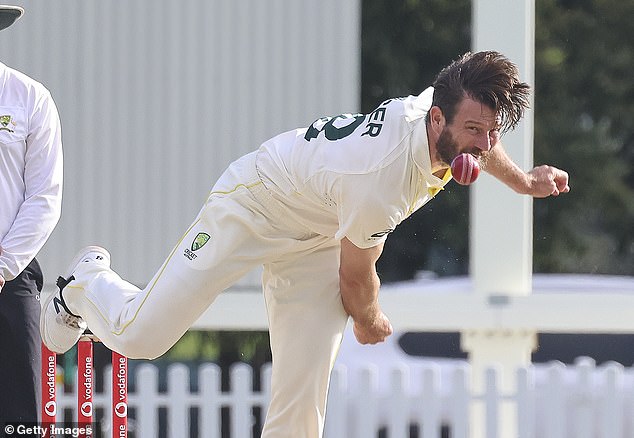