EXCLUSIVE: ‘I DIED at least six times. My wife says it may have been 15!’: Netherlands coach Ryan Campbell is lucky to be alive after a heart attack in April… now he’s gearing his underdogs up for the T20 World Cup Super 12s

The Netherlands may have narrowly squeaked into the Super 12 stage of the T20 World Cup — but don’t expect their coach to care. For Ryan Campbell, it’s something of a miracle he’s still around to see it happen.

The Aussie was on a visit to see family in Cheshire in April when he collapsed at a playground. The location may have been different, but the incident mirrored that suffered 16 months ago by Christian Eriksen at Euro 2020.

Having spent seven days in an induced coma following a heart attack, and been given survival odds of just seven per cent by medical staff, Campbell’s own sporting comeback is just as remarkable. And on his final assignment with the Dutch national side, he’s signing off in style. 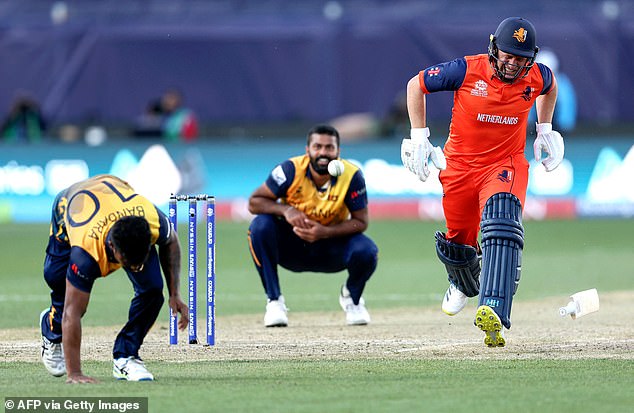 ‘I wasn’t given a whole lot of hope — I think I died at least six times, my wife tells me it might even have been as many as 15,’ he says.

‘I was in hospital for 21 days and in a coma for about a third of that. You could say I’m lucky to be here. I’m certainly making the most of it.

‘I’ve had the same little device fitted as Christian Eriksen. The cardiologist has said it’s unlikely to happen again but, if it does, I’ve got an insurance system.

‘He didn’t want me to leave the hospital and have my wife, my mum and my dad always worrying about something happening again.

‘My youngsters touch it every now and then just to reassure themselves daddy is OK. They went through a pretty tough time. It fills with me with joy watching Eriksen play for Manchester United. If he can run around a football field, surely I can coach a few things. 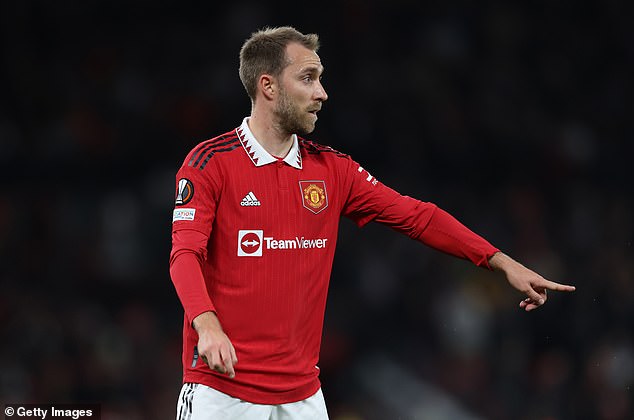 ‘We may have that defib in common, but don’t ask me to play like him! I’m more an AFL man. I’m leaving the Netherlands not speaking much Dutch and with even less football ability.’

Last Sunday was the six-month anniversary of his collapse and Campbell marked it by watching his Dutch team beat the UAE in their tournament opener.

On Thursday, the UAE’s victory over Namibia earned Campbell’s men a safe passage to the latter stages of the competition. They are now in Group 2 with India, Pakistan and South Africa.

Little wonder Campbell, 50, has a spring in his step again.

‘Mate, I’m feeling amazing,’ he says. ‘My health is through the roof. I’m fit, I’m running around. I need to be as well, because I’m trying to keep up with my seven-year-old and four-year-old. 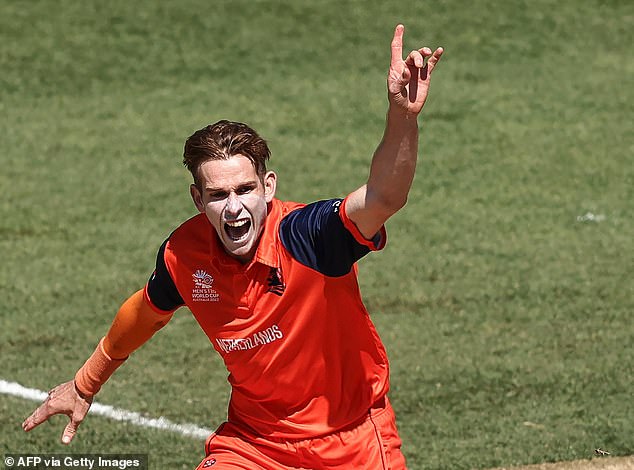 ‘It’s awesome to be back in Australia with the team. This is my last trip with them, so it’s amazing to get to that last round.

‘It was a long shot for me to be here but it was one of my goals. I always wanted to go out with the Netherlands, having taken them to an Australian World Cup. That was always the hope.

‘Just getting here is an achievement but the players have been super supportive. These guys are like my second family. I hadn’t been back to Perth for about 800 days so to be going back there to play in the Super 12 is super-exciting.

‘My drive as a coach is to always leave a team in better shape than they were in when I arrived. I think I’ve done that. Dutch cricket is in a pretty healthy spot.’

Against all odds, the same can be said about Campbell too.