MARTIN SAMUEL: Zak Crawley and Joe Root delivered with the bat as they sharply set about building a lead after eliminating West Indies… but there are still NO strike bowlers and England lack the firepower to push for the win

In an ante room on the second floor of the Curtly Ambrose End here in North Sound, is the old rehearsal room of the National Choir of Antigua and Barbuda.

There is an ancient piano that is as hard to get a tune out of as this wicket, a forgotten electric keyboard and a couple of impressive trophies. The smaller one is for the Best Decorated Booth at the Independence Food Fair in 2006.

The big one, sitting proudly atop the instruments, and considerably more substantial than the Botham-Richards Cup contested here, is more recent, from 2013. National Independence Food Fair — Best Dressed Vendors, reads the inscription. Bless.

England batted very well on Friday, or rather certainly Zak Crawley and Joe Root did

On the wall is a whiteboard detailing breathing exercises and preparation for choir singing. ‘Relax, release, avoid any strain, free from all tension, tightness or pain,’ instructs one message.

Beneath it, more encouragement. ‘We all want to sing today, and sing correctly all the way, to sing correctly is the only way to sing.’ Lovely words, but it still sounds a lot of hard yakka. And all they got to show for it was Best Dressed Vendors. Not even best vendors. Just the outfits proved praiseworthy, not even the grub, let alone the singing.

No wonder the room appears abandoned. Much graft and dedication, for very little reward. This may prove a sadly prophetic story, too, for England in the Sir Vivian Richards Stadium.

They batted very well on Friday. Certainly Zak Crawley and Joe Root did. Gobbled up West Indies first innings lead quite sharply then set about building one of their own. It was rather slow going, for the second day in succession; steady accumulation rather than an onslaught. 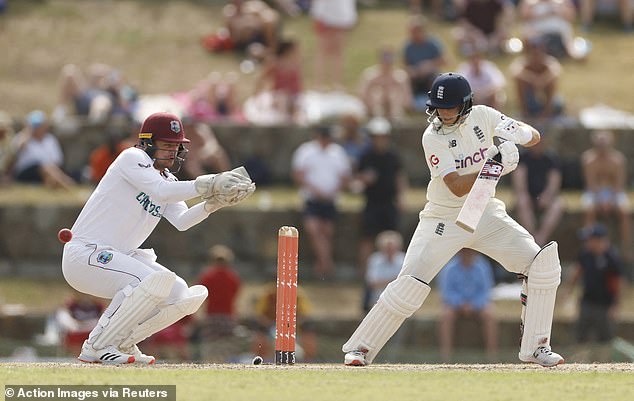 And if England had an attack that looked capable of taking 10 wickets in the remaining time allotted there may have been a greater degree of urgency, from the players or even the travelling support.

Yet, unless West Indies collapse on Saturday — and it cannot be entirely ruled out — the big question on leaving Antigua will be whether the famed red-ball reset has the potency to take 20 wickets anywhere on this tour.

Antigua has been a graveyard for English cricket. The tourists have never won at either of its grounds, their worst record anywhere in the world. Further complication arrives in the form of head groundsman Tony Merrick, who may be remembered as a fast bowler in the Eighties and Nineties with Warwickshire and Kent.

The West Indies Cricket Board privately bemoan that Merrick is not more open to producing surfaces conducive to delivering results. Merrick is stubborn and outside their control. His wicket’s a road, pretty much, meaning days three and four were for the purists. Lovers of The Hundred may not even recognise it as the same sport.

Yet at some stage on Saturday the spotlight will fall on England’s attack, and its ability to take advantage of this situation. Having seen West Indies first innings, confidence is not high, particularly with time lost to heavy showers. 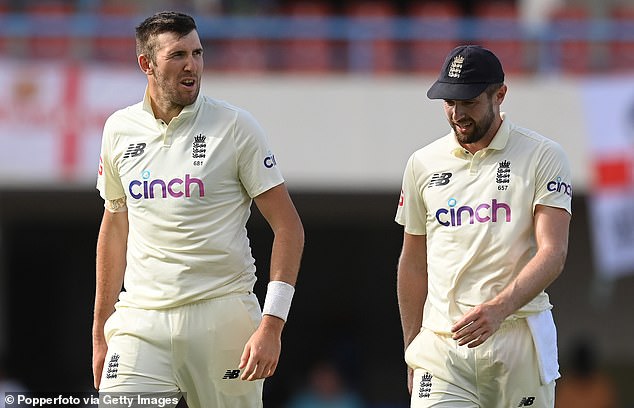 How can a day that was all about England’s batting — and particularly a fine century for Crawley — still end up in a debate around the absence of Jimmy Anderson and Stuart Broad? Well, when Ollie Robinson is out injured and Mark Wood may yet follow him with a troublesome elbow — see Jofra Archer and what a calamity that is for a fast bowler — and England’s two spells with the new ball so far have been abject, we cannot close our eyes to what might lie ahead.

We have a Caribbean tour of two further Tests to come and 20 wickets must consistently fall. A 90mph man with reverse swing like Wood is vital to that; so, too, Robinson, without England’s legendary seam attack.

It was Broad, in Australia, who pointed out the futility of defending consistently low scores. Equally, what England set up on Friday, will feel empty unless a dent can be made in West Indies’ armour on day five.

At the Oval last summer, the fourth Test with India followed a similar pattern to this. India trailed by 99 after the first two innings, then amassed a significant total of 466 in the third.

England were 77-0 and comfortable going into the final day, before losing 10 wickets for 133, and the match. India’s bowlers closed out the game in little more than 50 overs. If England could do that, a step up in scoring rate and a lunchtime declaration could bring victory. 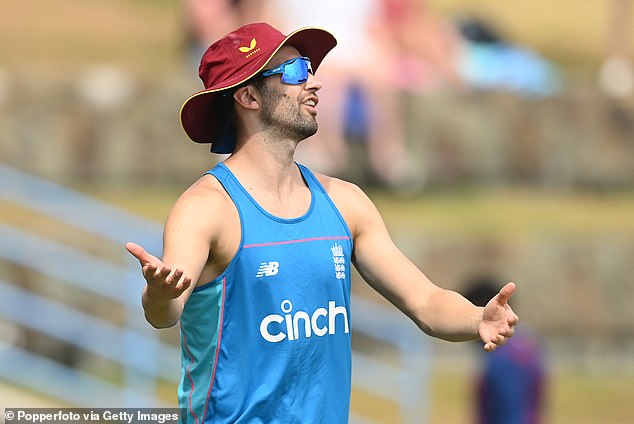 Yet there has been little in the bowling to here that suggests this, no matter the positive words of interim coach Paul Collingwood.

He described the five wickets that fell on Thursday — one a run out, the other the result of some idiosyncratic spin by Dan Lawrence — as exceptional. It felt like one of those moments when a Russian spokesman insists there has been no invasion of Ukraine.

Maybe we shouldn’t be too pessimistic. That was a great innings by Crawley and the hug he received from Root demonstrated genuine affection, a good spirit.

Crawley’s a fine player, everyone who knows the game can see it, and they all want him to push on and do well. Yet glib or chuckle-headed optimism about England’s wider prospects serves little purpose. 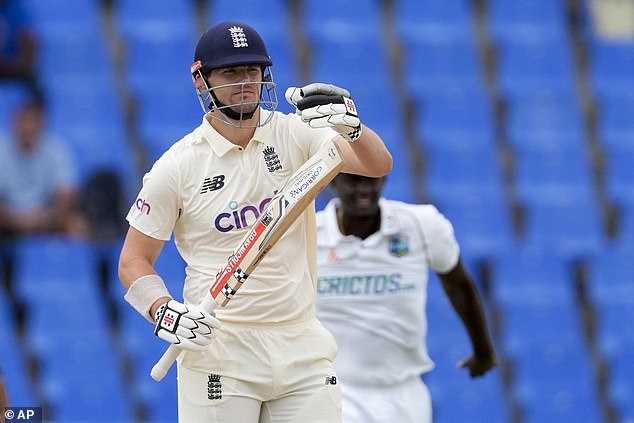 Still, the Barmy Army arrived on Friday with a new song about his prowess. It had two verses. Given that he only made four in his debut Test innings on Tuesday, it seemed optimistic, time-wise. Second innings, gone for six.

Let’s hope they cleared their throats and got straight into it, much like the National Choir of Antigua and Barbuda. Those Best Dressed Vendors trophies don’t award themselves.